Mark Frost’s sole outing as a film director is Storyville, a 1992 New Orleans-set steamy melodrama, stuffed with as much classic deep south intrigue and faded bayou grandeur as he could lay his hands on, overlaid with a smattering of early ‘90s New Orleans seediness and neon-tinged erotica. 1992 is a pretty long time ago now, but this film oddly feels even older, harking back to the kind of noir dramas churned out by Hollywood in the ‘50s and ‘60s. While watching you sometimes get the impression that it may look even better in black and white, such is the mood that it seems to be evoking.

An age ago as it may be now, Storyville seems at first glance quite dated even for the time. Also released in 1992 were The Player, Glengarry Glen Ross, Reservoir Dogs, and Bad Lieutenant—all very modern films, pushing boundaries in their own particular way. It was, of course, the same year that Fire Walk With Me was released, which under Lynch’s control stripped back a lot of Twin Peaks’ soapy melodrama and dug deeper into the darkness of the town and the lives of its inhabitants.

What I’m getting at here is that Storyville doesn’t seem necessarily just a product of its time. It’s not dated, it seems designed to emulate a particular atmosphere—it’s film noir meets courtroom drama, set in contemporary New Orleans, and the juxtaposition of these disparate genres can seem a little jarring at times, but also provides enough interest (and quirkiness) to make it worth watching.

Mark Frost seems to have a penchant for playing around with genres. Twin Peaks, of course, was on the surface a soap opera, and it’s marketing as such caused a lot of the audience to flee in dismay when it turned out to be anything but. It also featured the soap within a soap Invitation to Love. In many ways, you get the feeling that these elements of parody and homage in Twin Peaks were more of Frost’s devising than Lynch’s, given his propensity for meta-narrative and awareness of genre in his work. This awareness is equally evident in the two other non-Peaks shows he created or co-created: Buddy Faro and On The Air. Given Frost’s background as a TV writer (making his name as a staff writer on Hill Street Blues), he certainly brings some of this ethos to Storyville, which veers from hypnotic swampy erotica (with hints of Angelheart) to police procedural with very little warning.

“Down here the past isn’t dead. It’s not even the past.”

The plot focuses on Cray Fowler (James Spader), the heir apparent of a wealthy family that has raised itself from being swamp-poor within a couple of generations, thanks to the oil lease machinations of Cray’s grandfather. Cray’s father committed suicide (or died in a hunting accident, depending on who’s telling the story) just prior to having to testify regarding indictments over illegal oil rights, essentially stolen from the poor families who lived on the land. For some reason, the investigation dies with him. Several years later, Cray is running for Congress, the reason for which isn’t made clear. Perhaps because that’s what rich scions do, or possibly guided by his shady Uncle Clifford (Jason Robards) who has acted as a surrogate father to him since his real father’s death.

Cray’s world—and the film itself—lurches sideways into strangeness when he is lured into a meeting in the French Quarter with an alluring Vietnamese woman, Lee Tran (Charlotte Lewis). The actress is not actually of Vietnamese heritage but her ethnically ambiguous looks are apparently good enough to pass. Lee leads him into an apartment building, past a pornographer photographer’s apartment (Charles Haid, of Hill Street Blues fame) into of all things, an Aikido studio. Her method of seduction is to flip Cray around a couple of times, demand he fight back, which he rather vigorously does by punching her in the face. Foreplay apparently over, she leads him into a jacuzzi, where they proceed to do the deed. The character of Lee Tran is strangely reminiscent of another exotic foreign lady trapped in a web of forces beyond her control, although I don’t recall Josie Packard being an expert in Aikido. 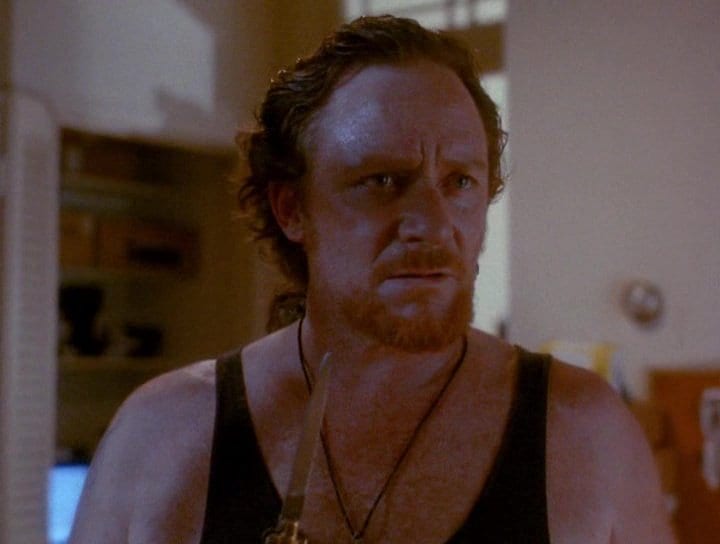 Not to give the whole plot away, but this triggers a spiral of blackmail, murder, and most importantly the courtroom drama section of the film, with Cray defending Lee Tran for a murder charge against her father, thanks to the evidence of a corrupt vice cop (wonderfully played by Michael Parks) who is also apparently working for his political opponent. Simultaneously Cray is investigating the family secrets, and delving deeper into the crimes he suspects—or intuits—that his grandfather committed to accrue the family fortune.

The film is possibly not the most tightly-plotted or extremely coherent, but you can’t argue that it’s not a lot of fun, with delightful touches of weirdness in it that make you wonder whether Frost absorbed some of Lynch’s surrealistic touches, or whether some of that jazz-snapping quirkiness should rightfully be laid at Frost’s feet instead. Spader delivers a great performance, exuding the air of wealthy privilege with the occasional burst of hardheadedness that brought to mind his turn as Robert California in The Office. Some of the real joy in the film is in the small touches, the asides that Frost lingers on, and the lesser characters that Frost doesn’t ignore but seems to delight in bringing briefly to the forefront, and allowing the actors to breathe life into. Charles Haid is cast against type as the porn photographer Abe Choate, but brings a wonderful seediness to the role that will make it hard to ever watch him in Hill Street again. 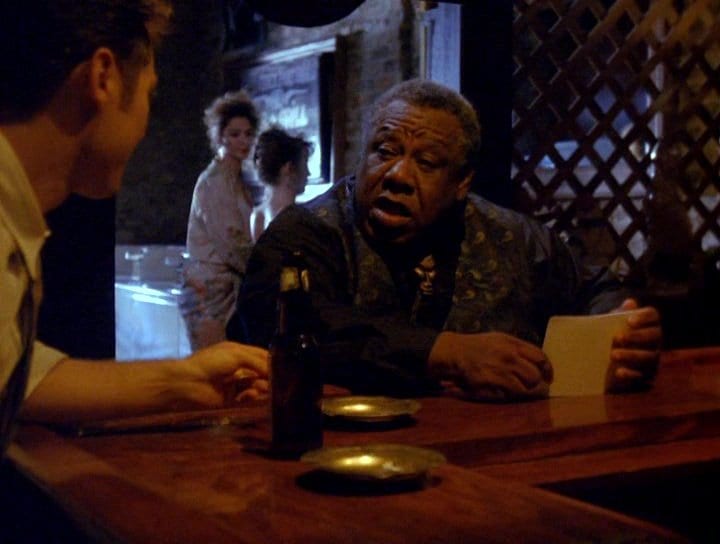 Chino Williams steals every scene he’s allowed to be in as Fats, the local bar owner, who Cray somehow seems to know. Piper Laurie as Cray’s mother is as deliciously mental as she is in Twin Peaks, playing the sozzled aging southern belle like she was born to do it.

Set against these wonderful character players, and the lush mood and scenery, the actual plot (and all its holes) seems a little overly convoluted and unnecessarily hokey. Frost’s directing and the cinematography does a good job of evoking the seedy excess of both the upper and lower ends of New Orleans society, and to an extent he focuses a little too much on delivering an accurate rendition of the noirish plots he seems to be emulating. Any notion that this film is to be taken too seriously is rendered null and void by the quite bonkers courtroom finale, which is so preposterous and unexpected that you have to assume and hope that Frost is playing around with genre tropes.

The film then is a glorious moody exotic jumble then, much like New Orleans itself: populated by wealthy criminals, oddballs, scum, crooked cops, and femme fatales. Approach the film in that respect and leap head-first into the madness, like Frost appears to have done with great glee, and you will no doubt have a grand old time. 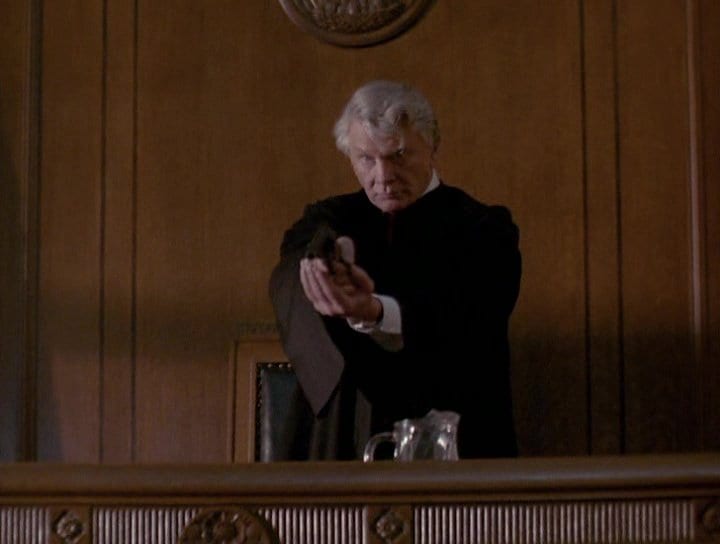