Here at 25YLSite, we handle a lot of heavy lifting. Analysis, interpretation, deep discussion, introspective interviews…you name it, we’ve got it. “Favorites” takes a lighter approach to the material we normally cover. Each week, we will take you through a list of favorites—whether its moments, scenes, episodes, characters, lines of dialogue, whatever!—in bite-sized articles perfect for your lunch break, a dull commute, or anywhere you need to take a Moment of Zen. So, sit back and enjoy this week’s offering: J.C.’s top five movies of 1993.

25 Years Later Site is introducing a new featured article series next year entitled, “Film 25YL”. Films from 1994 will be featured, as there were a lot of great films that came out that year. Another year that also had a lot of great film was 1993, which makes those films twenty five years old this year. Film is funny because what you may think is the most brilliant film on the planet, someone else may think is utter rubbish.

You may say, “J.C. you are crazy for picking ‘blah blah blah’!” Well then, tell me your top picks. These films are the ones that were memorable and the top for me. Since I was fourteen years old in 1993, some of these picks may border on the nostalgic more than the critically acclaimed. So don’t expect to see Schindler’s List or Philadelphia, or even The Piano. Those are all brilliant films and deserved of the many accolades they have been given, but this is not that list. Without further ado, I give you (in no real particular order) my top five films of 1993.

I’m under the impression that this movie could be, in some form, on television every single day. There is not a day that goes by that when I get to sit for a moment with my television controller at the ready this movie is not on TV. Richard Linklater’s coming of age film about outgoing seniors and incoming freshmen of ’76 had me from the minute I heard the groovy soundtrack, witnessed Ben Affleck in a shag and bell bottoms, and McConaughey’s Wooderson’s famous quote, “Man, it’s the same bullshit they tried to pull in my day. If it ain’t that piece of paper, there’s some other choice they’re gonna try and make for you. You gotta do what Randall Pink Floyd wants to do man. Let me tell you this, the older you do get the more rules they’re gonna try to get you to follow. You just gotta keep livin’ man, L-I-V-I-N”. That’s what I love most about this movie. It is a true coming of age film, but also a becoming of who you are. Where do you stand? And what do you stand for? All right, all right, all right.

The Nightmare Before Christmas 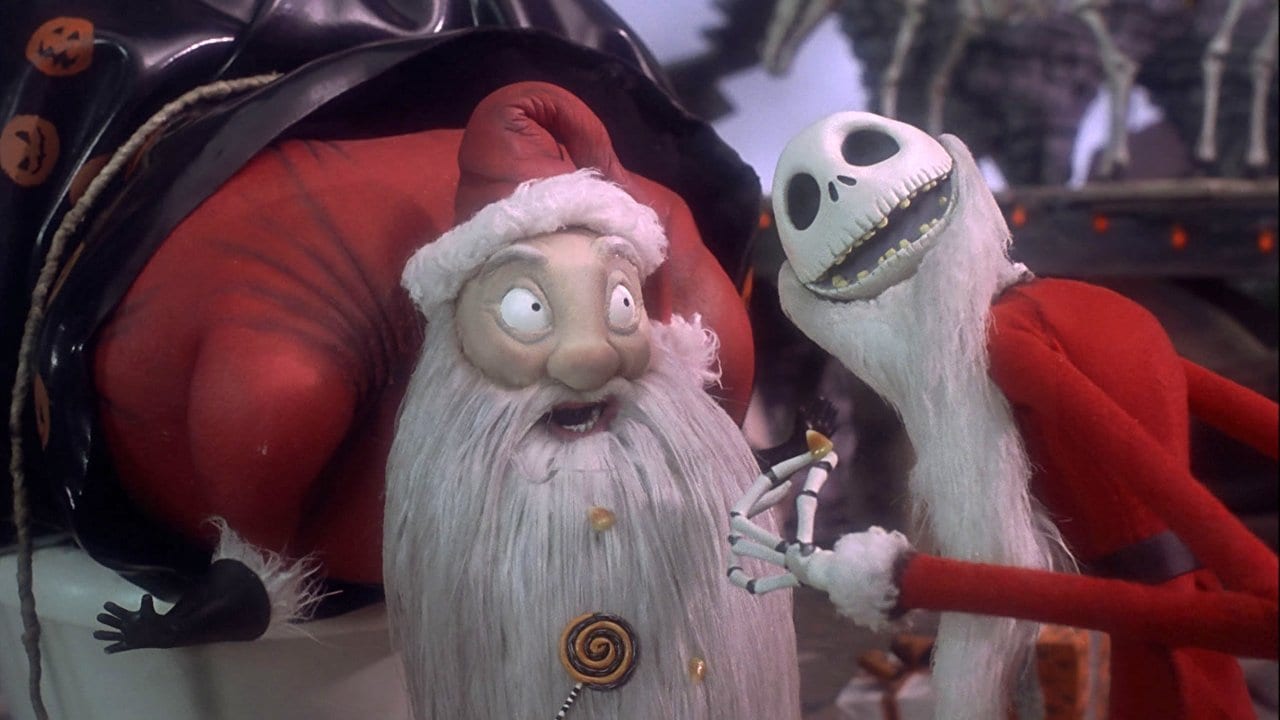 I adore Tim Burton. I am a true fan of his work. Some people don’t like him at all. There is a whimsy in his work that I just simply find fascinating. This movie hammers that whimsy home and presents it with a bright, big red Christmas bow. The Nightmare Before Christmas is infectious in its song, funny with its delivery, and gives us one of the most iconic characters in Jack Skellington, the Pumpkin King. More than that, it is a story about looking for something more in your life only to then realize what you have and how much you should appreciate everything that life is. Who would have thought that a little stop animation Disney movie directed by the same man as Pee-Wee’s Big Adventure could have such a life affirming message? 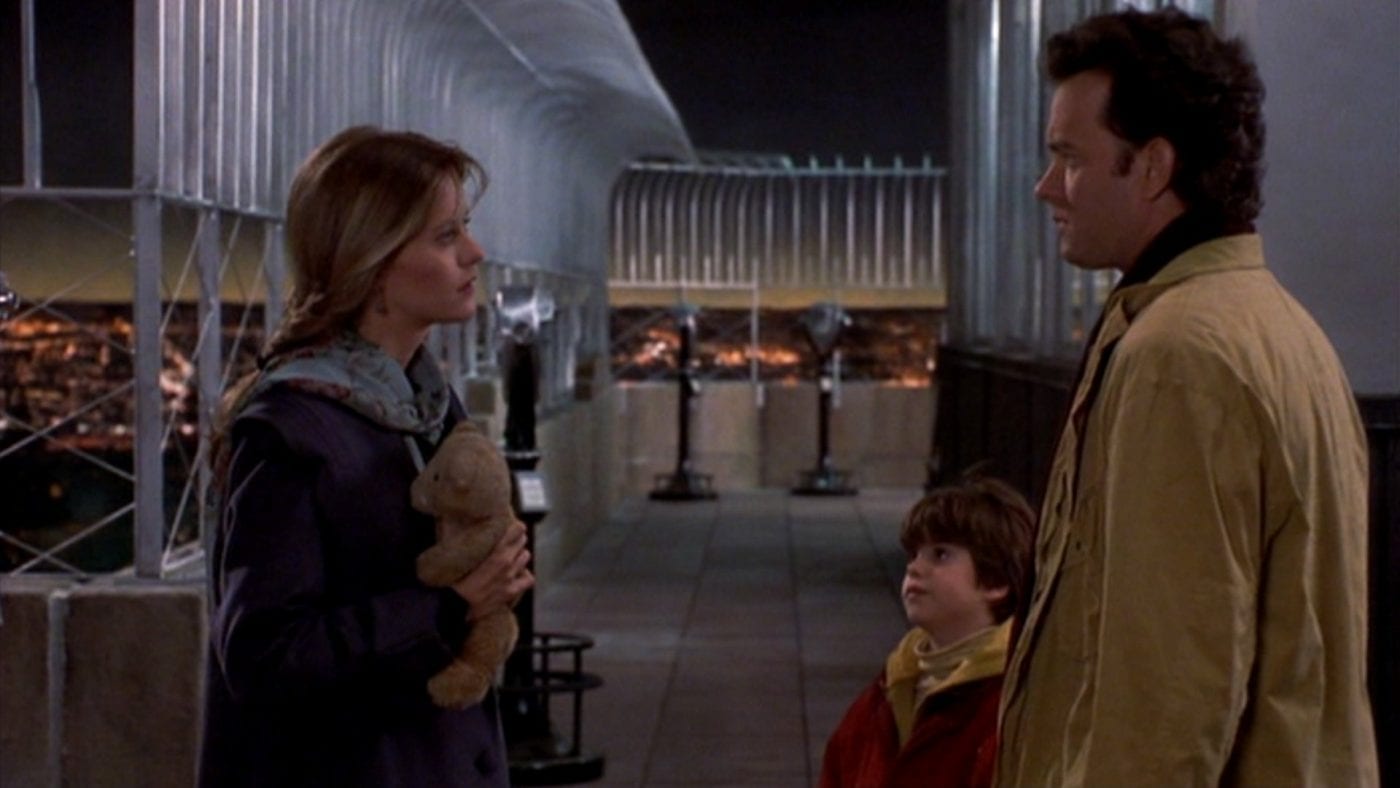 I read an interview with Meg Ryan Wednesday morning on TODAY.com.  In it she talks about how Sleepless in Seattle endures as that movie that just brings a sense of comfort and has become a go-to movie for many when not feeling well. This is truth, because this is that movie for me. Since Joe vs. The Volcano, the partnership of Tom Hanks and Meg Ryan is magical; though not as magical as their connection throughout this movie. Add the nostalgic touches of An Affair to Remember, a cameo from Hanks’ real life wife Rita Wilson, and a soundtrack that I still listen to (on cassette no less), and you have the makings of one of the best romantic comedies of all time. 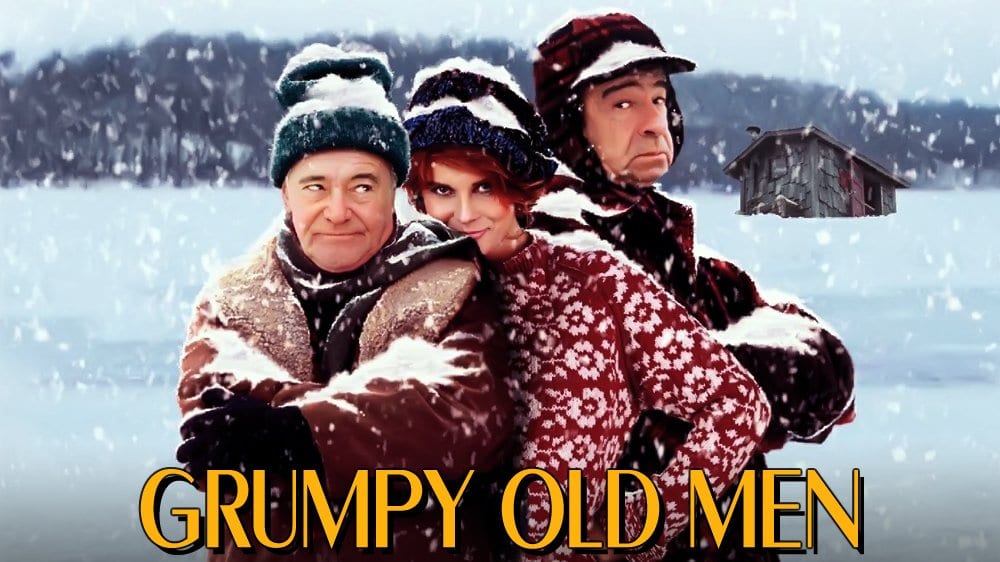 As the original odd couple, Jack Lemmon and Walter Matthau shine in this film. I would have included this film in the list just for the outtake innuendos at the end credits by the tremendous Burgess Meredith, who plays Lemmon’s character’s father. Through a competition of charm between the two for the heart of Ann-Margret, who steals the show as their new neighbor, Ariel, we witness comedy at his finest. What I also adore about this film is how it shows aging, death and the process of grief, and the realization of what is most important in your life. Believe me on the innuendos though…crying, cannot breath, side hurt laughing.

I would be remiss if I did not include this movie. Bill Murray at his finest, this movie is another one of those that, when flipping through the channels make me think: “Oh my gosh! I haven’t seen this in forever. I have to stop everything I’m doing and watch this right now.” I have to be honest, if it has Bill Murray in it; I am going to watch it. This movie, though, has a sense of humor about routines, being stuck in your own version of what you think your life is, and what can be holding you back. It truly follows how I think many of us would react if given the chance to live the same day over and over. You would try new things, lose your sense of fear about living, and take a chance on something new. We see Phil Connors go through these stages and much more. At the end, he gets the girl and learns the lesson—live your life, the way you want to live it, every day. Do not even let yourself get in the way of living the life YOU want to live. Pretty good for a silly little comedy, don’t you think?