Tis the season to be nerdy, and here at 25 Years Later, we thought we would help you find that perfect gift this Christmas for your film addict loved ones. So join Anthony Divers as he roots around the best of movie-related gift ideas, from shoppers on a budget to the wealthiest buyers, we’ve got you covered.

Christmas has many traditions attached to it, and each family has their own little schedules and rituals they like to stick to each year. Decorating the tree, Christmas Lunch, and of course—opening gifts. For me, someone who relates more to The Grinch than to Santa Claus, Christmas can be a nightmare. The stress of making sure you get the right gifts, the panic of navigating packed shopping centres, and the vast emptiness of my wallet after the tinsel settles on December 26th. But one thing I do love about Christmas is watching family and friends opening the gifts I bought them. It genuinely makes me happy to see their reactions as I do put a lot of effort into their gifts. So, I’ve looked far and wide to find the perfect gifts for the movie lovers in my life, and thought I’d share it with you in case you’re struggling to find the perfect gift. And I’d like to start with my old faithful, last-minute lifesaver—Funko Pops.

Funko Pop Vinyl Figures are the perfect gift in my opinion. They cover so many genres and concepts, TV, film, music, gaming, there’s a LOT to choose from. And the character designs are so cute and well produced. I think anyone would appreciate a little mini version of their favourite character or person. I personally have around 30 Funko Pop’s, and I think I’ve only ever bought one for myself. (Limited edition Alien Covenant variant to complete the collection), all the others were gifts bought for me by friends and family. They’re generally affordable unless you’re after a special double pack of limited edition, and they appeal to all ages. The selection of Movie inspired Pop’s they have on offer is incredible. Horror, fantasy, comedy—it can be difficult to find a popular movie that hasn’t been covered by Funko.

One of the pictures featured here is my all-time favourite Funko Pop (Which I am hoping Santa brings me this Christmas) the one and only Black Phillip from underrated English chiller, The VVitch. I absolutely love that film and was overjoyed when Funko announced you would soon be able to own your own little satanic goat. After all, who doesn’t wish to live deliciously?! It’s a perfect example of why Funko is a great gift, they don’t just cover the Hollywood blockbusters that are universally loved, they dare to venture into risky territory too, making niche customers happy. 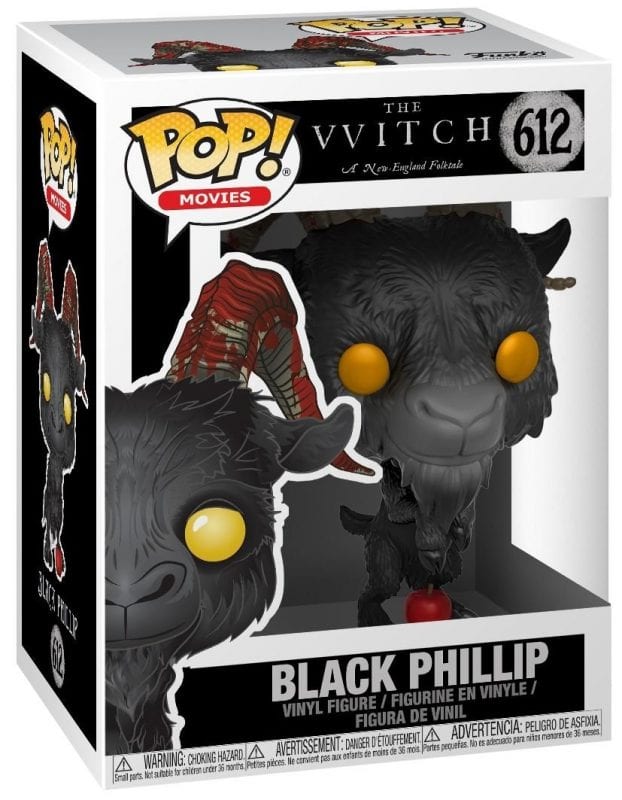 And from the affordable to the expensive, the Disney Classics Complete 55 Disc Movie Box set is the thing dreams are made of. The 55 discs cover all of the classics, from Snow White to Moana, and everything in between. At an eye-watering £249.99, the Blu-Ray edition may be out of many customers price range—but for collectors, it’s a diamond in the rough. The set is presented in a beautiful white, slim box, adorned with a classic black and white shot of Steam Boat Willie. Each disc is positioned decoratively beside original poster artwork, making the box feel more like an art book than a regular Blu-Ray case. Speaking of which, the box also contains a beautiful book of original illustrations and lines from the films, sure to please any fan of the universe Disney has been building since 1937. For £50 cheaper you could get your hands on the DVD edition of the box set, which comes in the same box and includes the book and artwork for £199.99. Everyone has a favourite Disney film, and for a bit of extra cash, you can give them all 55!

From one expensive, magical box set to a more affordable, but just as magical one from none other than my idol—Mr David Lynch. This box set may have been around for a while, but as a relative newcomer to the world of Twin Peaks and all things Lynch, I think this is a great little collection of some of his greatest films. And priced at just £10.99, it’s a steal. Included in this DVD set are 6 of Lynch’s greatest films; Eraserhead, Dune, Blue Velvet, Wild at Heart, Lost Highway and, in my opinion, the greatest film ever made: Twin Peaks: Fire Walk With Me. There are also special features included for 5 of the 6 films (FWWM has none strangely) and a bonus disc with 12 short films. I think the only thing that could make this collection better, is if it included The Elephant Man. But at such a great price, I forgive them for not including it in the set. This box set is great for fans of David Lynch, and also for those people you want to introduce to the dark and twisted world he has created.

Next up, a little treat for the horror-obsessed people in your life. I found this little website a few years back and have ordered from them on numerous occasions. The website is rabbitinred.co.uk, and what they offer are some of the coolest t-shirts on the web. What makes them stand out from any other website is the way they make their t-shirts. You choose from a huge range of classic film posters to have on the top, and then you can choose to add ‘ageing’ to your chosen design. From minimal scratches and tears to quite excessive damage. The t-shirt isn’t affected, just the image on it, making it look older and worn—which is really effective, especially on the older movie posters. It looks excellent, I have a few myself. I always get compliments when I wear them, particularly my Lost Boys one. So if you’re buying for someone who loves horror films, this site could be for you. The films they cover a range from old to more modern titles, The Blob to The Babadook. And it’s not just horror titles, they have separate sections of the website for Exploitation films, Sci-Fi, Westerns—the range really is impressive. Base t-shirts cost around 15 pounds, and you can also choose sweatshirts, vests and long-sleeved t-shirts. They also feature rare images, like Japanese versions of the posters, if you prefer something a bit different from the classic poster everyone recognises. The only downside, in my opinion, is that when you first get your order, the image can feel a little stiff, which can feel uncomfortable at first. But once you’ve washed it a few times it softens up a lot. As a huge horror fan, I love these t-shirts, and I would recommend them to anyone who likes an outfit that stands out from the crowd. They even have a Twin Peaks: Fire Walk With Me design. Sold!

For the Halloween fans

Everyone knows someone who loves John Carpenter’s Halloween. And a little website called sacredbonesrecords.com features some really cool things that would get those Halloween fans excited this Christmas. The website has a lot of cools records, books and merchandise, but the Halloween items, in particular, are really cool. They have various t-shirts, quite simple designs but classic Halloween for sure, priced at $20.00. These are more understated than the ones mentioned earlier from rabbitinred.co.uk. As well as t-shirts, the website has vinyl soundtracks from the Halloween movies, John Carpenter art prints, Blu-Ray’s and a really cool enamel pin badge of Michael Myers with a shooting range target on his body. These are also reasonably priced, ranging from $10.00 for the pin badges, and just $19.00 for the LP. So for a more unique gift for the Halloween fanatic in your life, head over to sacredbonesrecords.com. 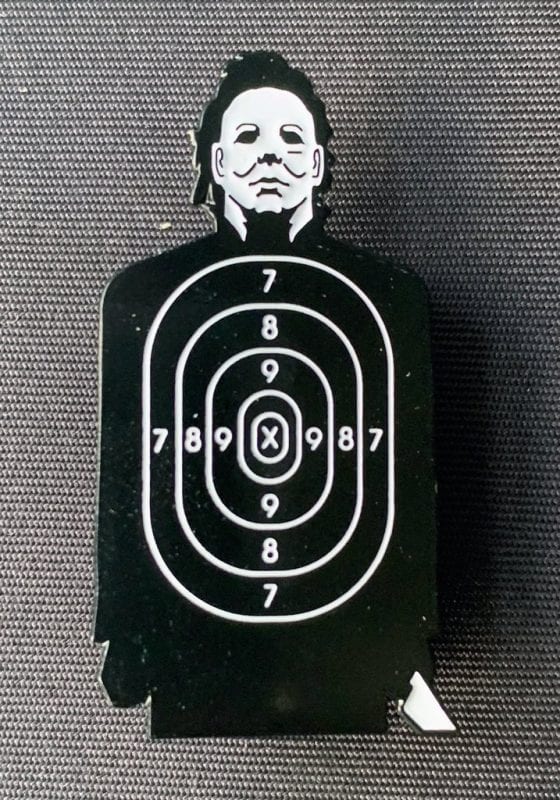 Now for one of my favourite websites for gift ideas—Etsy. If you’re unfamiliar with this site, it is a place for independent creators to show and sell their goods, and the variety and range of things available is awesome. Looking particularly for movie related gifts, there really are hundreds of options out there. I spent five minutes looking at the Etsy app for this article and in that short time, I found Ellen Ripley Lego figures, Anabelle pin badges and Twin Peaks: Fire Walk With Me art prints. I really can’t recommend this site enough. If you’re looking for something unique and not too pricey, Etsy is the place for you. Just type in the name of a movie in the search bar and behold the wonders on offer. The items are unofficial as they are usually handmade by the sellers, but for me, this makes them even more special. 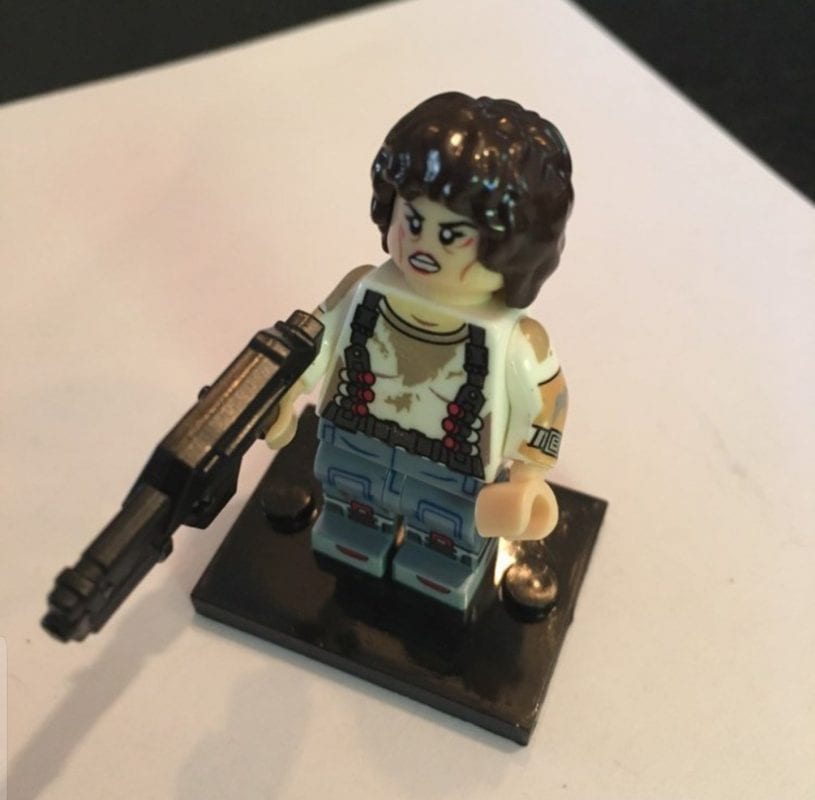 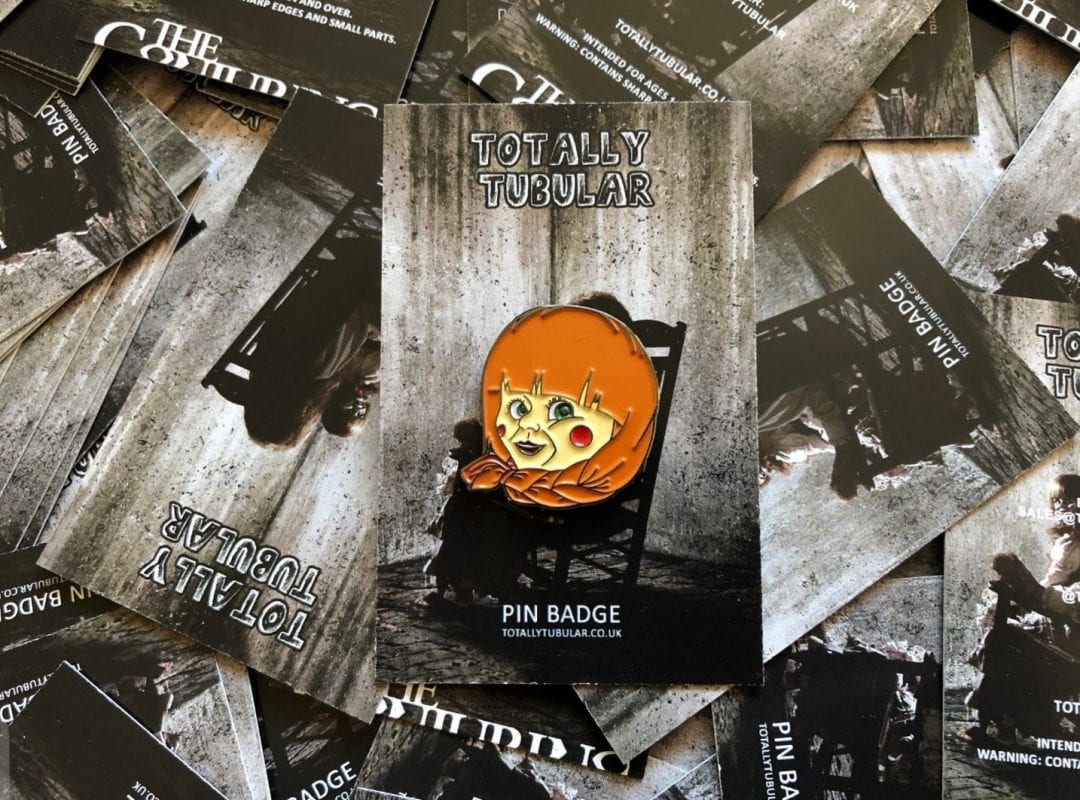 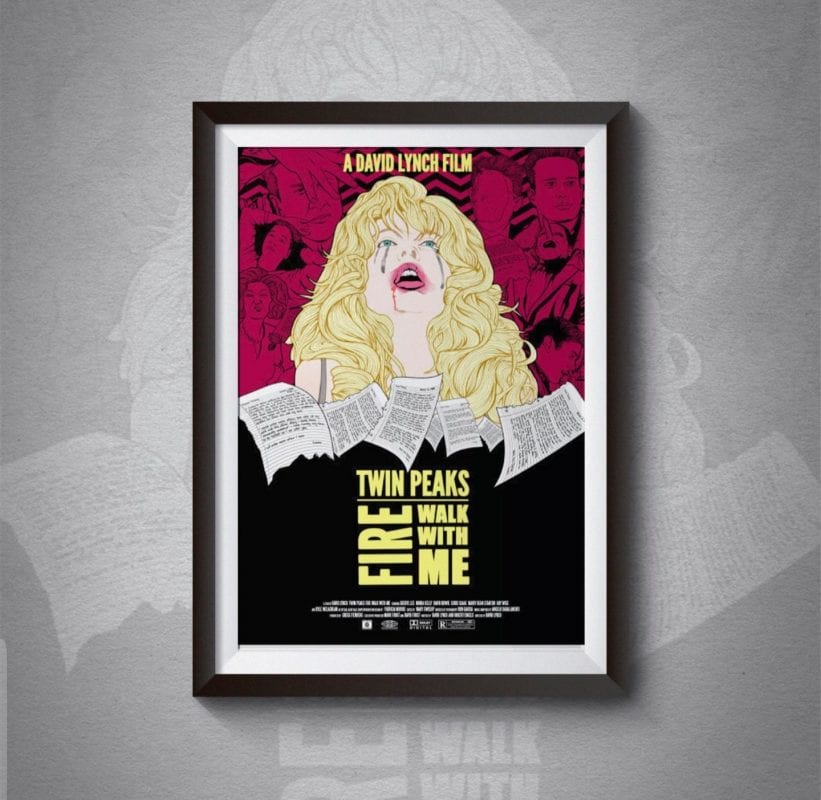 So I hope I’ve given you some ideas of what to get your beloved film buffs! And on behalf of everyone here at 25YL, we would like to wish you all a very Merry Christmas, and prosperous 2019. Cheers!

Anthony Divers is a writer and social media manager for 25YL, and works as a team leader for a group of staff in a service centre. He loves gaming, horror movies and music. Living in the North East of England, he is surrounded by family, cats and his partner, who also works for 25YL. He believes he is the funniest man in England, and collects the souls of his defeated enemies in cute little jars. He has won first prize for the annual Valentine's poetry competition at his work place 3 years in a row, and also took the trophy for Best Wig in 2014*

*no one else was judged, or indeed asked to wear a wig, but a trophy's a trophy.