Here is my controversial opener: El Indio, played by the wonderful Gian Maria Volontè, is the best villain in any Sergio Leone picture. Don’t worry, dear friends—I won’t leave you hanging with such a bombshell; read on to discover why. It would be reasonable for a viewer to declare Lee Van Cleef’s Angel Eyes in The Good, the Bad and the Ugly to be the supreme villain, and indeed just as reasonable to declare that no, it is Henry Fonda’s character in Once Upon a Time in the West who takes the top spot. Both are good choices, but I will argue that it is El Indio who is the best villain; not only in evil deeds but, more importantly, in an emotionally tormented sense that lets the viewer into his mind and heart in a way with which neither Angel Eyes or Henry Fonda’s Frank can compare. While I will not argue that For a Few Dollars More is the best Western directed by Sergio Leone, we shall see why it is on a different level of quality and complexity than its predecessor, A Fistful of Dollars, not least because of Volontè’s riveting, towering performance. And, of course, the greatness of Clint Eastwood, who returns as the Man with No Name (actually he does have a handle: Manco), and Lee Van Cleef, who plays Colonel Mortimer, a good guy, which may come as a surprise.

For a Few Dollars More is a story about two bounty killers, who become allies after a brief scuffle and decide to pool their resources to take down the devilish and dangerous El Indio. The film is just as stylish as A Fistful of Dollars but adds layers of emotional complexity and resonance that put it comfortably above the first film of the trilogy. While there were moments in A Fistful of Dollars that were emotionally satisfying, the two films that followed it had far more wallop to them. This is a story of revenge and justice. The main reason why For a Few Dollars More is so much more complex in the feelings it provokes is because of the quality of the villain and the gravity of his crimes. While El Indio is raping Mortimer’s sister, she takes a gun and kills herself. This in itself is perhaps not as grave a crime as slaughtering a whole family—as Henry Fonda’s character in Once Upon a Time in the West does—but it is the odd nature of Indio’s guilt and remorse that puts his character above any other in Leone’s Westerns. The viewer feels that as evil as his actions were, they came from a twisted kind of love. It is this love that makes Volontè’s character and performance so much more tragic, and more than just a bad guy.

The scenes with El Indio and the musical locket that he stole from Lee Van Cleef’s sister—where he challenges enemies to a duel once the music stops—is so damn poetic, as it channels all of the guilt and self-hatred that defines Indio, who’s somehow hoping that by reminding himself of his abhorrent actions, he may be able to outrun them and one day reclaim his humanity. Killing people for money is one thing, but being responsible for the death of an innocent young woman in love—with her whole life ahead of her—is another thing altogether. Even within the world of an outlaw, there are rules, and he broke them. I love how Leone puts this story on a slow burn. You only discover the true relationship between Mortimer and Indio at the close of the film, and you never quite understand the entire story behind Indio’s actions. Was this a chance encounter? Did he know Mortimer’s sister prior to his actions? We don’t know, and this space for the viewer to fill in the gaps makes this an even more powerful bit of film.

What is most amazing about For a Few Dollars More is how it builds so successfully on the style and tone of the first picture, and in every single way improves upon what went before. This is—as you know, dear reader—unusual for a sequel, which are more than often a pale shadow of the original. Clint Eastwood is just as magnetic and charismatic as he was in A Fistful of Dollars and proves that his star-making role was not a fluke, but a product of supreme talent. The back and forth exchanges between Clint and Van Cleef are a joy to watch, and the kind of friendship they develop makes Van Cleef’s evil as sin, Angel Eyes, all the more appalling when you get to The Good, the Bad and the Ugly. The films within the Dollars Trilogy are not directly connected then, apart from the constant of Clint’s Man with No Name/Manco/Blondie, which may be one reason why they all stand on their own so successfully. If The Good, the Bad and the Ugly and Once Upon a Time in the West weren’t such incredible pictures, For a Few Dollars More would be Leone’s masterpiece. For anyone else in the Western genre, this would be their definitive work. Yes, even John Ford.

The ending of For a Few Dollars More is incredible and, again, if it wasn’t for the stunningly iconic nature of The Good, the Bad and the Ugly, this picture would take the cake for the greatest ending in a Western. The music plays, and the final judgement is delivered. Like Angel Eyes, El Indio is motivated by a twisted moral code. Unlike Angel Eyes, though, El Indio is someone who hates himself and what he has become. The scenes with Volontè remembering his grave crimes allows the viewer to put themselves in his place. In this way, the character of Indio could be easily transplanted to a Film noir picture, telling much the same story of his fated doom. He’s an evil man, but his weakness is all of our weakness; our capacity to do great evil given the right circumstances. El Indio is the best written and performed villain in any of Leone’s pictures because of this reason. Angel Eyes is straight-up evil, but his motivation is not trying to outrun his past; it is pure greed and violence. Henry Fonda’s Frank is likewise as rotten as it gets, but he shows no remorse or regret; it is harder for the viewer to understand his evil and, most importantly, put themselves in his shoes. It is this understanding—that we are a bad day or two away from committing unforgivable crimes—that makes El Indio and For a Few Dollars More so powerful.

While A Fistful of Dollars may be the most influential Western of the last 50 years (and it is), it must be said that For a Few Dollars More is a better, more complex, more emotionally satisfying and riveting picture. For a trilogy to not only fail to diminish as it continues is one incredible thing, but for it to get better with each instalment? Almost unheard of. Not even Francis Ford Coppola could do this with his The Godfather films. With each picture, Sergio Leone got more and more ambitious, adding layers upon layers, telling deeper stories and honing the incredible sense of style that he brought to the Western genre. For a Few Dollars More is a work of supreme artistry and deserves to be celebrated as such. If you haven’t seen it, now’s your chance! 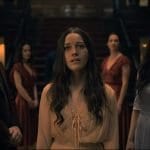