Here at 25YLSite, we handle a lot of heavy lifting. Analysis, interpretation, deep discussion, introspective interviews…you name it, we’ve got it. “Favorites” takes a lighter approach to the material we normally cover. Each week, we will take you through a list of favorites—whether its moments, scenes, episodes, characters, lines of dialogue, whatever!—in bite-sized articles perfect for your lunch break, a dull commute, or anywhere you need to take a Moment of Zen. So, sit back and enjoy this week’s offering: Rachel Stewart’s top five unconventional holiday films.

Okay, look: there’s nothing wrong with A Christmas Story or National Lampoon’s Christmas Vacation or even Love Actually. But sometimes, if you’re a pop culture-loving junkie like me, you want to watch something else to feel festive or introspective during the mid-winter slump or to tune out from real life. And while many a meme may claim it’s not Christmas till they see Hans Gruber fall from Nakatomi Tower in Die Hard my list is a wee bit more…unconventional. 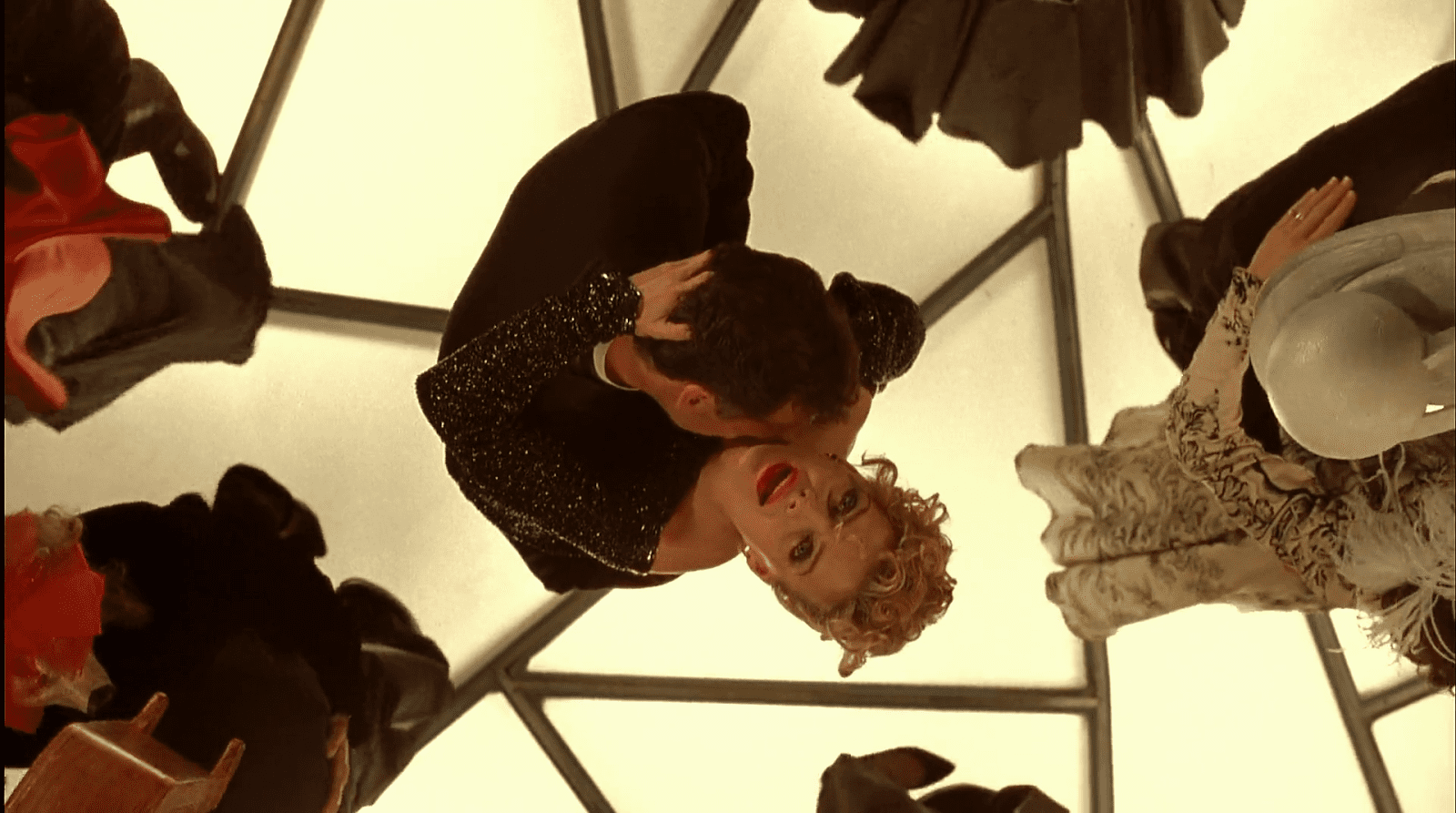 An orphan. A woman scorned. A child abandoned. A bad boss. It sounds like a Hallmark Christmas film. No, ladies and gentlemen, it’s the best Batman film of all time. It’s Batman Returns and it’s my equivalent of Die Hard. While Batman Returns was a big summer release back in the day, the film is set at Christmastime in Gotham City. And while it isn’t an origin film for all the characters (since Batman’s story was firmly established in the first film) it takes a hard look at how families (or lack thereof) can shape us and turn us into heroes or villains.

The Penguin’s family threw him away for being deformed even though he was their first born. At one point, Max Shreck reminds Bruce Wayne that he and Oswald Cobblepot (the Penguin’s alter ego) might have been roomies at prep school had his parents not cast him off into a sewer. Meanwhile, Selina Kyle is a people pleaser who can’t get ahead or keep a boyfriend and her mother’s overbearing messages on her answering machine are so telling that when she returns from the dead (after being thrown from a window by Max Shreck), the answering machine and her stuffed animals are the first things to go. She’s done playing nice and she’s ready to wreck havoc as Catwoman in the world that destroyed her. As always, there’s Batman/Bruce Wayne brooding in some dark corner of Wayne Mansion, with only Alfred the butler to watch over him. As he and the other villains of the piece collide, Bruce is sympathetic but wary (and weary) that other humans might understand his own demons but let themselves be destroyed by them. And out of all the scenes in the film, the masked ball at Max Shreck’s kills me everytime. Both Bruce and Selina arrive without masks only to realize who the other really is. “Does this mean we have to start fighting now?” Selina asks, mascara-tinged tears welling up in her eyes.

Good will to men…and women.

The Lord of the Rings Trilogy

This trilogy of movies has nothing to do with any given holiday. However, when I was in college, these films based on J.R.R. Tolkien’s books were released in December (most likely for award considerations) and it’s now become a tradition to pop these films in (extended versions only, thanks) around the holidays. There’s something comforting about being transported to Middle Earth, which is full of homey, cozy hobbits, wise wizards, glimmering elves, and terrifying Orcs. (The humans are just okay, I guess, although they’re the reason we’re in this mess to begin with.) Epic battle scenes, good humor, and amazing costumes make this the perfect set of films to chill out with or a brilliant culinary excuse to plan an epic meal of breakfast, second breakfast, lunch, tea time, and supper with friends. (I’m still planning my menu.) In the end, it’s also nice to see good triumph over evil, especially when winter feels so dark and unforgiving. May we all pass the test and diminish into the West.

The hipster part of me wants to say I am so glad I grew up on Tim Burton films before it was cool. While many people may watch Edward Scissorhands at Halloween, I find it works at Christmastime, if for no other reason that the beautiful snow sequence and latter part of the film being set at Christmastime. An important parable about being kind to others through a goth-kid gaze and set in technicolor mid-century America, this film never fails to take my breath away with its beauty and quirky humor. Edward is kind to everyone and finds a way to bring out the beauty in everything he can safely touch: animal’s manes, front yards, and women’s hair. But there’s only one thing Edward (played masterfully by Johnny Depp) wants and that’s to be like everyone else (with real hands) so he can love the popular girl, Kim (played by Winona Ryder in a terrible strawberry blonde wig). Ahhhhhhh, Winona Forever.

Somehow it all goes sour when Kim’s violent ex Jim (played by never the jock, always the geek actor, Anthony Michael Hall) turns the town against Edward, and Edward is banished back to his castle on the hill of the subdivision, where Kim makes all believe that Edward died fighting Jim (whom Edward really killed to protect Kim).

The film is book-ended by an old lady telling her grandchild a story about how snow came to be, with the reveal that the grandmother is, in fact, Kim. As a child, the ending felt sad but perfect. Now, as an adult, when elder Kim says “Sometimes you can still catch me dancing in it” in relation to the snow (and beauty) that Edward brought it to their lives, I weep. Cue Danny Elfman’s flawless score and roll the credits.

The Chronicles of Narnia: The Lion, The Witch and the Wardrobe 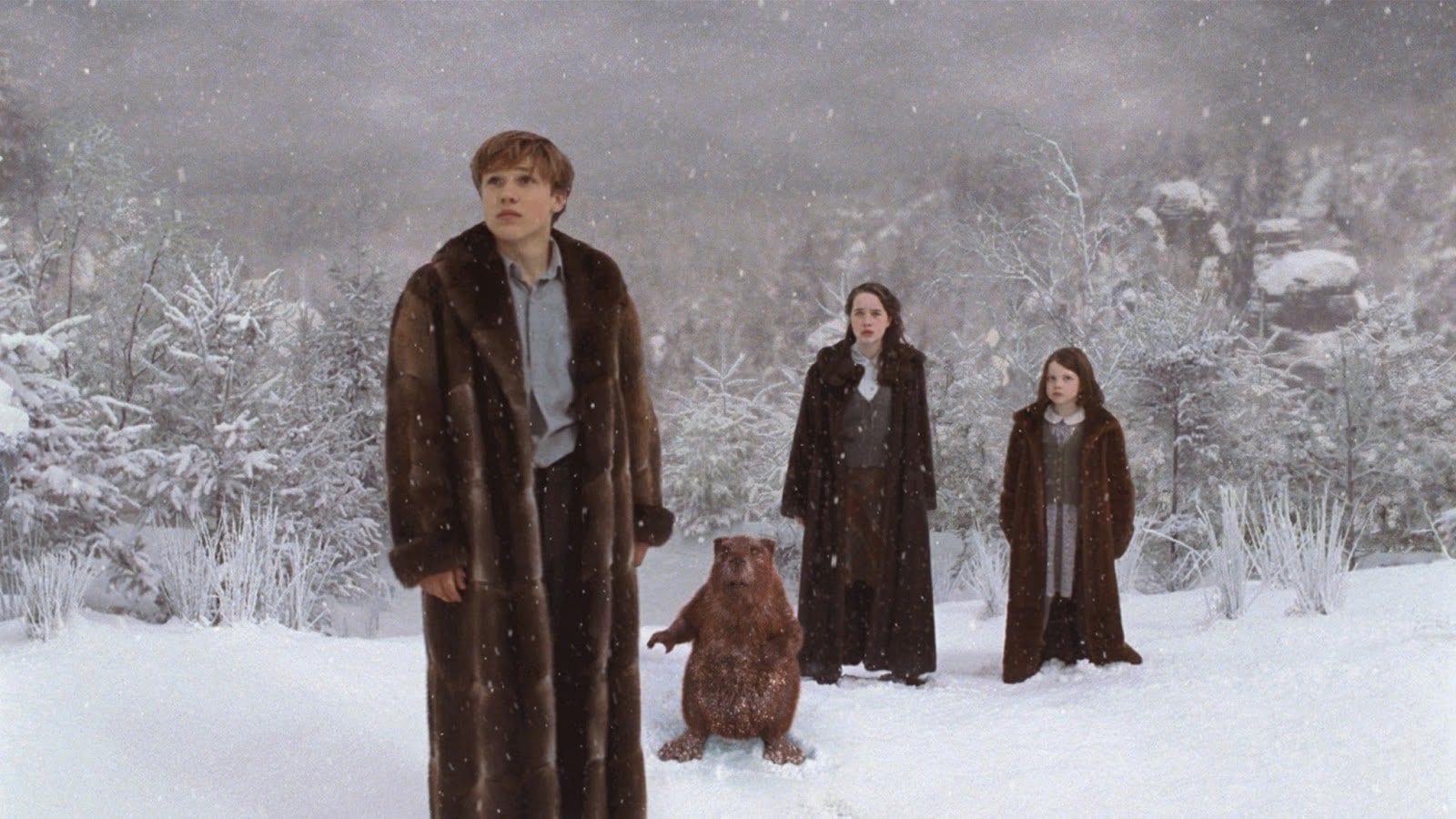 And now for something a bit more straightforward. Taken from the beloved series of books by C.S. Lewis, The Lion, The Witch, and the Wardrobe sees the Pevensie siblings sent away to the English country during World War II only for them to fall through a magical wardrobe and find themselves fighting in their own magical war. There’s magical creatures, Turkish Delight, Father Christmas, a lion that’s an allegory for Jesus and a White Witch that puts Hans Christian Andersen’s Snow Queen to shame. While Lewis’s mix of Christian beliefs and fairy tale lore are harder to swallow as an adult, this film always makes me feel like a child again, much like the Pensive siblings returning to the real world after a lifetime in Narnia. 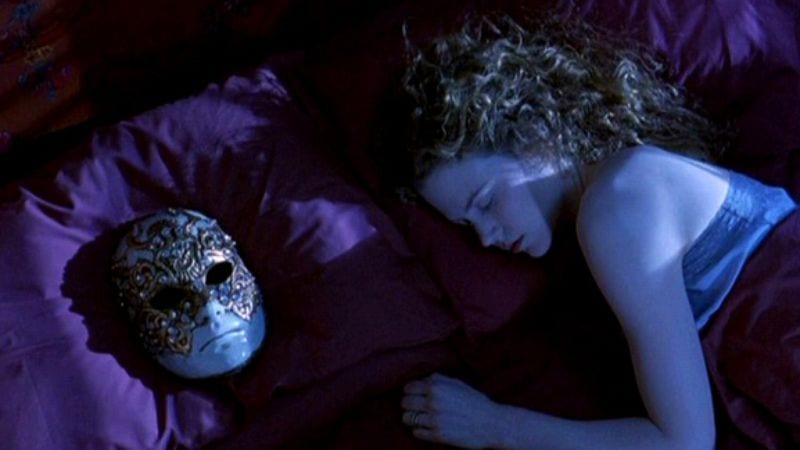 Baby did a bad, bad thing. Stanley Kubrick left us a misunderstood masterpiece of the nature of fidelity and how dreams and desires can destroy us from the inside out. While many people focus on the masked sex cult or the real-life divorce of Tom Cruise and Nicole Kidman that followed shortly after the release of Eyes Wide Shut I believe the movie hinges on one vital conversation. It’s that searing speech of Alice Hartford’s that starts with “If you men only knew.” Because in this film, at least, it feels like men don’t know. It’s Bill that seeks out trouble in the form of not-realized hook ups throughout the film, only to have himself rescued by women who don’t even know him. On some level, they know better—they are the only ones fully awake in this dream. They are the would be goddesses that can pull men up from the underworld, but not without the risk of their health, life, or broken heart.

The film is gloriously jewel-toned, full of dark streets, blue twilight, with a Christmas tree tucked into the corner of most, if not all scenes, a glittering subversive reminder that all is not warm and cozy. When Bill returns from his adventures, there’s a stunning shot of Alice crying in that blue twilight, barely moving. In the end, under the garish lights of a department store, Alice says: “The important thing is, we’re awake now, and hopefully for a long time to come.” Which begs the question: Are any of us really awake? While the movie is a slow burn, I find myself revisiting it in cold dark of winter, looking for other flourishes I may have missed in previous viewings.

Rachel Stewart has written fandom commentary for sites such as FangirlConfessions.com, Nerdy Minds Magazine, and ESO Network, among others. She has work in the anthology “Children of Time: The Companions of Doctor Who.”! 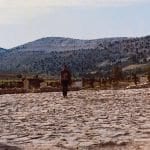