Here at 25YLSite, we handle a lot of heavy lifting. Analysis, interpretation, deep discussion, introspective interviews…you name it, we’ve got it. “Favorites” takes a lighter approach to the material we normally cover. Each week, we will take you through a list of favorites—whether it’s moments, scenes, episodes, characters, lines of dialogue, whatever!—in bite-sized articles perfect for your lunch break, a dull commute, or anywhere you need to take a Moment of Zen. So, sit back and enjoy this week’s offering: Caemeron Crain’s favorite episodes of Black Mirror.

One of the interesting things about being a fan of Black Mirror is discovering that while all of us agree that some episodes are better than others, we hardly seem to agree on which ones are which. Just go to the sub on Reddit, and you’ll easily be able to find someone slamming an episode you think was great, or praising an episode you thought was so-so.

Personally, I don’t find any episodes to be worse than that. I find all of them to be worth watching and thinking about, even if some of them do more for me than others. So when the idea came about for me to choose my favorite episodes of the series, I didn’t find it to be an easy task. I thought about extending the list to ten, but then I would have been choosing more than half of the existing episodes, which seemed like cheating.

So, I have pared it down to five, which I am presenting not in ranked order, but chronologically. I will be light on spoilers here—so if you haven’t seen the show and want to take these as suggestions, feel free to read on without fear—but along with each selection, you’ll find a link to the more thorough analysis I have written for the site if you want to dig deeper. (And if you want to see what I thought about other episodes, you can do so here.) I remain fascinated by the world presented in “Fifteen Million Merits“—we know that people ride stationary bicycles to earn merits and that they can then enter reality TV show contests, and so on, but what chain of events led to this circumstance? Is there life outside of these complexes, and what might it look like? If we play the game of trying to fit every episode of Black Mirror into the same world, which various easter eggs might encourage us to do, where would this episode fit in the timeline?

I enjoy thinking about such questions, but the real reason “Fifteen Million Merits” is on this list pertains to the social critique that it offers. While we may not be alienated from one another to the extent that the characters portrayed here are, the increasing prevalence of social media in our lives pushes in that direction. Rather than experiencing things as a group, we tend more and more to experience them in separation from one another, even if we are “together.”

And this system which moves in the direction of commodifying everything can even seem to do so when it comes to attempts to rail against it. Everything is a product; an image.

Daniel Kaluuya puts in a compelling performance as Bing, which helps us to explore the emotional dimensions of the society in question, whereas Jessica Brown Findlay’s Abi gives an entry into its structures of exploitation. I couldn’t imagine making a list like this without “Fifteen Million Merits” on it.

The Entire History of You 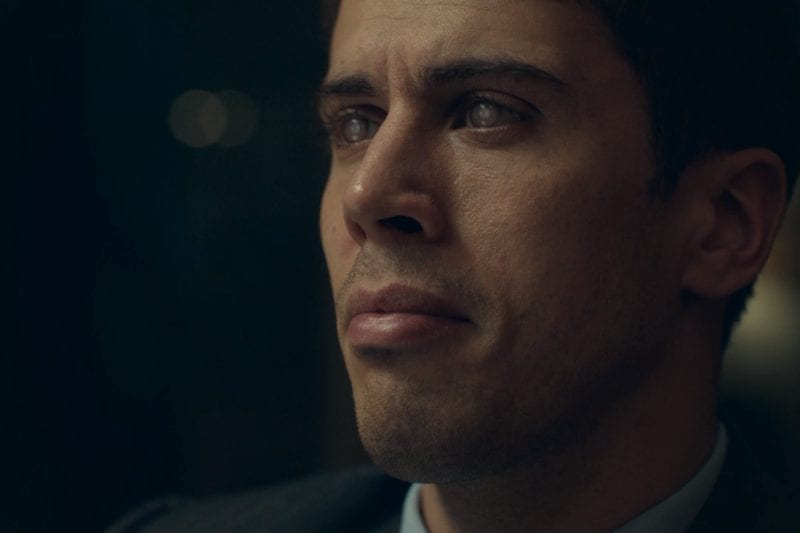 To my mind, Black Mirror does some of its best work when it focuses on interpersonal dynamics, as is the case in “The Entire History of You.” Beginning with a premise—each of us having the ability to revisit past events in our lives as if they were films—that could be taken in any number of dystopic directions, Black Mirror decides to focus on the story of a jealous husband.

Toby Kebbell does a masterful job of making Liam’s descent into a paranoid investigation all too relatable, while Jodie Whittaker is equally great as his wife, Ffion. She is sensible and likeable throughout, which adds to the power of the climax of the episode.

Some have disputed my reading of this one, but that is part of the fun of Black Mirror, too: we don’t all take things the same way.

Maybe I am just a big fan of Jon Hamm, but I can’t get enough of him eating toast in the above-pictured scene. His character in this episode, Matt, is not a very good person, but Hamm imbues him with a charm that can’t help but win you over, nonetheless.

We get three stories in “White Christmas“—a trinity, if you will—which ultimately come together to form an overarching narrative pertaining to Matt and Joe (Rafe Spall). All three of the stories are dark, and I find each to be compelling in its own right, but there is a moment during the first, during Harry’s “date” with Jennifer (played by Rasmus Hardiker and Natalia Tena, respectively) that will haunt me forever. And I love it. 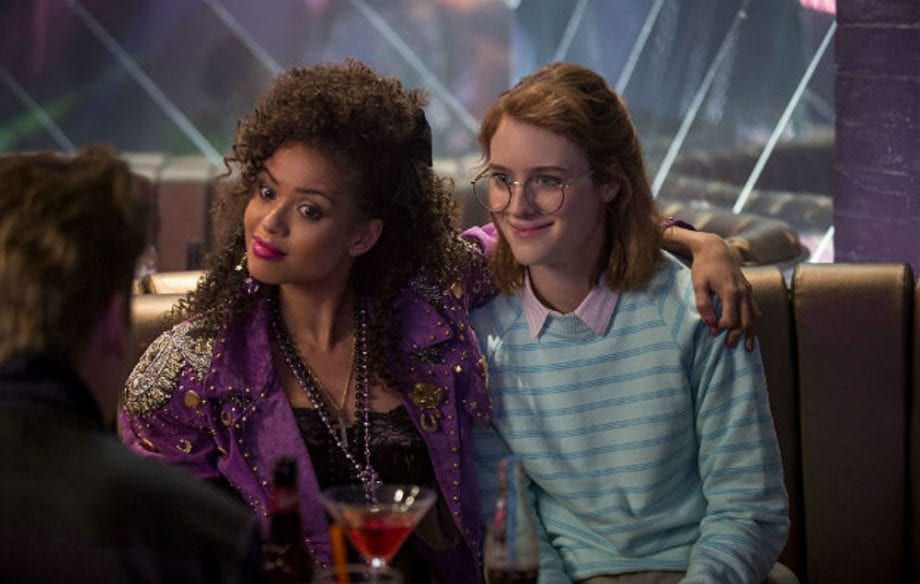 Although “San Junipero” is widely regarded as an optimistic episode of Black Mirror, I am not entirely convinced of that. It remains, nonetheless, an incredibly strong hour of television, exploring themes pertaining to life, death, and love, while at the same time raising meaningful questions about the nature of personal identity.

Black Mirror often goes directly to the ways in which technology can bring out the darker aspects of our souls, so it is nice to see “San Junipero” exploring how it can also open up possibilities for people that would not have existed otherwise. For some a virtual world may be the only place where they can finally discover their authentic self, and there are at least parallels to this in our actually existing world.

Gugu Mbatha-Raw and Mackenzie Davis  make the connection between Kelly and Yorkie feel real from the get-go, and we also get some fun 1980s’ fashion and the like. There are good reasons for “San Junipero” to be one of the most widely acclaimed episodes of the series. 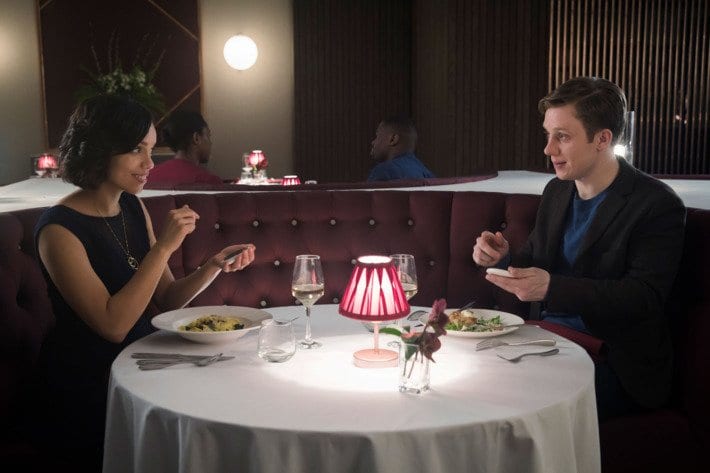 Another episode that I seem to have a darker reading of than many, “Hang the DJ” is I think the best episode of Black Mirror’s fourth season. It perfectly presents the dystopia that is dating itself, as Amy (Georgina Campbell) and Frank (Joe Cole) work their way through a system that pairs them with possible matches for a predetermined period of time in order to collect data about them.

There’s more to it to that by the end of the day, but part of what I appreciate about the episode is that it gets the pain that can be involved even in riding out a single date. You can’t just bail five minutes in, after all, even if you have already determined that you want to.

I have my worries about what the message of “Hang the DJ” is supposed to be, and you can read the longer piece I linked to above to discover what they are, but regardless I think it explores all of the questions and difficulties that surround dating in the age of social media. In short: dating is the worst.

So, those are my favorite episodes of Black Mirror. What are yours? Which of these am I completely wrong about? Let’s talk about it in the comments, and/or on social media, and you can look for my coverage of the show to continue with the upcoming season 5! 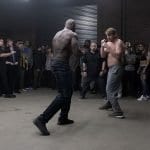