We last saw Ray Donovan laying on the floor of Sean “Mac” McGrath’s foyer, getting beat with a billy baton by some of New York’s finest. We pick up this week in “Baby,” with Ray getting thrown through a second-story window, onto the unforgiving asphalt below.

Mac and the cops now know that Ray was wearing a wire when he last spoke to New York mayor Ed Ferrati, and Ray is in possession of a recording where the mayor orders a hit on a judge. Ray Donovan is not The Wire, nor Breaking Bad—more popcorn than prestige—but this show is testing my ability to suspend belief. So, I’ll get my one major gripe about this episode over with.

Why, WHY wouldn’t the cops secure the recording from Ray before tossing him out the window? Or just get the recording from his person and then kill him? Of course, after Ray’s crash landing, Ray springs to his feet and runs away, hopping a concrete wall, dodging gunfire, and escaping into the night with the recording intact. Ray would be physically incapable of escaping after such a beating, and it makes the villains look like idiots.

Aside from this unlikely, unbelievable preface, “Baby” was a damn fun episode.

It is now morning, and Ray stumbles into a diner looking worse than he ever has this season. Quite an accomplishment. He barricades himself in the bathroom and pulls out a huge glass shard from his chest, pouring sugar on the open wound. First Aid 101. Instead of making his way to a hospital for stitches and antibiotics, Ray calls up his former boss, Samantha Winslow. Sam meets him at the diner where Ray hands over the recording. 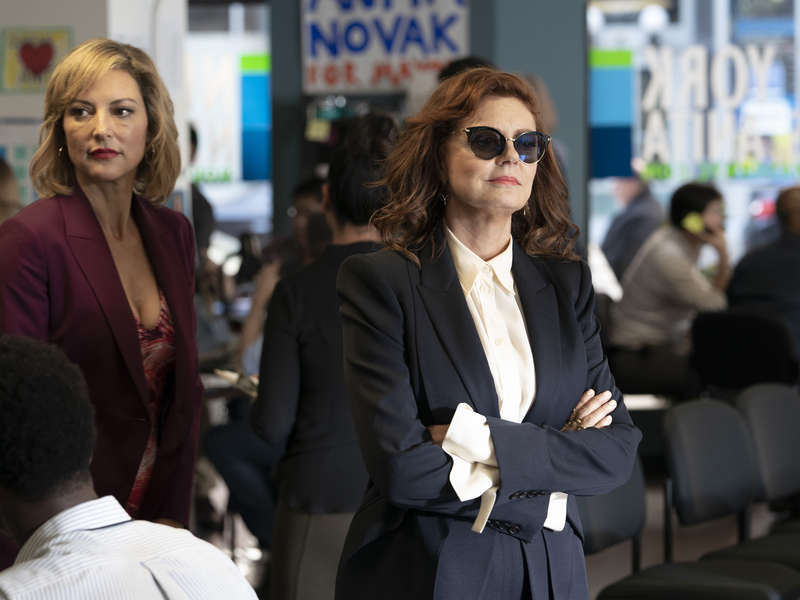 Presumably, this means that Ray is now forgiven for betraying Samantha’s trust, Anita Novak will be elected mayor, and New York mayor Ed Ferrati is forever ruined. Everyone is about to live happily ever after. Psyche!

Ray stumbles into his living room, and his dad, Mickey Donovan, is waiting with a gun. Mick is ready to exact revenge on his son for attempting to get him locked up for the rest of his life last season. Mickey killed a high-ranking federal agent last year, and Ray sold him down the river with a life sentence. The only reason Mickey doesn’t plug Ray with a bullet is that he is completely broke and believes he can recoup the three million dollars that has been bouncing around in a duffle bag all season.

(A reminder—Mickey kidnapped A-list actor Jay White, demanded a ransom from Ray that was sponsored by Samantha, then Aunt Sandy stole the money and fled to Boston where Bunchy found her and took it back. Ray had it traced the whole time, kicked Bunchy’s ass, reclaimed it, and gave it back to Samantha. Phew.)

In the first scene of the season to feature Liev Schreiber and Jon Voight together, father and son resume their rivalry face-to-face. The dust of Ray Donovan will settle one day, and smart money says the final scene of the series will be one of them killing the other. But not yet. Before Ray can respond to his dad’s demands, he falls flat on his face, with no energy for a smart-ass retort.

Smitty and Bridget are packing up their belongings, all set to leave New York behind and reboot their lives elsewhere. Smitty sold all the drugs he had in his possession for a 1988 Volkswagen Cabriolet. Chivalry is not dead. Bridget needs distance from her troubled father, yet wants to marry a man who commits crimes instead of cleaning them up. Bridget’s proximity to trouble catches up with her when one of Ferrati’s crooks kidnaps her while she is packing up the car.

After a long night at fight club, Terry and Bunchy share a couple of PBRs and pontificate about their future. The mere sight of them highlights all the brothers have lost this season. Terry’s trembling hands, Bunchy’s bruised and hollow face. Bunchy considers turning in Mickey for clemency, then suicide, then starting his life over in a foreign country. Terry flinches at the thought of Bunchy harming himself in the way their own mother did.

Ray wakes up in bed with Mickey sitting at his side with a gun in his face. At least Mickey picked him up off the floor and tucked him in.  While Mickey is laying a guilt trip on Ray and Ray is explaining that Mickey’s ransom money is gone, the phone rings. It’s Smitty. Bridget has disappeared and Ray knows exactly who is responsible. In a hairpin turn of events that usually only comes in the realm of pro wrestling, Ray and Mickey make amends, and for one night only, join forces to save Bridget. For some reason, Ray must put on his standard issue white dress shirt and tailored suit before heading out. I laughed, shrugged, and pumped a fist at the spectacle of Mickey strutting and jiving into an elevator after Ray.

Somewhere in Staten Island, Bridget sits in a basement with Mac, who is up to his neck in shit. Ferrati and his crooks will kill Mac if they find out he was a rat to begin with, and now Ray is going to kill him when he finds out that he has anything to do with Bridget’s disappearance. Mac calls Ray and raises the stakes of the episode. Ferrati’s men will kill Bridget if the recording leaks to the public. I am still giving Mac the benefit of the doubt, and believe he will still be sitting in Ray’s sidecar next season. Mac plays nice by removing Bridget’s gag, until she screams, and he hits her. He will pay for that one, folks. 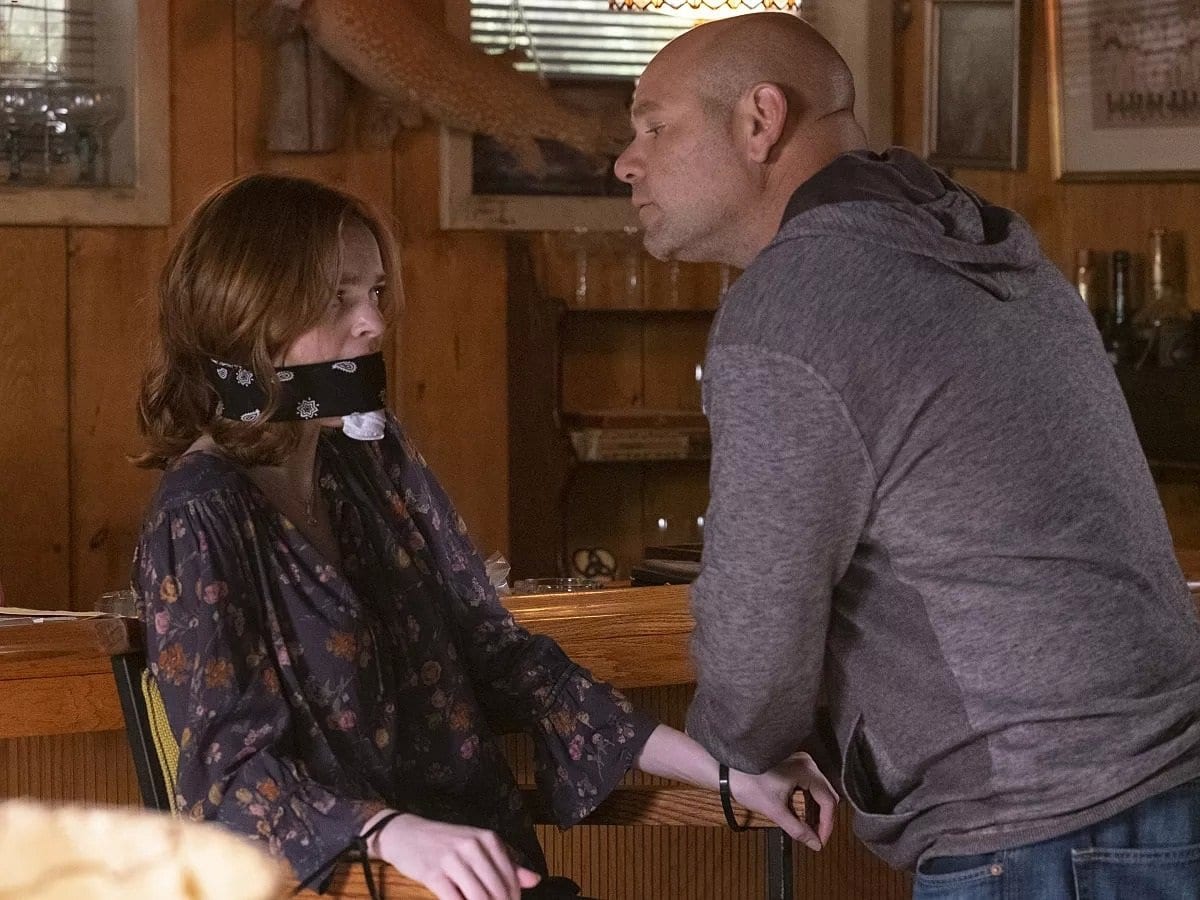 Ray has no choice but to return to Sam and beg for the recording back, explaining his dire situation. The problem is, she made copies and will be releasing the recording within hours. She owns the New York press, after all. The heat is on! Last week, I complained about a lack of understanding Ray’s motivations in the episode, but here, everything is black and white. The Donovans vs. Everybody.

Mickey gets the bright idea of kidnapping one of Ferrati’s cops, and Ray recruits Smitty and Darryl for a reconnaissance mission. The Donovan boys stake out the Staten Island bar frequented by Mac and Ferrati’s goons and wait to make their move. Elsewhere in New York, Sam Winslow sits down with Anita Novak to inform her that she will soon be the most powerful politician in New York. But that doesn’t really matter, because Sam will be calling the shots. Also, to Terry’s shock, Bunchy has been found by the Feds and will likely be receiving a significant prison sentence. A nail in the coffin of Bunchy’s terrible, horrible, no-good, very-shitty season of bad decisions. Somehow, Terry isn’t in trouble for aiding and abetting a fugitive, but must watch his little brother’s future evaporate before his very eyes. Terry calls up Ray to deliver the bad news, and once again, Eddie Marsan provides the beating heart of this season, holding a league of Terry’s emotions together without breaking. 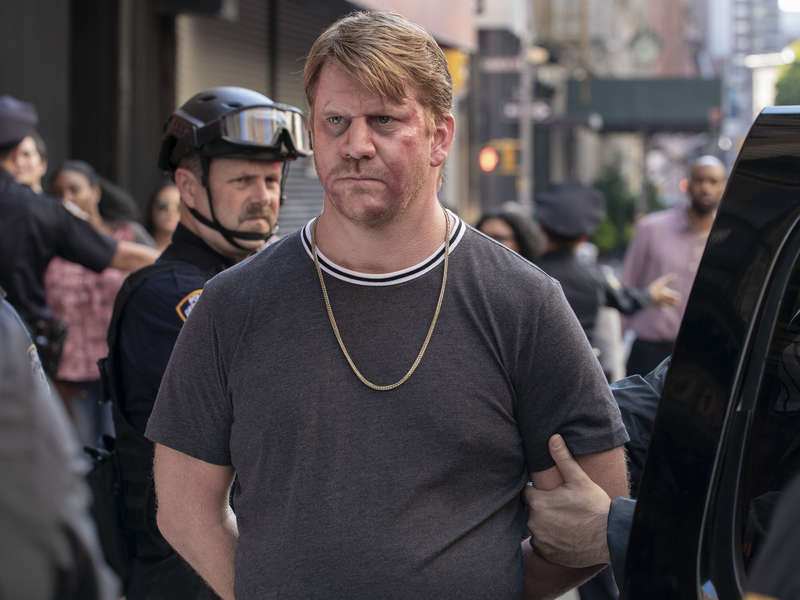 Ray’s next phone call brings worse news. Samantha advises him that the recording will be imminently made public, meaning Bridget could be killed at any moment.

With Cracker Jack timing, one of Ferrati’s henchmen, Bianchi, enters the bar where Mickey, Darryl, and Smitty are waiting. When the opportunity presents itself, the Donovans kick his ass and throw him in Ray’s trunk. In an anonymous, abandoned industrial yard, Ray sits calmly in the driver seat and recovers from the previous night’s beating and lets Mickey do all the dirty work; kicking and punching Bianchi into oblivion. Mickey pulls out a gun and points it at the cop’s head, which finally gets him to talk. He blurts out an address, and the Donovans take off.

Mac and Bridget get to know each other while watching Dirty Dancing, and Mac tries to explain just how complicated this whole situation is. Bridget isn’t impressed, and refuses food and water between bouts of crying. Mac is downing drinks, realizing just how screwed he is, unable to understand how everything came to this. His only hope is that Ferrati is pinched in the end, and Ray shows him some mercy. Mac saved Ray’s life, after all. I’m guessing it’s safe to assume Emerson Lake is dead after the events of last week?

The Donovan’s haul ace to the Staten Island address that Bianchi gave them, and Smitty takes Bianchi to Aunt Sandy’s house for safekeeping. Right as Samantha approves the news release on Ferrati, the Donovans raid the basement of the address Bianchi gave them. Mac and Bridget are nowhere to be found.

There are only two episodes left in the sixth season of Ray Donovan and a whole lot of loose ends to tie up. Will Mickey simply forgive Ray for everything? Will Ray and Anita Novak make it Facebook official? Will Lena seek revenge on Ray over Justine’s death? Can Ray bail out Bunchy one more time? Is Aunt Sandy done causing trouble? I’m not sure. I’m only sure of more bloodshed. 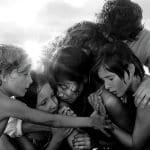