We’re nothing more than a current testament to the memories we keep. For some, the painful recollections of the past have turned them into ravaged bodies and hollow souls; for others, those critical moments do not define and, instead, they propel and linger through the obvious steps of life. Roma is itself a memory that unfolds without the usual coping strategies. It’s both an intimate embrace of memory and the nature of life itself.

Any good cinematic symbiosis depends on creating a link between personal exposure and unfolding events. We could be in the farthest reaches of space or in the house next door; it doesn’t matter if we can connect with what is unfolding in front of our eyes. That’s ultimately what occurs through this transfer of memories and stories—what was once a personal experience locked in the mind now becomes a story passing through a world of viewers and destinations. One of the most striking aspects of Roma is its ability to connect director Alfonso Cuaron’s own recollections with those of strangers. We don’t need to have been born during the time period or in the location to feel a bond with the events unfolding. It’s not with sympathy, but empathy of our own experiences that we find a place among this Mexican neighborhood. As if an extension of our consciousness, the film also evokes nature’s elements to grasp any remaining senses left untouched by the thoughts of the past.

Memory is a natural part of life; it’s hardwired into our consciousness for better or for worse. Of all the elements that make up a human being—the surrounding world is a crucial component to life, love, and happiness. Roma brilliantly puts the natural world to use as it effortlessly weaves its way into life’s physical and mental aspects. The filmmaker introduces the senses into an audio/visual transfer of intensely candid recollections.

The very nature of air is mysterious; something that cannot be seen, only felt through dirt swirling from place to place or a movement just cold enough to make the hairs on our arm stand on end. Of all the symbolism and artistry that encompasses air’s presence in Roma, nothing is more notable than the various airplanes that appear throughout the story. In the earliest moments, we experience the sight of the plane as it gracefully soars past a liquid-based window of reflection. As quickly as it appears, the image itself and this perceived window flow down the drain—a beautiful illusion that refuses to leave our consciousness—even after the film is well underway. After that initial appearance, the singular image makes its presence known with varying degrees of subtlety. As Professor Zovek raises his hands to the sky, it becomes clear that this object outside the confines of the film’s world is moving by as both a reminder of what could be and the freedom that somehow eludes those just under its route. More than just the plane, the very motion of gliding through the air goes even further when highlighted by a performer shot out of a cannon. They fly without wings or technology—at that moment they truly soar. It defies human nature and yet embraces the goal to become one with the very thing that you cannot conquer.

The film’s cinematic moments both take their cues from the air, as well as the lack of it. As life-changing news is delivered, the screen echoes a plane’s descent: clips from 1966’s La Grande Vadrouille act as the symbolic harbinger of what is unfolding. As if carrying disappointment on its wings, the soaring device plunges downward (the only time in the film). Ascending further than the atmosphere, Roma throws off the constrictions of air as it makes the connection between a family struggling to hold on and the patriarch far removed from their world. It’s no mistake that after a central character sees something no-one should have to face that their solace comes from escapism. Yet, that solace mirrors itself in the themes of loss and abandonment that plays out in the otherworldly adventure of 1969’s Marooned. It’s not just characters on the screen within a screen that feel untethered from the world they used to know, as Roma’s characters are all dealing with their realities unfolding with as much fear and uncertainty as an astronaut floating into a void.

If there is any contrast to the air and sky of Roma, then it’s the presence of water throughout the unfolding story. We see water as a cleaning element that brings life and sustenance to all things. In the film, those perceptions are no different than our own. From beginning to end, the images of water are a striking piece of the narrative. Water splashes under foot, falls from the sky as hail or even drips in slow, tedious bursts as clothes dry. It’s an element that infects and instills itself in every part of life.

Even the film’s climax serves as a statement about water’s power to take away as much as it gives. Each lapping wave serves as a reminder of the past that stays just out of sight and the present that forces us to stay focused. In those moments, Cleo truly faces a singular event in her life with bold honesty. It’s not as if she had thought about it before; instead, the words stayed just out of reach as she tried to resume her definition of a normal life. Only then, drenched in the ocean’s waters, can Cleo really find those words that had somehow been so elusive. It feels like the water’s last gift and truest virtue for everyone to behold. 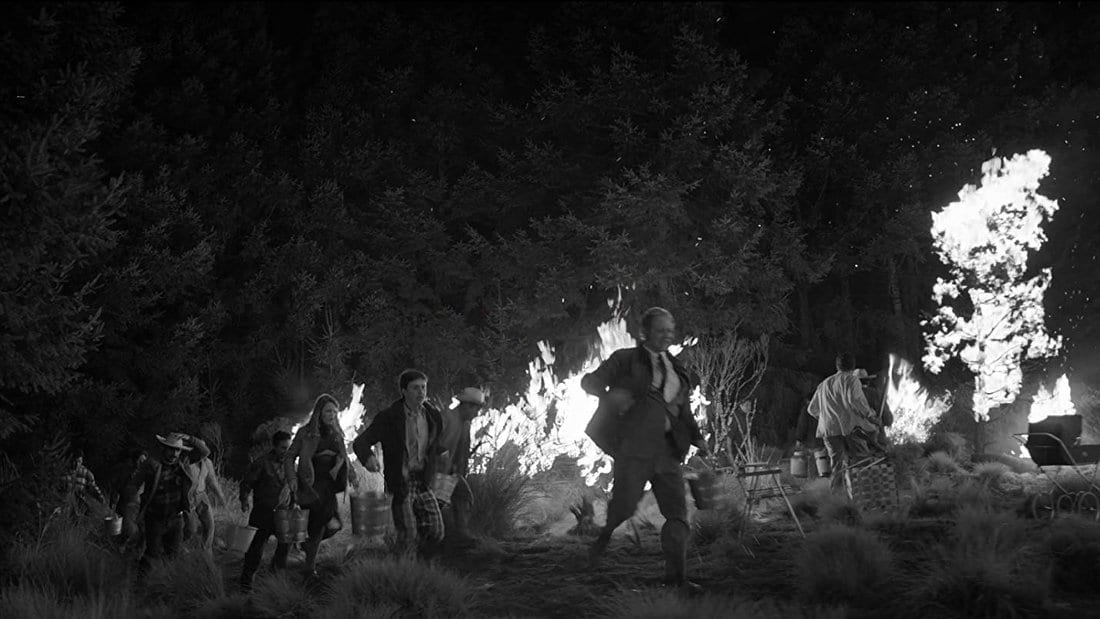 In contrast of water is the fire that fuels one of the film’s sequences. The destructive properties of fire act in concert with a changing environment. While it can destroy, the element can also present a natural renewal that only comes from its most devastating effects. After witnessing another character fight off unwanted advances, it’s Cleo who stares out to see the fire growing; through her eyes, we catch a glimpse of the chaotic aftermath as people try to douse the fire before it can destroy any more of the natural world they have come to embrace. What’s left behind is hope and renewal that lingers well after the embers no longer hold their glow.

The alchemy of Roma is a fascinating concoction—part recollection, part natural wonder—and its artistry plays out against a canvas of the most basic of human emotions. Indulging in its beauty is only one part of the story, and to understand it fully requires an understanding of the elements that make its surrounding whole. In the end, it’s the connection that defines any boundaries set by time, nature, or the memories that make everything complete. It is the shared memory that now not only lingers in the director’s past but our own present as the recollections are all ours now. 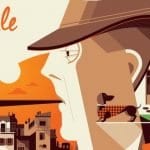