Imagine a big-budget Hollywood blockbuster opening today which dared to criticize the United States or the powers that be who govern it. Imagine that Hollywood blockbuster depicting American lawmakers as betraying the core principles in which the country was founded on and which so many sacrificed themselves for. Imagine if that Hollywood blockbuster was directed by an outsider—an Australian—and it starred the country’s most formidable symbol of what an American hero should be, which at the time was a middle-aged everyman in a suit and tie. Imagine that everyman telling off the President of the United States in anger. It’s hard to imagine how audiences would respond to such a movie today but, 25 years ago, they flocked to it. Simpler times, indeed.

Clear and Present Danger stars Harrison Ford, once again playing CIA analyst Jack Ryan after 1992’s Patriot Games. Phillip Noyce returned to direct and the scope of this outing makes Patriot Games look like a chamber piece. The story of Clear and Present Danger is much more layered and complex than its predecessor. Not merely a tale of one noble hero protecting his family from the long-range automatics and timed explosions at the hands of a batch of bad guys; this movie crosses borders, introducing power players in high positions making life or death decisions as easily as they were ordering their morning coffee.

Jack Ryan (Ford) has now returned to the folds of the CIA much to the worry of his wife, Cathy (Anne Archer), who clearly misses the days when Jack’s biggest danger was having his student’s papers graded on time when he was an instructor. Ryan is tasked with investigating the murder of an American family with ties to the President, who have thought to have been killed by a Colombian drug cartel. When his boss, Admiral Greer (James Earl Jones), falls ill, Ryan is appointed acting CIA Deputy Director for Intelligence, which places him into the hushed halls of the CIA. Ryan discovers that secrets speak very loud and when he learns of an abandoned Special Ops unit in Columbia, Ryan soon finds himself battling the CIA, dealing with a possible fallout from Congress—a former soldier of Castro’s named Félix Cortez (Joaquim de Almeida), who’s hell-bent on assuming power of Columbia’s top cartels, and seems to know about Washington’s actions before they do.

Clear and Present Danger is an extremely dense political thriller which requires attention. Credit goes to screenwriters John Milius, Donald E. Stewart, and Steven Zaillian for crafting a story bristling with tension where the first action scene doesn’t even occur until the 60-minute mark. It’s a bold decision by the writers and Noyce, especially while the action of Patriot Games began less than 10 minutes in. Ford does an incredible job in his role here. He’s got a more complex story this time, which means the character is explored through different areas. It’s a tricky thing for an actor of his stature to play someone who’s constantly being kept in the dark and even put up as a patsy (such as when he’s unknowingly lying to Congress), but the intelligence for which Ford is also known is right there. Ford was the perfect actor for this role—he has the quiet everyman quality of say a Tom Hanks, but he can kick some ass as fierce as a Stallone. He is the perfect symbol of America.

Speaking of this, the movie is full of American symbols of honor and patriotism (a billowing American flag in the wind is the first shot of the film), but this is no Michael Bay rah-rah rallying cry. The enemies depicted here are not thousands of miles away plotting their next attack on democracy; no, the enemies of Clear and Present Danger are homegrown. They walk the halls and offices of Congress and, hell, they even lie to other members of Congress. There comes a point in this movie where nobody seems to know who to trust. Should the CIA trust members up on Capitol Hill? Should the operatives in the field trust their commanding officer who trusts the operatives in chilly, wintry Washington? Should their commanding officer trust the members on the hill or the CIA operatives who suddenly arrive to rescue them?

This is a movie where lovers are not even to be trusted and, for anyone who has seen this film, the phrase “the machine is still on, Moira” still sends a chill up the neck. Even the CIA co-workers don’t trust each other (whoever knew a paper jam in an office printer could be ripe for creating such fingernail-biting character and story tension?) Betrayal is a common trait established by nearly everybody in Clear and Present Danger (except our hero). It’s a movie where characters justify their secrets among each other no matter what the cost or how many casualties it leads to.

In 1996, the British director Mike Leigh made the film Secrets & Lies, and one can’t help but feel that title would have been a fitting one for this movie, as Clear and Present Danger is full of such things. Secrets, lies, betrayals, and it even adds an element of loss that Patriot Games did not. It’s amazing now to think that a major studio would finance a movie such as Clear and Present Danger, and release it smack in the midst of the blockbuster season. The studio, Paramount, probably didn’t anticipate that its other summer ’94 movie, Forrest Gump, would rule the box office but there you go. Today, it would be considered daring for a studio to take such a gamble (although the still-running Mission: Impossible series plays as a distant relative to these early ’90s Jack Ryan movies). I very much hope we see a summer filled with the intelligent and intriguing movies like we had in 1994 very soon. 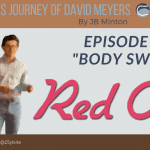