The first film I ever watched that inspired me to pay attention to A24 was the 2017 feature by Azazel Jacobs, The Lovers. As someone who is a massive fan of age-positive cinema, yet is given the opportunity to indulge in it far too infrequently, I was thrilled with The Lovers. Not only does the film showcase four relationships between people 50 and older, a spectacle that many may not realize is as rare as it is until one goes searching for it, but it also brilliantly highlights the extraordinary ways in which life complicates love. Life is messy, and relationships aren’t easy to build or maintain and it is genuinely refreshing to see the beautiful chaos that the human experience is captured on film. There is ample talk of the millennial anguish over the world we’ve been handed and, as a millennial myself, I am sympathetic to our plight; where less space is devoted is to the multi-generational disappointment and existential dread brought about by the expectation of our place in the world not meeting the reality of our existence.

It’s important to see people in their 50s still struggling with work, relationships, family, and a general feeling of uncertainty. The older I get, the more I realize I’ll never have life figured out. I used to think that once I hit a certain age, I would know what to do and instinctively be better equipped to navigate my existence, but that is not how things work out. This feeling of what seems like a permanent inaptitude of being able to understand the world is not only okay to experience but it is also what binds us together. The more forthright each of us can be about our vulnerabilities and perplexities about life, the closer we may become to one another, and seeing films like The Lovers explore such complexities is a filmmaking feat that deserves to be celebrated. 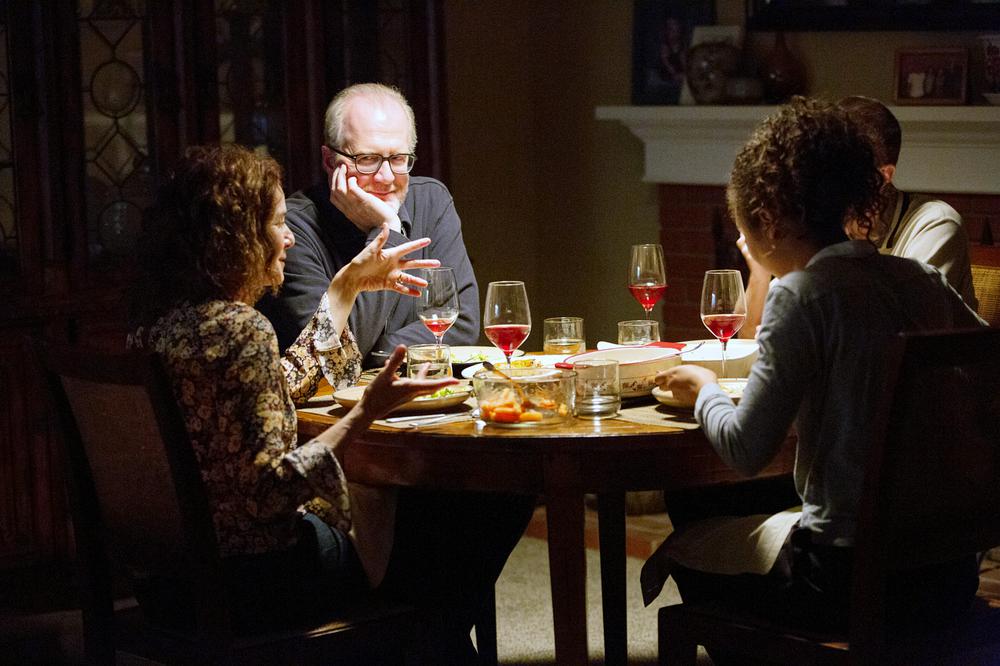 With an introduction that reminded me of how audiences met Don Draper in Mad Men, viewers of The Lovers were introduced to the film’s leads with the partners of their respective affairs, before being introduced to the pair in their shared married home. Both Mary (Debra Winger) and Michael (Tracy Letts) are deep into relationships with other people, both promising their other partner that they will end their marriage after their son’s upcoming visit home. Their shared, though separate, idea is that once he is home, they can tell him face-to-face that their marriage is over and move on with their other relationships. It is clear that both of these affairs have been going on for some time, as there is a comfort level between each couple that takes time to build in a relationship. Neither knows of the other’s infidelity nor would they likely care if they did, as it seems as though the flame to their union has been long-ago extinguished.

Mary and Michael are eager to move forward their lives with their other partners until the unexpected happens and they begin to experience affection towards each other again. They find themselves one morning waking up with their arms around each other, both giving the other a kiss before they are even fully awake. This is quite a distance from how they entered sleep with their backs to each other, coldly offering a “night” before turning off the lights. This one instant, this spark of connectivity reminding each other of all that they’ve shared is enough to fling Mary and Michael into a passionate re-connection, throwing their planned futures into question. The Lovers does perfectly what few films fail even to try—it captures that settled feeling one enjoys with a long-term partner. Dating is great, and the surge of intimacy and the frequency of nights out with each other are euphoric—in their own right—but so is sipping wine in your pajamas completely unfettered and watching an old movie in the comfort of a home you’ve created with someone.

Eventually, that lively passion may subside, but in its place will come shared history and an almost magnetic pull to the other person. What used to require so much energy exerted towards it becomes reflexive and, rather than looking at this as a negative—as is common—there is something rather beautiful about the complete joining of a life. Even though Michael and Mary have both sought companions outside of their marriage, indicating that this settled feeling left them each unfulfilled, we also see them embark on their sex-filled re-connection with a vigor that they would unlikely share without the years they already put into their relationship. No matter what they share with their other respective partners, there will always be something between the two of them that is unable to be erased, nor able to be replicated with another person. They can make their histories in their other relationships, but what they share—and are at least temporarily, unwilling to let go of—is unique unto their union. 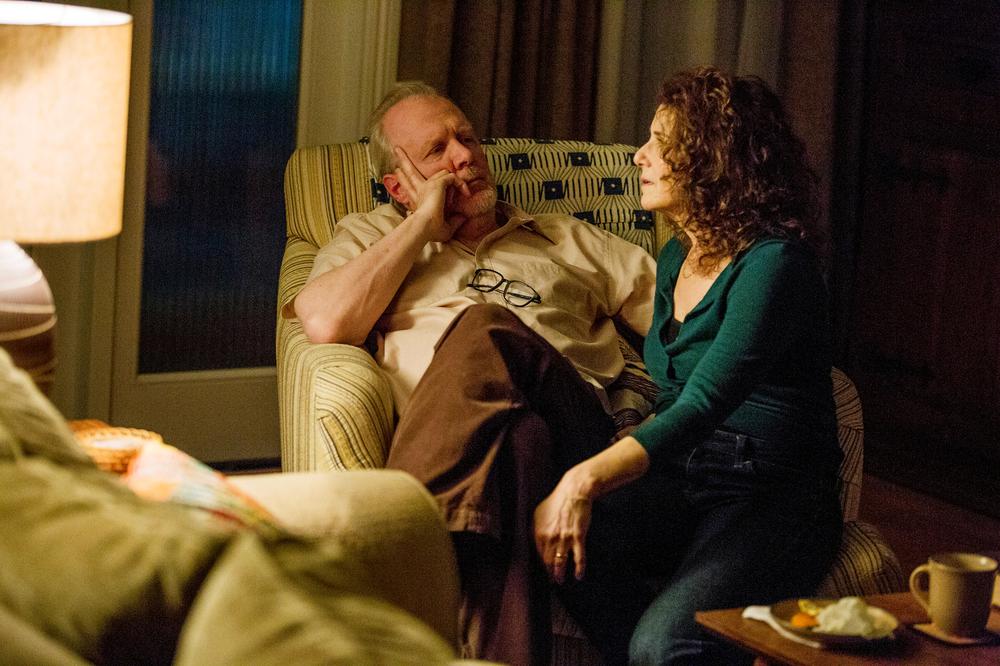 Earning an A+ for its age-positivity grade, The Lovers depicts not only two 50-plus-year-old protagonists in a relationship, but also the partners with whom they have each embarked on an affair are also 50+. Completely avoiding the trope of being left for a younger partner, The Lovers showcases that love doesn’t have to die just because wrinkles set in. Also, to the film’s credit, we see the sex scenes the couple engage in shown in a completely age-positive fashion. We see Tracy Letts’ character walking around without a shirt on, and we see Debra Winger’s character making coffee in a tank top and underwear. The monastic way the bodies of all those over 50 are covered in American cinema is a truly disheartening commentary on how the country views aging. The affairs we see Michael and Mary carry on are also represented in a realistic way rarely seen in movies. Typically, if the marriage is underwhelming, the affair is given an environment of constant happiness where no problems exist, painted as a complete haven for the individuals in the relationship.

The Lovers is far too true-to-life to go such a route, and Azazel Jacobs wrote a wonderful film with fully-realized characters who still experience arguments and contentions with those whom they’ve sought outside of their marriage. What Jacobs also captures is the reality that finding someone new doesn’t always fill the void you are trying to address in your life. Both Mary and Michael seem to remain stable in their moods whether they are with each other or their other partner. They still seem to go to work every day in jobs that don’t give them life, and kind of go through the motions of seeing their respective “other person” while completing the chore of lying to their spouse regarding their whereabouts. We’ve all heard time and time again that the grass isn’t always greener on the other side, but rarely do we see it, especially committed to film. Sometimes, all that’s left to do is pick up the pieces of everything that’s been shoved off the coffee table and do our best to put it back in a way that looks right or makes sense. Mary and Michael recognize the bond they will forever have with each other and, though they both enjoyed their tryst, eventually move on with the relationships we saw them in at the beginning of the film. No drastic change in appearance or mood washes over them; they are still the same people they were, just in new relationships.

They both maintain their middle positions in their respective companies, coincidentally communicating that it’s okay not to become C.E.O. just because you blew 50 or more candles out on your last birthday cake. They continue to live their lives, and the audience is left to guess whether or not they made the right decision, as there is no clear understanding as to whether or not they are any happier than they were previously. Life is like that too, though, as we never get confirmation on whether or not we made a right decision, or if the choice we made that was supposed to make us happier will bring additional joy to our lives. We’re always wondering, pondering what we left behind, and how our experience would have looked if we decided on different outcomes. The ambiguity of life is something that—once we know it is a constant—can be embraced as such and, if we’re lucky, we’ll all have The Lover that we can call to share in life’s turbulence, even after years and decisions have separated us because we just can’t get them out of our head. 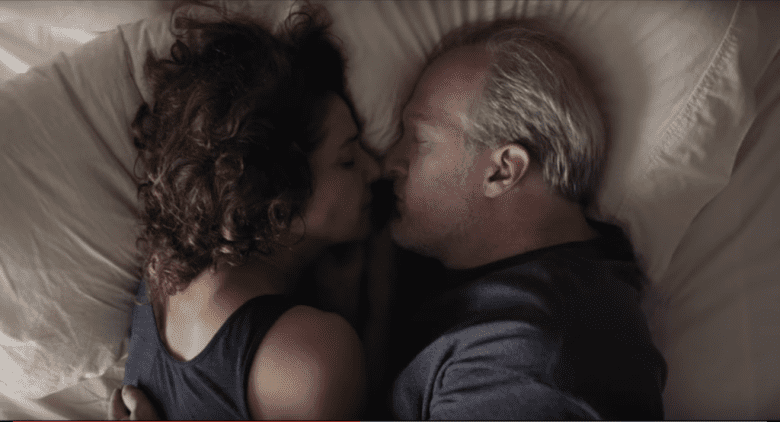