Prequels in a franchise as long-lived as Star Trek can be problematic. The temptation to create whole plotlines and new character races is strong, even though those plotlines and races have no reference in preceding but post-dated series. Just ask Star Trek: Enterprise! A decade and a half ago, ENT introduced us to the Denobulans, a race that we saw present at the formation of the Federation, and told us about the Xindi attack on Earth, a hugely traumatic event that never once got mentioned in The Original Series, The Next Generation, Deep Space Nine or Voyager. We now accept those things as part of the established Trek canon. But when they were new, they were met with a bit of resistance from fans, as were apparent changes to Vulcan history and other “tweaks.”

Star Trek: Discovery, which debuted September 2017, has faced many of the same obstacles as ENT did. DSC, set 10 years prior to The Original Series, is in the awkward position of being both a prequel as well as a sequel to a prequel. Like ENT, DSC featured plotlines and race tweaks never referenced anywhere else, as well as introduced a new race to the Trek world—the Kelpiens, represented on Discovery by Saru, played by Doug Jones. What we find out over the course of the first season is that Saru is the only Kelpien in Starfleet, and that his people have evolved a sort of a danger early warning system, as they are essentially a species of prey, hunted as they are on their homeworld of Kaminar. It’s a fascinating concept, and fans have waited to learn more about these people and their world.

The third installment in the mini-series Star Trek: Short Treks, which leads up to the debut of Season 2, is “The Brightest Star”, and it shows us for the first time the Kelpien homeworld and gives us Saru’s “origin story,” as it were. We see a bit of his home life with his father and sister, get fascinating glimpses of the Kelpien belief system and rituals, and observe their daily fishing and harvesting routine.

But along the way, the episode makes some changes to what we thought we know about his people. The lavishly produced “The Brightest Star” shows us that Kelpiens are not hunted so much as they are harvested by an unseen race called the Ba’ul. Kelpiens accept this arrangement, as it maintains the “Great Balance,” and they welcome death when called. This seems quite different to the idea of being hunted as prey, as we were told in Season 1. It’s most likely an arrangement which developed over time, with the more technologically advanced Ba’ul having first hunted Kelpiens for sport and then later introducing the culling method that we see here, the victim mindset so ingrained at that point in the Kelpien psyche that they see the gathering as inevitable to the point of building a mythology around it.

Saru, however, is different. He questions. He looks at the stars and sees hope. He asks what’s beyond the sky. And he yearns for answers. But when he asks his questions, his father, who is one of the religious / community leaders, scolds him for his inquisition. When Saru is given a piece of Ba’ul technology to destroy, he instead hides it away, investigating its purpose and using it to send a message to the stars. That message is picked up by Starfleet and is answered by Lt. Philippa Georgiou, who presents Saru the option of leaving his home but never returning.

“The Brightest Star” may muddy the waters a bit where the Kelpiens are concerned, even while it also illuminates many parts of their daily lives (though we still have yet to learn why they were hunted and harvested at all), but it opens up Saru to us in a whole new way. The strength of his convictions and his innate technological acuity make him a perfect fit for Starfleet. I’d love to now see his journey of adapting to life away from Kaminar, his Academy training, his entry into Starfleet, etc. Maybe we’ll get glimpses of that along the way in Season 2, which debuts on January 17 on CBS All Access. 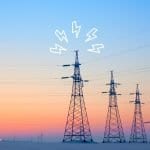