How flexible is your moral constitution? We all have an ethical framework that guides our decision-making in life, but how rigid we require that framework to be is probably rarely tested. Antonio Morabito takes up this ethical problem with his 2018 Netflix original film, Forgive Us Our Debts. Forgive Us Our Debts invites audiences to ask ourselves if we would alter our sense of what is virtuous based on our situation, or if doing so would help someone we know. It was Immanuel Kant who suggested that without reason we would be forever bending to our inclinations when he said, “Now reason issues its precepts unremittingly, without promising anything to the inclinations […] But from this, there arises a natural dialectic, that is, a propensity to rationalize against those strict laws of duty and to cast doubt upon their validity, or at least upon their purity and strictness, and where possible, to make them better suited to our wishes and inclinations.”

In addition to offering a meditation on the strength of one’s ethical framework, Forgive Us Our Debts also explores what happens to someone when they have lost all sense of human dignity, and how powerful the connection between work and self-worth is within the capitalist economic system. The capitalist economic system is too rarely criticized for the way it commodifies human beings, placing a burden on the individual that convinces them that they are only as good as the amount of money they can make. The incredible thing about capitalism is that it has ensured its survival by convincing the very people it’s exploiting that it deserves defending. Films, like Forgive Us Our Debts, that take on a critique of capitalism, morality, and human dignity deserve to be celebrated and seen, and I couldn’t be more thankful that the film is available on as popular of a streaming platform as Netflix. 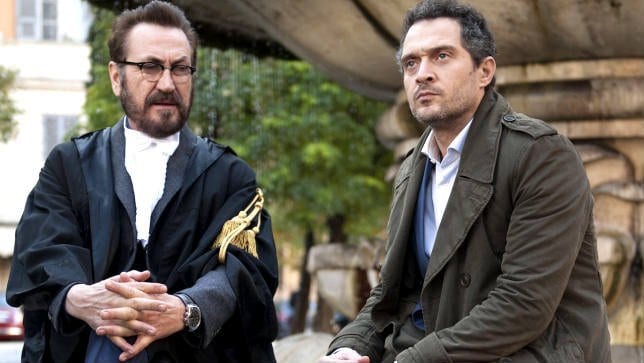 Opening with a killer soundtrack, Forgive Us Our Debts introduces us to a haggard-looking Guido (Claudio Santamaria), who is visibly suffocating under the weight of the debt he owes to his creditors. Guido was forced out of his long-time programming job after recent company updates made his job position redundant. Being phased out of a job is enough to crush the spirit of an individual, making one feel both powerless and useless in addition to no longer being financially able to support themselves. After being fired from a warehouse job, and being confronted by his landlord about the rent he is four months behind in paying, Guido finds himself in a desperate situation, willing to do nearly anything to make money. One fateful night when he is taking his trash out, Guido is clubbed by an especially savage debt collector when it hits him that he could also work as a debt collector until his debts are paid off.

Guido doesn’t want to make any money as a debt collector; this isn’t a new career he is hoping to start, as he is too in-tuned to the human struggle to make money off the backs of his fellow debtors. After presenting his offer to the collection recovery business, Guido is taken on as a collector to be trained by the best in the business, Franco (Marco Giallini), the man believed to be able to recover debts from anyone. Franco is an assured, well-dressed, groomed man who not only takes no shame in his position as a debt collector—a job looked down upon throughout the impoverished communities he spends most of his time working in—but he relishes the opportunities to bring shame to the people with whom he comes into contact. Franco has no interest in training Guido, as he enjoys his solitude, doesn’t want to be held back in his work, and has no respect for Guido once he finds out he is only working with him to pay off a debt. 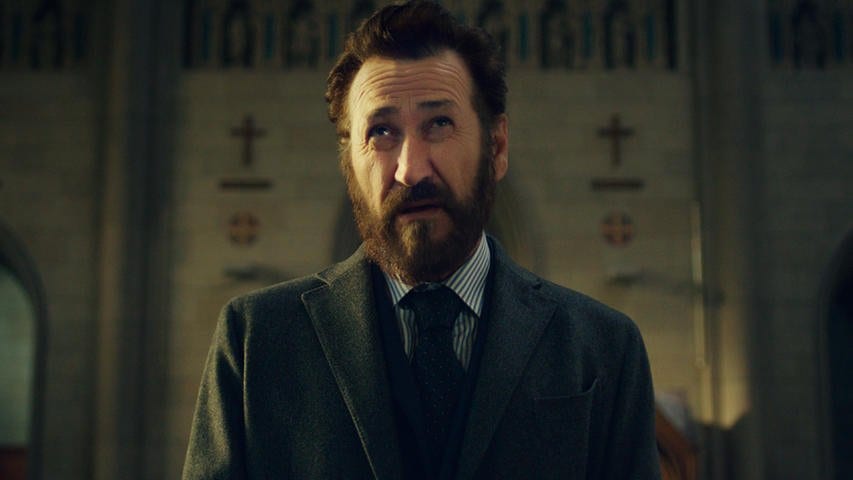 Franco openly despises those that owe money and has successfully convinced himself that there is no honorable reason that someone could produce that would make him understand why they wouldn’t pay off their debts. No illness, job loss, or even death he hears about brings even a hint of remorse to Franco’s face, as he still goes about shaming those that owe money until he eventually gets what is owed, no matter what stories he hears them tell. “They’re not people. They’re called debtors” Franco tells Guido, as he trains them in the humiliation-filled ways he extracts money from the people that owe it. The longer the two work together, the more they learn about the other. Eventually, Franco tells Guido that he was once in debt like him, but has paid off his debts and believes he is above others because he had done so, and is now a “contributing member of society.” Since paying off his debts, he has a house and a family, as if he wasn’t worthy of housing or love when he owed money.

Forgive Us Our Debts presents us with a tale of two debtors, Guido and Franco, and the two could not possibly be more different than they are. It’s almost unfathomable to understand how Franco could be so reductive of the people who owe money that he chases and mortifies until he gets payment. How can he enter a home and make a man admit in front of his wife that he cannot provide for the family, before tearing up the couple’s wedding picture—that he makes them give him before he leaves—in the street as they watch, without remembering that he too was once in their position? Some people are so good at removing themselves from a place once they are away from it that it is almost like they were never in that position at all. Maybe it is a defense mechanism, maybe it’s something else, but Franco’s removal from his past also proves a part of his history that he is unwilling to accept.

Guido is a broken man. He is proof that someone who owes money already holds within them a sense of shame for not being able to take care of themselves and buy a place in the world, and Franco’s measures to bring about even more shame to those who owe money is a sickening display of power. Guido maintains dignity for human beings and does not want to disgrace anyone; he is sickened of himself for performing debt collection duties, so much so that he lies about his job to his closest friend, Professore (Jerzy Stuhr). Guido abhors the violent measures debt collectors implore, and cannot get rid of the money Franco gives him for working fast enough. Despite his fierce objections, Guido performs all of the tasks Franco teaches him, convincing himself that he has to do this so his tenure as a debt collector can reach a conclusion when his debts are worked off. Guido participates in that natural dialectic within himself that influences him to rationalize the breaches to his moral code that he performs with his job because it suits his inclination to pay off his debts and free himself from the crushing weight of his deflated self-worth.

A perfect example of what Kant says human beings are predisposed to do, Guido bends his ethical constitution, even acting as vile as Franco on occasion, bringing shame and embarrassment to those he attempts to collect payment from until he knows one of the debtors personally. Franco, who was also broken by the economic system, found power in his alignment with the ruling class once he became a debt collector. Perhaps as a subconscious stand-in for the system that diminished him, he seeks to reduce those who occupy the space he no longer does. Franco has profited off of those who owe money, gaining his sense of worth on the backs of those that have none. He relishes in teaching Guido how to steal the dignity from others and is entirely unaffected by the various displays of human weakness he sees. When a man who Franco and Guido are on their way to visit jumps from his apartment to his death right before their eyes, Guido becomes sick while Franco only wants to go about the day’s work. The following day, Guido—with dark circles under his eyes, obviously impacted by what he saw the previous day—is told by Franco that he “slept well and is full of vigor.” Despite his frequent visits to the confessional at church, Franco shows no signs of changing his ways and respecting the dignity of the human beings around him. 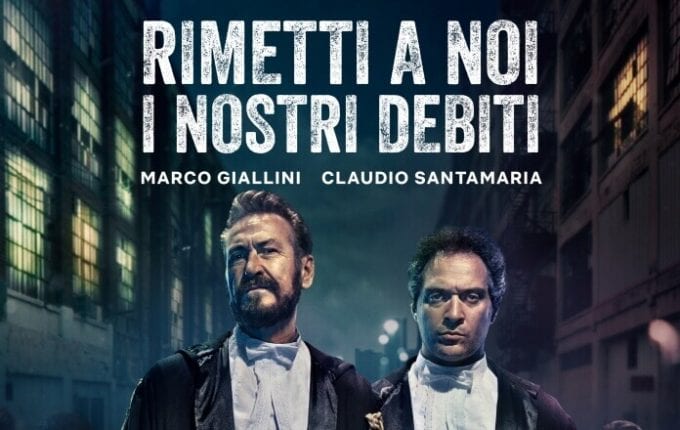 An examination of the human toll of the economic system, the loss of dignity and its impact, and the different trajectories of two people who experience the same struggles, Forgive Us Our Debts is a shining example of all of which Netflix is capable. By questioning that which often goes unquestioned and being willing to fully explore the human psyche and uncover our failings when it comes to our moral compass, Forgive Us Our Debts leaves audiences with much to meditate on upon the film’s conclusion. Is the commodification of people and the loss of human dignity and autonomy an inherent part of capitalism? If it is, what are we missing, and what can we do to change things to provide a richer human experience? Why do so many of us defend the system that takes such blatant advantage of the working class to the point of being offended if another economic system is even suggested? Maybe Forgive Us Our Debts—like any good art—is a call to action, an invitation to create what the Professore suggests “another system that perhaps doesn’t exclude people as ours does.” 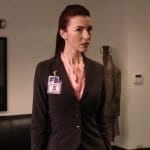