It is often said that if one begins at the top the only way to go from there is down. M. Night Shyamalan seems to be the living Hollywood embodiment of this idea. He burst onto the Hollywood scene in 1999 with The Sixth Sense, a film that garnered lavish praise from critics and audiences alike almost entirely across the board. For a time, it was the number one grossing horror film in history and not only made him a household name, but announced a recognition that here was a  new auteur with a specific vision and style which drew comparisons to the likes of Alfred Hitchcock amongst others.

Sadly, the sun did not shine forever on the once seemingly unstoppable filmmaker. Beginning with 2006’s critically panned children’s fantasy/anti-film critic crusade Lady in the Water it was beyond obvious, save for a few true believers, that there was something at least amiss in Denmark. 2008’s The Happening, however, left no room for doubt: M. Night Shyamalan had completely gone off the rails. The film was a complete critical and commercial failure, turning Shyamalan into a punchline and a cautionary tale for the next better part of a decade. 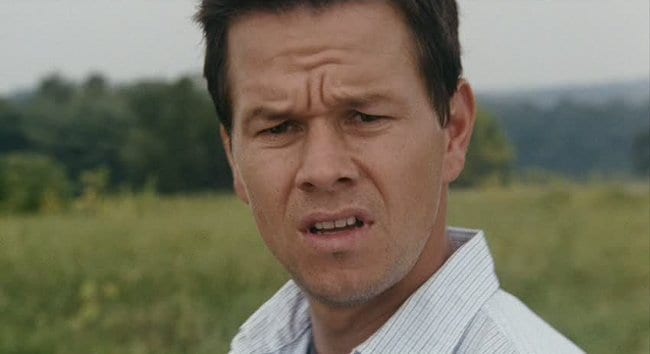 It’s also said that America loves a comeback story, and that’s what makes Glass ultimately such a failure. Backing up to 2015, Shyamalan teamed up with Jason Blum’s “Blumhouse Productions” for his latest film at the time The Visit on a micro-budget of $5 million. Considering expectations from the general public and critical community was next to nothing for a new M. Night Shyamalan vehicle regardless of the popularity of the “Blumhouse” brand, everyone (myself included) was shocked to see the movie make $98.5 million off its initial $5 million budget, and better yet the movie was far from bad. Was M. Night Shyamalan back?

It certainly appeared that way as he wasted no time jumping back into his next project, 2017’s Split, the most financially successful film of that year netting a little over $68 million off a $9 million budget. The movie represented a new, more modern Shyamalan at his best and meanest: a tense tale of abduction, insanity, and multiple personalities, creating a world both cartoonish and nightmarish. The last-second reveal in the film paved the way for Glass, and at the time felt like icing on a congratulatory “Welcome Back” cake. Now in 2019, the morning after finally seeing the much-anticipated Glass, maybe the cake was cut a little too soon. 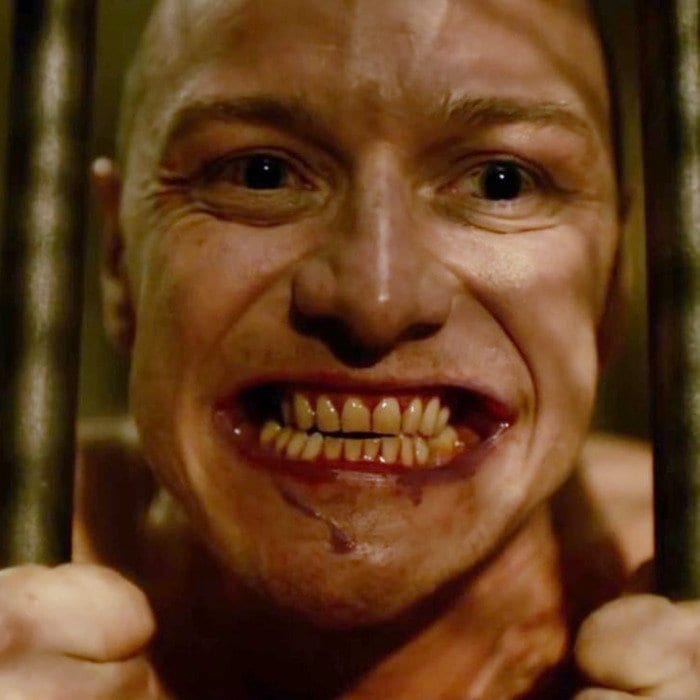 Now that we’re all caught up to speed on what led M. Night Shyamalan and by extent us an audience to the just-released Glass, I want to talk about some of the things that not only work for him here as a filmmaker but seem to consistently work for him regardless of his own worst impulses, but we’ll get to those later. Glass serves as the culmination of the last twenty years of his work. It is a trilogy capper to two very significant, albeit different, films in Shyamalan’s career:  2000’s deconstruction of the superhuman/comic book mythos Unbreakable and 2017’s personal comeback thriller smash hit Split.

Glass is a film, that for all of its many faults, is not without merit in some aspects. The film is beautifully shot in classic Shyamalan style that recalls earlier masterworks like The Sixth Sense and 2002’s Signs. His use of color has always been fascinating and there’s no shortage of that in his attention to detail dispersed throughout the film, which tells the story of Samuel L. Jackson’s Elijah Glass, Bruce Willis’s David Dunn, and James McAvoy’s Kevin Wendell Crumb (and the 23 other personalities living in his head.) From the purple in Elijah’s room that matches his wardrobe, the drab yellows that seem to be yet another of Kevin/The Beast’s many manifestations, to the muted blues and greens that permeate David’s visions and come to life in the trench coat he wears fighting crime as The Overseer, there is an attention to detail in the color palettes that serve Shyamalan well.

The film starts out strong with a showdown between Dunn and The Beast/Kevin that ends up with them both being arrested and placed under the care of Sarah Paulson’s Dr, Ellie Page at Ravenhill Psychiatric Hospital who, and I kid you not, informs the two of them separately that she specializes in a field of psychiatry that attempts to cure individuals who think they are superheroes. And lucky for us, Elijah Glass has been rotting away in the very same facility since the conclusion of Unbreakable.  I’m sorry. What?  I have seen some plot devices in my time, but this was just the first of many silly to downright confounding ones throughout the rest of the film’s seemingly excruciating run time. Even Shyamalan knows this is stretching things beyond the suspension of disbelief. How do we know this? Because it says so right there in the dialogue when another character says out loud that yes, they are indeed surprised to know there is such a need for an entire study of psychiatry.  So was I.

If only that were the only thing used as nothing more than a plot device to move what little of a story Glass has forward. No, the rest of the film switches from an admittedly still great McAVoy, to a barely there Willis, to a catatonic Samuel L. Jackson, who has very little to do or say whatsoever until the final climax of what is supposedly his film.  And speaking of that third act? It has so many ham-fisted reveals that I was stunned into thinking the director may have pulled off something so interesting that I would just have to marinate on it for a while.

Well, I’ve marinated and I’m stuck not really knowing much of anything other than what an exercise in futility Glass really is at its core. And much of it is driven by a bruised ego from a man who seems to have purposefully refused to either deliver the blockbuster thriller team up the Split audience expected, expand on the meta-comic book musings that were wholly original twenty years ago in Unbreakable, or bring either of the two universes together in a meaningful or convincing way.

Oh, sure I get that Shyamalan made a film where one of the film’s many unnecessary “wool over the eyes” moments are tricking the audience into thinking the film is about explaining the unexplainable when it is really about controlling the unexplainable and the gifted on one level.  The problem I have with that is when I ask myself why he keeps using these “twists,” the answer I keep coming back to is Shyamalan simply being smug and pleased with himself that he has the ability to do so…again and again and again. Just for the sake of it.

Why are none of the leads given anything interesting to do? I would be first in line to forgive Shyamalan for bringing the three “are they or aren’t they” superhumans together in the forced way that the film does, if he then only proceeded to tell a story instead of scene after scene of exposition telling the audience what he wants to get across through the film’s very own dialogue and plot. There’s even a cameo from Night, as he is oft to do, wherein he reprises his cameo from Unbreakable. In it, he literally directs the actors what to do through dialogue in the lamest meta scene I have ever seen played out on the big screen.

So, it is all bad? Not exactly. Throughout this snooze of an exercise, his directing is often something to behold. 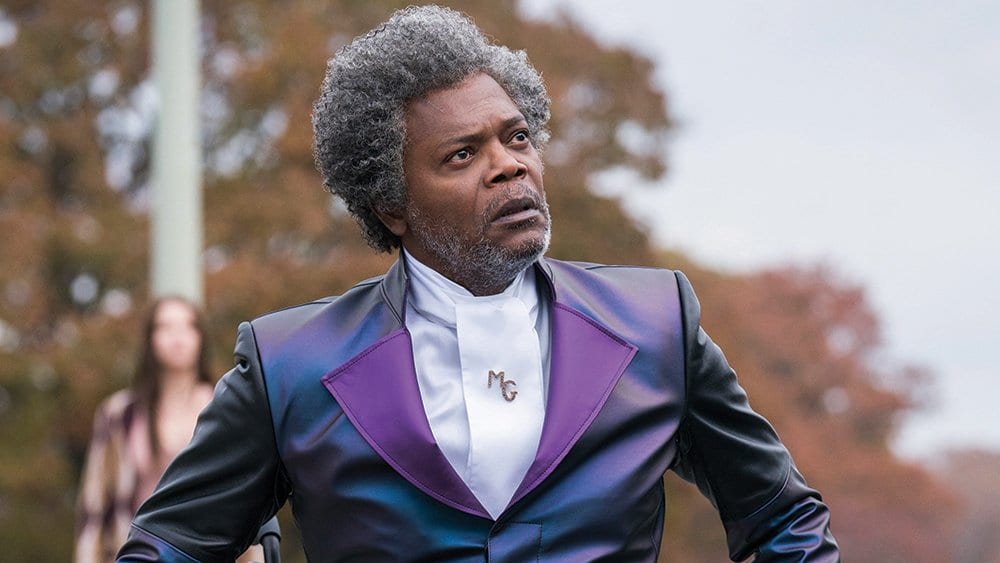 He truly is a wonder with the camera and creates many exciting shots and utilizes his camera to tell a story in a very intimate way that one doesn’t always find in horror. There’s a lovely melancholy in the way he can capture an expression that can show us exactly what is being felt, which permeates through all of the cast, even the underutilized Split heroine Casey Cooke played by Anya Taylor-Joy who inexplicably runs to her former captor, the beast/Kevin’s aide. It could be Stockholm Syndrome, but it isn’t played that way. It doesn’t dive into it at all. No, she’s just there to serve whatever lame idea needed to propel the story forward at any given time.

Unsurprisingly, nothing is played for what it seems. Surprisingly, everything about Glass is bland. It’s certainly not the levels of bad in terms of sheer filmmaking that he’s stooped to in the past, but it isn’t too far off either. The ends always justify the means in this film. If there’s a way to do a third turn, then a fourth, and a fifth within minutes it is going to happen. Why though? For the sake of it. “Look at me, the great filmmaker who came back from the dead. Look at how clever I can craft a story.” And he can. But if it’s soulless, and just exists for the sake of existing and capitalizes on a current trend in Hollywood without saying anything interesting about said trend while possibly retroactively destroying what made the previous two films great in a grandiose attempt to prove how much the world needs him then he just proved the opposite.

Regardless of M. Night Shyamalan’s past successes or failures, he always seemed to come from a place of utmost sincerity. All Glass accomplishes is reminding so many of us why we quit caring about his films in the first place. Glass manages to say nothing new, interesting or do anything exciting, scary or action-packed. It does shove ham-fisted message after ham-fisted message about not letting the world tell you that you aren’t special, which seems to be Night gloating at the powers that be that he feels treated his past work unfairly. But, when everything is sacrificed at the altar of “gotcha” after “gotcha,” at some point audiences stop listening to anything you have to say.