With one full season and a New Year’s Day special under the latest TARDIS team’s belt, it looks like the focus might be shifting in the next season to Yasmin Khan. Since the bulk of season 11 focused on Ryan’s growth and relationship with  Graham, it felt like police officer and school mate Yaz’s story got pushed to the background.

During a “Resolution” screening, show runner Chris Chibnall teased that the next season might focus more on Yaz’s life and whether or not she’ll return to the force and with it, regular life. It’d be a classic storyline approach which has only been used once since the series’ revamp in 2005 with Martha Jones being the only companion to part ways on her own terms. Other modern companions have struggled with the back and forth of real life and time travel, but for the most part have chosen to remain at the Doctor’s side, despite the consequences.

Considering Yaz’s loyalty to the Doctor in season 11, it might take something major to pull her away from thrilling adventures. She had every reason to leave with a less-than-rewarding job and fractured family element, so what would make her return?

I enjoyed what little backstory we got on Yaz’s day-to-day life from meeting her family in “Arachnids in the UK” and delving deeper into her family’s past in “Demons of the Punjab.” As the course of series ran on, the focus fell off Yaz and many fans (like myself) were left wanting more.

I hope we get to see Yaz share a bit more of that spotlight or understand her struggles with wanting to return to a life outside the TARDIS. I also wouldn’t want her to get the Martha Jones edit where she’s a worthy companion but completely overlooked. Only time will tell what’s ahead for the TARDIS fam in 2020. Until then, the BBC has released three new Thirteenth Doctor novels with Yaz taking center stage in Steve Cole’s “Combat Magicks.”

Rachel Stewart is a staff writer at 25YL. She has written fandom commentary and critique for sites like The Sartorial Geek, FangirlConfessions.com, Nerdy Minds Magazine, and ESO Network, among others. Her work has also appeared in the print anthology “Children of Time: The Companions of Doctor Who.” 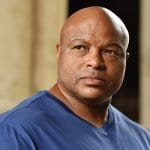