Shudder has recently started streaming the episodic adaptation of Deborah Harkness’ A Discovery of Witches, part of the All Souls Trilogy. This season is 8 episodes long, each running a little over 40 minutes apiece, so it takes right around 6 hours to binge the first season. I’ll be completely honest, I absolutely laid in bed and watched the entire first season in one go. I didn’t even realize how long I’d been watching it until I saw the sun coming up through my window. Totally ruined my sleep schedule; was it worth it? Yes, and I want to go over the first half of the season with you in this article. So let’s break it down.

In the first episode we meet the main characters, Matthew Clairmont (Matthew Goode) and Diana Bishop (Teresa Palmer) who both work at Oxford University. Diana is a witch with a prestigious ancestry, who does her best to deny her instincts as a witch, and refrains from using magic altogether. Sometimes her magic just slips out on accident though, much to her displeasure.

Matthew is a French vampire that has been bouncing around for a little over 1,500 years. He’s scientifically minded and trying to figure out why “creatures” (witches, vampires, and demons) seem to be experiencing a decline in their populations. These two meet when Diana asks for an old manuscript, “Ashmole 782,” to be brought up from the library’s vaults so she can study it, as she is a historian who studies alchemy. When she is actually able to have the manuscript brought to her even though it was supposedly lost to the ages and not seen in an extremely long time, every creature that knows about the manuscript loses their collective minds when they hear it has been retrieved.

Matthew is among the interested parties, so he goes to have a quick chat with Diana about why she wanted it and how she acquired it so easily, when he quickly realizes that she has no idea of the importance of the manual, in his or any other creature’s eyes.

This moment of seeming happenstance is where the whole series begins. Matthew and Diana quickly become enamored with one another, but their love is clearly against the rules, because we can’t have a series about vampires without some good-old forbidden love being thrown into the plot.

In the books and the show alike, The Congregation is a collection of high level vampires, demons, and witches who serve as a kind of judge, jury, any executioner-style diplomats for all creatures. Diana has no idea about The Congregation’s “covenant” (what all creatures refer to when discussing the no inter-species mingling rule), since she’s actively denied her heritage since she was old enough to make that decision.

So this far we have a witch in denial, a vampire knowingly breaking the rules, an angry Congregation, a bunch of creatures having a field day over the Ashmole manuscript, and rumors of an elicit love affair. So far this is a straightforward story line; things always have to go awry though, and this story somewhat frustratingly uses “miscommunication” to further its plot, very often. Our main characters are often so involved with falling in love with each other, they forget to mention extremely important parts of their past, and Matthew just completely forgets to mention that inter-species mating can result in both parties being hanged, drawn, and quartered.

The show to me starts off a little bit slowly, dragging out the focus on the library and the characters’ time in Oxford for quite some time, but to the show’s credit, the book does the exact same thing. This setting also serves as the backdrop for a lot of character building and setting up future story arcs, which is definitely appreciated.

I personally think the show really takes off when they leave Oxford though. Maybe it’s the change of scenery, or maybe it’s that the show starts to move at a bit of a quicker pace because a lot of plot points have already been set up back in Oxford.

We have to always keep in mind that most of what we see as characters’ missteps are coming from the source material of a trilogy. What we see now that seems silly or out of place will probably come into play later on. Since the original author Deborah Harkness is an executive producer for the show, you can imagine any changes were made with her consideration. The show does in fact do a decent job of adapting the novels, I didn’t immediately notice any huge changes; believe me I got the first book off my shelf though and am currently re-reading it, just in case.

The actors that were chosen to display the characters I’ve met so far work very well in their respective roles. For instance, Greg Mchugh does a wonderful job portraying a lovable demon named Hamish, who sometimes serves as conscience and counsel to Matthew. I’ve yet to discern an absolute filming style, except for using stark contrasts in lighting and having an overall feeling of coziness, from Diana’s aunt Sarah’s (Alex Kingston) magical house, to Matthew’s mother/maker Ysabeau’s (Lindsay Duncan) Manor Sept-Tours. Each family home has very different decoration but you can easily tell that each home is or was a very well-lived-in home. Even the library that much of this season is set in is often cast in soft yellow light, giving it a much warmer glow than most libraries are often afforded.

Besides the Trilogy having a lot of things in common with other modern supernatural series, I do enjoy it, reading and watching it. The series does have a few things that set it apart from other novels. We haven’t gotten quite that far though, since we’re focusing on the first half of this season. The first half actually ends with us meeting Matthew’s mother Ysabeau and his mother being cold toward Diana, since Diana is a “warm blood” and a witch to boot. The only reason Diana and Matthew have taken shelter at his mom’s house is because Congregation member Peter Knox (Owen Teale) is nonstop harassing Diana about retrieving “Ashmole 782” for him so he can try and obliterate the entire race of vampires. Diana, not being a fan of genocide tells him to get lost, so he in turn sends random goons after her to scare her into giving him the manuscript.

While the plot is sometimes predictable, there are many characters that will keep you interested in the show, for instance Sarah Bishop’s partner Emily (Valarie Pettiford) is immediately a sympathetic character, whose candid honesty and empathetic nature positioned her as a front-runner for my favorite character rather quickly. Luckily we get to see a lot more of her character in the last 4 episodes of this season, which we’ll talk about very soon.

Have you watched A Discovery of Witches yet? Have you both read the book and watched the show and desperately need to point out an egregious error the show has made, and I’ve forgotten to point out? Drop me a line and we’ll hash it out. 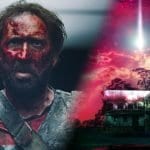