“Hollywood will fuck you when no-one else will.”

The Black Dahlia, directed by Brian De Palma, has its flaws. I’m not disputing that it is not as successful or brilliant an adaptation as Curtis Hanson’s L.A. Confidential, arguably the greatest Noir of the 1990s. Brian De Palma’s film is not as good as the novel from which it was derived, and it is certainly not better than it, as L.A. Confidential might very well be. That doesn’t mean however that The Black Dahlia is worthless. After reading James Ellroy’s masterpiece of Noir back to back with watching De Palma’s adaptation, I am inclined to believe that this is actually a surprisingly solid effort, with many things to recommend it to lovers of the genre and time period. Comparing De Palma’s picture to Hanson’s L.A. Confidential is unfair, as Hanson’s movie is a once a generation happening; a rare case of an adaptation being even greater than its source material and up there with greats like Chinatown and Sunset Boulevard. It’s like comparing Orson Welles’ The Stranger to Citizen Kane. Hell, it’s like comparing pretty much any movie to Citizen Kane. The Black Dahlia isn’t in the same revered company as L.A. Confidential, but that hardly means that it is a bad picture. In fact when you leave the expectation that it should be one of the greatest Noirs ever made, you find yourself enjoying what it does well very much indeed.

In case you don’t know, The Black Dahlia is a novel by James Ellroy, perhaps the greatest Noir writer since Jim Thompson put out The Killer Inside Me. The Black Dahlia is one of the most famous unsolved murders of the last century, and Ellroy uses the despicable torture and killing of Elizabeth Short, to express everything true, profound and disturbing about the capacity of humans to commit evil deeds. The novel is my vote for the greatest work of Noir fiction ever to appear on the printed page, and my favourite work of James Ellroy, and considering the staggering brilliance and consistency of his bibliography, that is really saying something. This is the reason why expectations for Brian De Palma’s film were sky high, and also account for the unfairly harsh criticisms of his vision of The Black Dahlia.

First, let’s look at what De Palma’s film gets right, and then we can consider its failures. The casting is good. Josh Hartnett is dead on as Bucky Bleichert, perfectly representing the character from Ellroy’s pages. Aaron Eckhart, one of the most underrated actors going is Lee Blanchard, Mr Fire. Every time I read the book, I picture both Hartnett and Eckhart in my mind, whether I want to or not. Shout out to Mike Starr, who similarly nails Russ Millard. The central murder mystery of the story is executed very well. Whether you know the real story or the fictionalized account penned by James Ellroy, the film carries you along and pulls its twists out with confidence and style. Had this been a film unattached to Ellroy’s masterpiece, I am fairly confident that it would have been received with much greater appreciation. The beats of the story are retained from the novel—with a few alterations that we’ll get to in a bit- as are many lines of dialogue and details from Ellroy’s book. I loved seeing and hearing the speech that Russ Millard makes to the detectives when the body of Elizabeth Short is discovered, delivered exactly how I imagined it. It’s gorgeous to look at, with beautiful cinematography by Vilmos Zsigmond, something that should surprise no-one who has seen a Brian De Palma picture before; he is truly one of the most stylish, provocative artists of the 20th/21st centuries, and works with the best people.

The Black Dahlia is a film about obsession, and the hole in a life that has not been lived with an eye on the difference between good and evil. This is a film of the thin line between right and wrong, as all great Noir is, and taken as its own thing, it’s emotionally complex, full of dead-on insights into human nature, and packing one of the great murder mystery twists in any medium. The performances are strong, and the spirit of the novel is alive and well. Yes, it’s not as perfect a thing as L.A. Confidential, and yes it is not quite the equal of the novel, but there is plenty to admire and find meaning in. It is a minor hit, but it is a hit nonetheless. I would give quite a lot to see the original three hour cut, but given the picture’s failure to inspire appreciation, it is unlikely that we will ever see it. For what it’s worth, James Ellroy loved it, as can be seen in this essay he penned in 2006.

“De Palma’s films circumscribe worlds of obsession. They are rigorously and suffocatingly formed. No outer world exists during their time frame. Colours flare oddly. Movement arrests you. You forfeit control and see only what he wants you to see. He manipulates you in the sole name of passion. He understands relinquishment. The filmgoer needs to succumb. His films are authoritative. He controls response firmly. His hold tightens as his stories veer into chaos. He stands and falls, coheres and decoheres, succeeds and errs behind passion. He was the ideal artist to film The Black Dahlia.”

There are changes to the story, including the strange idea to rename Madeline Sprague to Madeline Linscott. Who knows why? It is an odd little detail to take the time to alter. The whole Mexico angle is removed, and a rather atmospheric scene is in its place, where Lee is murdered during an encounter with Bobby DeWitt. I think the main failures of the movie are to do with it not giving sufficient time to allowing the intricacies of the story to breathe. It’s all very clipped and on fast forward, a problem that would almost certainly be fixed with an additional hour. Having said that, let me say this: it doesn’t diminish the power of the story to the degree where I would judge this film a failure. The essence of Ellroy’s story remains, and it is at the least an interesting and compelling addition to the legacy of the novel. It is a way, way underrated film, and if you let it work its considerable magic on you, you will find a quality Noir, that while not approaching the greatest of all time, should be considered among those minor hits of the genre like Detour, Red Rock West and The Stranger. It’s not a masterpiece, but we shouldn’t hold this against it. Just like Bucky Bleichert, Brian De Palma and his team did as well as they were able, even if the real killer evaded justice. A failure in some areas, but always a noble one. 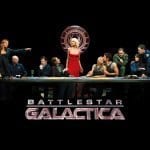