Ok, this news has pricked up my ears! Richard Stanley (Dust Evil, Hardware) is directing a feature-length adaptation of H.P. Lovecraft’s 1927 short story, The Color Out Of Space. It will be Stanley’s first feature film in 20 years. If that wasn’t exciting enough, Nicolas Cage has been chosen as the lead role.

Cage, who starred in my favourite film of last year, the strikingly beautiful and crazy horror, Mandy, and one of my most beloved films of all time, David Lynch’s Wild at Heart, will play the role of Nathan Gardner. The story tells that he and his family move to the heart of New England to escape the hustle and bustle of New York and the stiflingly fast-paced modern world. Just as they are settling down to enjoy a simple life, what happens? A meteorite crashes into their yard. Typical. But that’s just the beginning of their problems.

As Lovecraft’s story goes, the meteorite melts into the earth, infecting both the land and the space-time continuum with a strange, otherworldly color. The Gardner family are horrified to discover that an alien force is poisoning every living thing nearby; gradually mutating the bodies and minds of every life form that it touches… including them.

With SpectreVision, the production company run by Daniel Noah, Josh C. Waller, Lisa Whalen and Elijah Wood, who also produced Mandy on board here, I can only imagine how breathtaking this movie will look. While several films have been loosely based on the story such as Die, Monster, Die! (1965), The Curse (1987), Colour from the Dark (2008) and Annihilation (2018), none of these have been a direct adaptation and none have had the glorious visuals that SpectreVision do so brilliantly. So it feels like perfect timing for this movie to be made, as Lovecraft’s vision for The Color Out of Space was to create an entity that was truly alien. He drew inspiration from a number of sources, especially non-fiction science books describing colours outside of the visible spectrum and only now, almost 100 years after it was penned, can it be brought to stunning reality.

In a statement announcing the project, Noah said, “Lovecraft is the dark father of modern horror, and we have been searching for an adaptation that captures the true scope of his cosmic dread for years. Richard Stanley – a wizard in his own right – will at long last bring Lovecraft’s humbling power to the screen unfiltered.”

You know when you already love a film and production hasn’t even started yet? Well, this is one of those moments for me. On paper it has everything; a brilliant story, an ensemble cast—Joely Richardson, Tommy Chong, Elliott Knight, Julian Hilliard and Q’Orianka Kilcher join Nicolas Cage—a visionary director and a production company who are willing to take risks and go out of their way to stun their audiences in the most magical of ways.

Nicolas Cage continues his triumphant comeback in Cinema, let’s face it, he’s always been brilliant, it just took a while for most people to catch up to that fact. He’s living proof that even nearly 25 years after his Oscar win for Leaving Las Vegas, he is still a bankable brand uniquely suited to an ever-changing film scene. You see this is what I want to see from the actors on my screen—total passion and mayhem. If I see the person I love being brutally murdered I’m not just going to sit there and cry, I am going to lose my head and get revenge—preferably with a chainsaw. Cage captures those feelings perfectly in Mandy, and I have no doubt whatsoever that he will turn it upside down in Color Out of Space—if anyone can act convincingly crazy and utterly destroyed it is him.

The Color Out of Space is set to begin production next month in Portugal, with no release date given as yet. Watch this space for more updates! 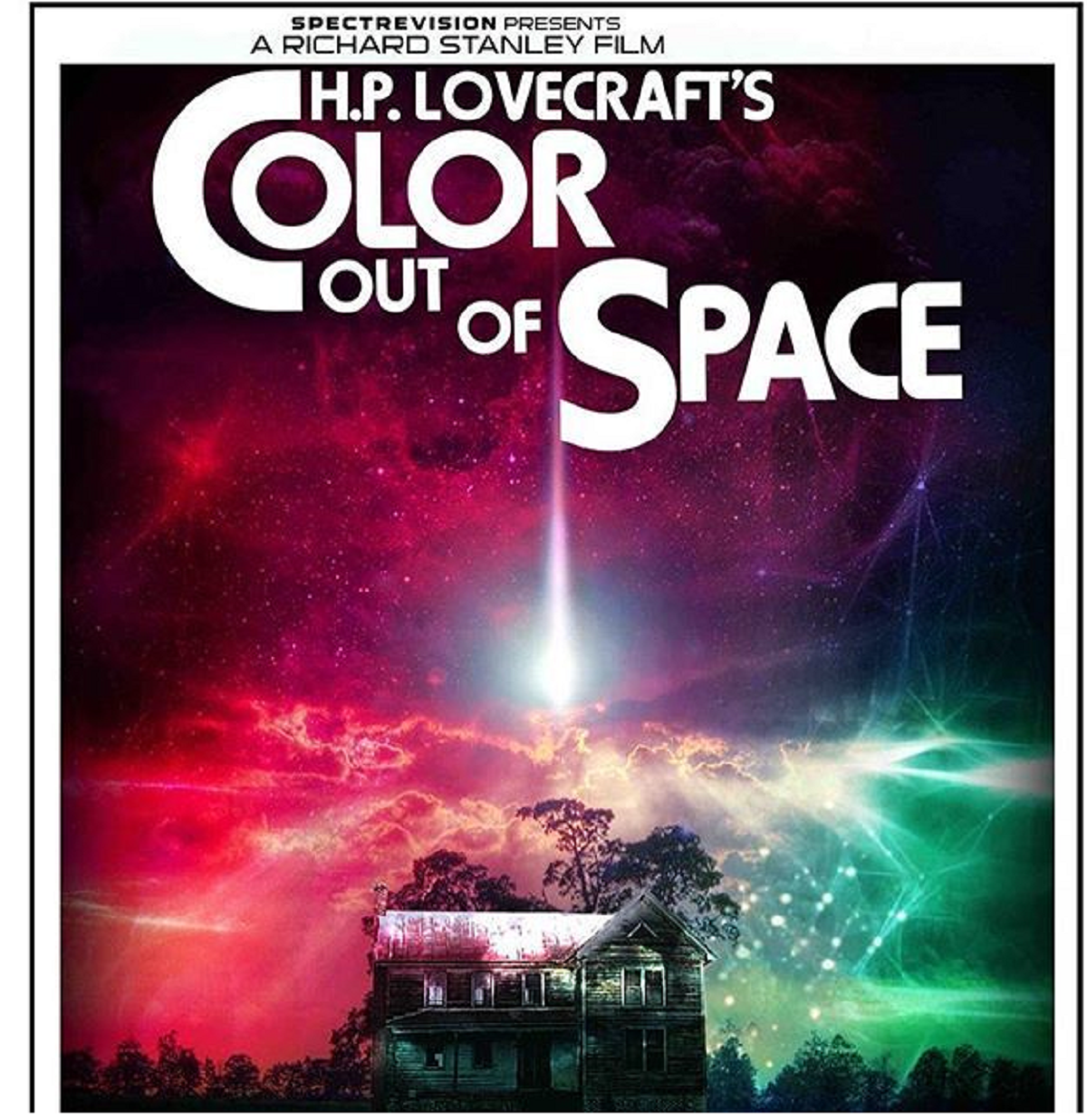