It has been 13 hours since I viewed the movie Polar and I’m not sure where I am or what is going on. The movie just would not sit still not for any reason. Quick cuts, words flashing across the screen, fast and vicious action scenes which were all played for laughs. Right folks played for laughs because this is one wild ride of a movie. I’m just going to sit in the corner and cry into my beer. Oh no, I don’t have a beer. I only have a glass of cranberry juice. I guess that’s appropriate.

The first lesson I wish to impart upon you is that you know this story and you have been here before. It is a case of deja vu that lasts for almost two hours. They were just pulling on that runtime like it were a piece of taffy. Leave it at its original shape. It carries the weight of John Wick, the visual style of Crank and Smokin’ Aces and the story of a retiring hitman who pulls one last job and he is betrayed by his organization. I could throw a dart with a blindfold on Bird Box style and hit a Steven Seagal movie with that plot. Okay so it’s established that this is going to be a fairly run of the mill movie when it comes to the story, is there anything else there to circumvent that little speed bump?

We could look at the visual style of the movie. It has tons of that to spare. The colors are heightened. They pop off of the screen. Each scene has a color that it wants to build around. Some scenes have an orange color. Others decide to emphasize blues or purples. It reminds me of the color palette of Punisher:War Zone. They might be trying to go for a comic book look. This is based on a comic so maybe we get the 90s mentality of filmmaker who believe it has to be wild and outlandish because it’s a comic book. This is just a guess though. It really does want to seem like it’s cool and edgy filmmaking. It fills the frame with extreme violence and nudity and sex. It’s so cool right?!

It’s not. It appears to be hiding the fact the movie has no substance. It takes what should have been a sleek 90-minute movie and stretched it out painfully. We take some detours, in the beginning, to explain how this organization works. I mean I think we do. I’m still not entirely sure. We meet a prostitute he’s apparently very friendly with. We think she might be a good addition to the movie but out she goes after two scenes. He spends some time with his neighbor across the lake. She is incredibly jumpy and painfully shy. It bleeds from her pores how uncomfortable she is in this world. She’s there for the ending and to be kidnapped because he has to have someone he cares about. It comes out of nowhere though. We spend a little bit of time with them bonding through awkward breakfast conversations shot by a cameraman being fed coffee through an IV. She shares her love of nature photography with him. She encourages him to teach a class in town and he shares way too much information about killing people to small children and the teacher is uncomfortable but doesn’t speak up to stop it. He tries to teach her to shoot a gun because of course he does.

We then get a scene with the great Richard Dreyfuss. I’m like, alright movie I think we’re in business. He must have some greater meaning in the story. We learn his name and Duncan, the main character, and he seem to have some history with each other. Richard Dreyfuss plays this scene marvelously. He is significantly better in this one scene than all of The Last Laugh. I’m excited because we’re getting into the good stuff. Oh wait nope it’s a cameo. He’s gone. Why would you do that to me movie?

Duncan does get captured and we have grim, gross scenes where he is brutally tortured. This does not phase him. We throw suspense right out the window. He’s too powerful. This is a common problem with some action films recently. I noticed this in The Equalizer 2 and The Punisher. He’s outsmarting everyone at almost every turn. He fights in the freezing cold completely naked. He acts like the cold doesn’t phase him. He’s so cool that not even the vicious blizzard outside hurts him. I suppose this is why it’s called Polar.

There is one scene where he meets up with yet another character he has history with that we know nothing about (a common event) and he gains quite the arsenal to get that girl back. This thing is a work of insanity. He has these gloves on with lasers on them. They are connected to what seems like hundreds of guns. It is crazy pants but at the same time, it is a way too easy solution to the problem. There is no suspense, no stakes, no drama, nothing. It is just supposed to look cool. I’m not a fan of this type of action movie. It just saps the energy from the proceedings. This movie needs that energy. 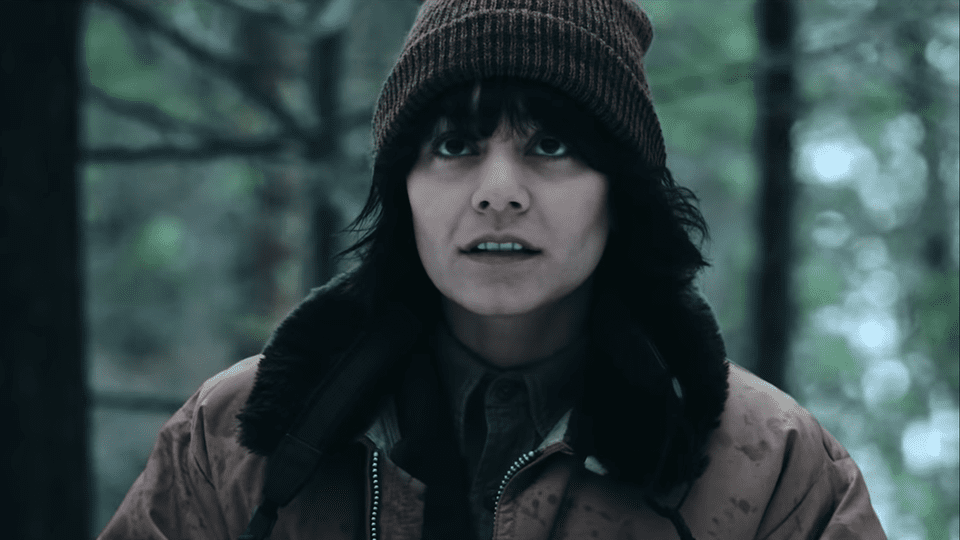 There is one scene towards the end that peaks interest because the acting is superb in it. Vanessa Hudgens who plays the neighbor across the lake finally reveals her true character. I’m not going to say what that is even though I vehemently believe you shouldn’t see this movie. Mads Mikkelson is playing the scene very low key and understated. He gets a wide range of emotions across just in his eyes alone. Vanessa Hudgens is finally letting loose the feelings she has had bottled up inside. It comes out of nowhere like a lot of this movie’s scenes but this time it’s a good thing. You’re into it and going along with everything. What’s this? Is that dastardly camera shaking again? Just focus on the actors and let it play out. I just can’t deal with this anymore.

As we wind this down, I can honestly say this movie is a giant missed opportunity. It wants to be action packed and full of visual energy. There are too many drags in the story to accomplish that. They want the character of the Black Kaiser to be this mythical figure like John Wick. It is not able to do that. That movie had the forward momentum an action movie needs. It tried to pack in all these cartoon characters as villains. All it ended up being is lipstick on a pig. Skip this one. 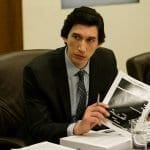