Scott Burns’ political drama The Report and Nisha Ganatra’s Late Night have both been picked up by Amazon for $14 million and $13 million respectively. As Sundance long being the place to see and be seen and helping many production companies and filmmakers with moving forward to much larger distribution, you cannot get much larger than Amazon right now.

Premiering at Sundance on January 26th, The Report centering on Adam Driver’s Daniel Jones, a Senate staffer posed with the investigations into the CIA’s Detention and Interrogation Program. The cast is an incredible ensemble: Annette Bening, Ted Levine, Maura Tierney, Jon Hamm and Michael C. Hall, with Bening playing U.S. Senate Diane Feinstein. The film based on a true story in the Bush/Cheney area is definitely more intensely toned than this year’s Oscar darling Vice. For anyone who remembers the stories coming out about the CIA and their interrogation practices post 9/11, these practices were not particularly effective and downright cruel. When Jones and committee want to release this information, we already know the White House will do anything in its power to silence the truth from getting out. Strong reviews have already created a buzz around the film and Driver’s performance as well.

Late Night is a film based in the world of late night talk show hosts.  Emma Thompson plays a late night host who is having ‘issues’ in the diversity department so in comes Mindy Kaling—also a producer and the screenwriter of this film—as her first female staff writer. It premiered at Sundance on Friday, January 25th.  Joining Thompson and Kaling in the acting department are John Lithgow, Reid Scott, Amy Ryan and Paul Walter Hauser. Going into Sundance, it was considered to be one of the front-runners for getting major studio’s talking. Thanks to Amazon, we will get to see if that talking is just talk or a new look at the late night talk show circuit.

Looking forward to seeing what other films gain distribution as Sundance continues until Sunday, February 3rd. 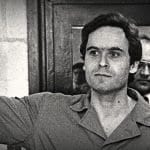