Once upon a time…or maybe twice…The Beatles were going to make a Lord of the Rings film adaptation. Paul and Ringo were set to play the lovable hobbits, Frodo and Sam; George would play wise wizard Gandalf; John wanted to play scheming Gollum. Stanley Kubrick was even set to direct. But J.R.R. Tolkein said no, and the film, like the One Ring, became history, which became myth, before passing almost out of all knowledge.

The news this morning—on the 50th anniversary of The Beatles’ legendary rooftop concert atop the Apple Corps offices in London—that Lord of the Rings director Sir Peter Jackson was now working alongside Sir Paul and Sir Richard (Ringo to his friends) and Co. on a new documentary set Beatlemaniacs hearts a-fluttering, even if it has nothing to do with the storied film adaptation-that-never-was.

Using over 55 hours of in-studio film footage and 140 hours of audio shelved during the production of the final Beatles’ film, 1970s Let it Be, Jackson will work to produce the “ultimate ‘fly on the wall’ experience” that was long promised and never quite delivered in the original film. He is fresh off the highly-acclaimed World War I documentary, They Shall Not Grow Old, which used original film footage, spruced up using new technology to make it look fresh and new, adding a new dimension to old stories about the war.

Could the same new dimensions be in store for Beatles fans

The original Let it Be was meant to be a look into the recording process; instead, director Michael Lindsay-Hogg ended up capturing and producing a film that chronicles a band that appears to be in mid-implosion. Tense exchanges between band members and the hindsight knowledge that it was capturing some of their final recording sessions make the film somewhat of a drag; it was never given a wide release, and was only ever issued on VHS and LaserDisc.

And while plans to restore it had been in the works at various points throughout the last decade or so, rumours swirled that Paul McCartney and Ringo Starr and the estates of George Harrison and John Lennon were generally unhappy with the tone of the original film to begin with. A happier, more upbeat film was possible, they insisted.

Now it seems we may get that film.

And it comes three months after the release of the remastered White Album along with demo recordings that smashed the myths that The Beatles were already breaking by early 1968 when recording their four-sided, self-titled LP.

Sir Peter Jackson, who has already seen much of that never-before-seen film footage from 1969 and 1970, says in a statement that he is confident that here, again, reality will outshine the myth.

We may be telling new stories about The Beatles final years yet.

No release date has been set for Jackson’s film, but an early 2020 release seems likely. We’ll update this post as more information becomes available. 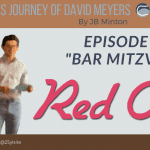 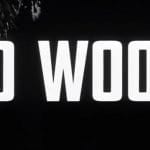