I was pleasantly surprised with the premiere of Fox’s The Passage when it debuted in mid-January, but definitely planned on taking a wait-and-see approach to how the rest of the season would unfold.

Now at the halfway point of the season, I can say that despite a few minor complaints, I still feel that horror/thriller fans can find a lot to like about the show.

The heart of The Passage continues to be the relationship between Amy (Saniyya Sidney) and agent Brad Wolgast (Mark-Paul Gosselaar), with each of them filling an empty piece of each other’s lives. A perfect example of this occurs in Episode 5, “How You Gonna Outrun the End of the World,” when Amy, who is now able to read minds, complains about all of the many voices in her head. To distract her, Wolgast asks her to recall her best day ever and quickly gets a smile. Moments like these, in which Wolgast can be a father to a girl who has no one—even though they occasionally border on hokey—work for this show.

On the inverse of this sweet relationship is the evil Patient Zero, Dr. Tim Fanning (played fantastically by Jamie McShane). I thoroughly enjoy both sides of this character—the calm, prodding figure trying to manipulate and coerce everyone within the Project Noah facility, and the vicious monster that would murder everyone in the facility if given the chance. I haven’t decided which character I’m more impressed with on this show: Fanning or Amy. They are both excellent.

I also enjoyed that each episode since the premiere has been woven with an almost-Lost-style flashback technique, giving us more insight into the backgrounds of Dr. Lear (Henry Ian Cusick), Shauna Babcock (Brianne Howey), and Anthony Carter (McKinley Belcher III). I was caught off-guard to see Lear’s backstory coming right out of the gate in Episode 2. In Justin Cronin’s book trilogy that serves as the basis for this show, Lear’s backstory and relationship with Fanning aren’t deeply addressed until the third and final book, The City of Mirrors. But I liked its inclusion here, helping to clue the audience into why Lear decided to travel to Bolivia for the virus in the first place (the reason being to help cure his wife Elizabeth, who had been diagnosed with Alzheimer’s disease).

Babcock and Carter’s back stories veer very far from the book, and while I didn’t find the content of these flashbacks to be particularly revolutionary, they do help make the “monsters” more sympathetic. What really makes the flashbacks work, however, is how they flow in and out of the episodes. They often somehow revolve around the mind games of the virals. For example, we experience Shauna Babcock’s backstory when she “shows” it to Clark Richards and ultimately convinces him to not go through with her execution after she killed one of the Project Noah workers. Because the flashbacks are used this way, it sometimes makes me question the veracity of the stories. Was Babcock feeding a false story to make Richards feel sorry for her? Or was she truly a girl who was raped by her stepfather and ignored by her mother, leading her to a raging double murder? I’m fairly confident that we are being shown the truth, but pairing the flashbacks with the mind games does make me wonder.

Episode 5 further explored the past relationship of Lear and Fanning, as Lear quarantines himself for fear of being infected. I loved the interaction between these two characters in this episode; and the stakes have been elevated after Fanning professes his love for Elizabeth and manipulates one of the guards to inject Lear’s wife with the virus. This development is completely out of the book’s orbit (Lear’s wife in the book has cancer, not Alzheimer’s, and is definitely not injected with the virus), so I’m in the dark as to what will happen next. At the end of the episode, Elizabeth has apparently regained her cognitive abilities and is able to walk. At first I thought this scene was a dream induced by Fanning, as happens quite often in this show, but I don’t think it was meant to be a dream. So if it really happened, what plans does Fanning have for Elizabeth?

Considering all of the divergences from the book, I’m curious as to what others who have read them think of the show. Conversely, I wonder how newcomers to this story are enjoying it. For me overall, I’m finding the show very enjoyable despite the book differences, but what is truly keeping me coming back for more is how the show has handled the virals. (As the show repeatedly has pointed out in a running gag—at least I think it’s a gag—do not call them “vampires”!) For a lot of the show thus far, the virals have been waiting in the shadows; mostly staring out from behind glass holding cells. And while we may be rooting for them to finally do something, we know that it’s coming at some point, which builds a general unease as we progress through the season.

In Episode 5, we get a good glimpse into what they are capable of. As Dr. Pet tries to demonstrate an ability to control Winston by using deep brain stimulation techniques, Winston lulls him into a false sense of security and then turns the tables on him. Winston is released and then promptly shreds Pet’s neck and runs off before being stopped by Amy. I expect more of these types of tension-filled scenes with the virals, and we should be meeting more of them in upcoming weeks. Especially from Carter, whom we saw fully turn into his monster form at the end of Episode 4 but then was mainly absent from the following episode.

The Passage is not without its faults. As I touched on earlier, it can be a bit cheesy at times, and I really could do without the storyline following agent Wolgast’s wife Lila as she plays the role of amateur detective trying to expose the truth of Project Noah. I hope the show doesn’t pursue this plot point for much longer.

With five episodes left in the season, I’m eager to see how things play out. As agent Paulson said in Episode 4, “we’re gonna let them out,” so I’m pretty sure the virals will manipulate the Project Noah workers into releasing the virals. But what happens after that? Will these government-created weapons destroy the world as we know it? The books took some very interesting directions that I’m not sure the show will follow, and we will likely need to wait until a future season to find the answers. Hopefully we’ll get that chance. 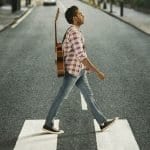