Welcome to What’s the Buzz, 25YL’s feature where members of our staff provide you with recommendations on a weekly basis. In our internet age, there is so much out there to think about watching, reading, listening to, etc., that it can be hard to separate the wheat from the chaff, filter out the noise, or find those diamonds in the rough. But have no fear! We’re here to help you do that thing I just described with three different metaphors. Each week a rotating cast of writers will offer their recommendations based on things they have discovered. They won’t always be new to the world, but they’ll be new to us, or we hope new to you. This week’s entries come from: Andrew Grevas, Andy Hageman, J.C. Hotchkiss, Will Johnson, and Caemeron Crain.

Andrew: Once dubbed the “Dad of Indie Rock” by GQ, Stephen Malkmus has released the first single from his upcoming solo album, Groove Denied. The single—“Viktor Borgia”—marks a sharp departure from previous Malkmus efforts both solo and with his bands: Pavement and Stephen Malkmus and the Jicks. The single (and upcoming album) are heavily influenced by ‘80s electronic acts such as The Human League, and sounds distinctly different than modern hipster electronica. My first impression was not favorable—I wanted something more in the vein of Malkmus’ last solo effort Face the Truth—until I found myself humming the song a few hours later. The initial shock of just how different this was wore off, and suddenly I found myself using the same dance moves as Malkmus in the video for his single. I will no longer be denying the groove

Andy: I bought a copy of Tim Johnston’s literary mystery novel, The Current, the day it came out in late January, binge-read it in less than thirty-six hours, and have been haunted by it each day since.

In brief, the novel unfolds the murders of two young women in rivers that flow through small towns in the border area of northeast Iowa and southeast Minnesota–a place called the Driftless Region. The novel opens into one of these deaths, but there’s a survivor. As she and her retired Sheriff father investigate what happened to her, the parallel lines between the current crime and a past one that has traumatized the town ever since appear to bend towards a point of intersection. I don’t want to say any more, and I recommend not reading more about the novel’s plot before diving into it.

One reason The Current is buzzworthy is the brilliant way Johnston subtly synchronizes the structure of its mysteries with character development. Most of the characters get introduced to the reader in scenes of interaction with others rather than in moments of solitude. Yet the writing delivers both their body and verbal language aimed at the others in the scenes as well as the character’s affective interior swirl of thoughts, feelings, and expectations. For some characters, this interior introduction establishes a baseline from which we observe their development; for others their private processes embody clues to the mystery of which they may or may not be conscious; and in some cases all of this happens. This design aspect of The Current makes it one of those rare mystery novels that you’ll want to digest for a bit and then re-read to marvel at Johnston’s genre acumen.

The other buzzy thing I want to say about The Current is that I’d add it to my very short list of novels in the category of “if you love Twin Peaks, you should check this out.” Johnston captures and explores the unique shades of darkness and light that exist in small towns in this flyover zone of the United States; in particular the culture of violence against young women. And the novel achieves a powerful mood in this pursuit without recourse to grotesque and/or gothic extremes, as in Winter’s Bone, or the goofy caricaturization of the iterations of Fargo. I love both of those as well as Twin Peaks, so my point here is that if you’re drawn to these sorts of imaginative ventures into small town experiences, The Current will speak to you, but with a distinctive style. 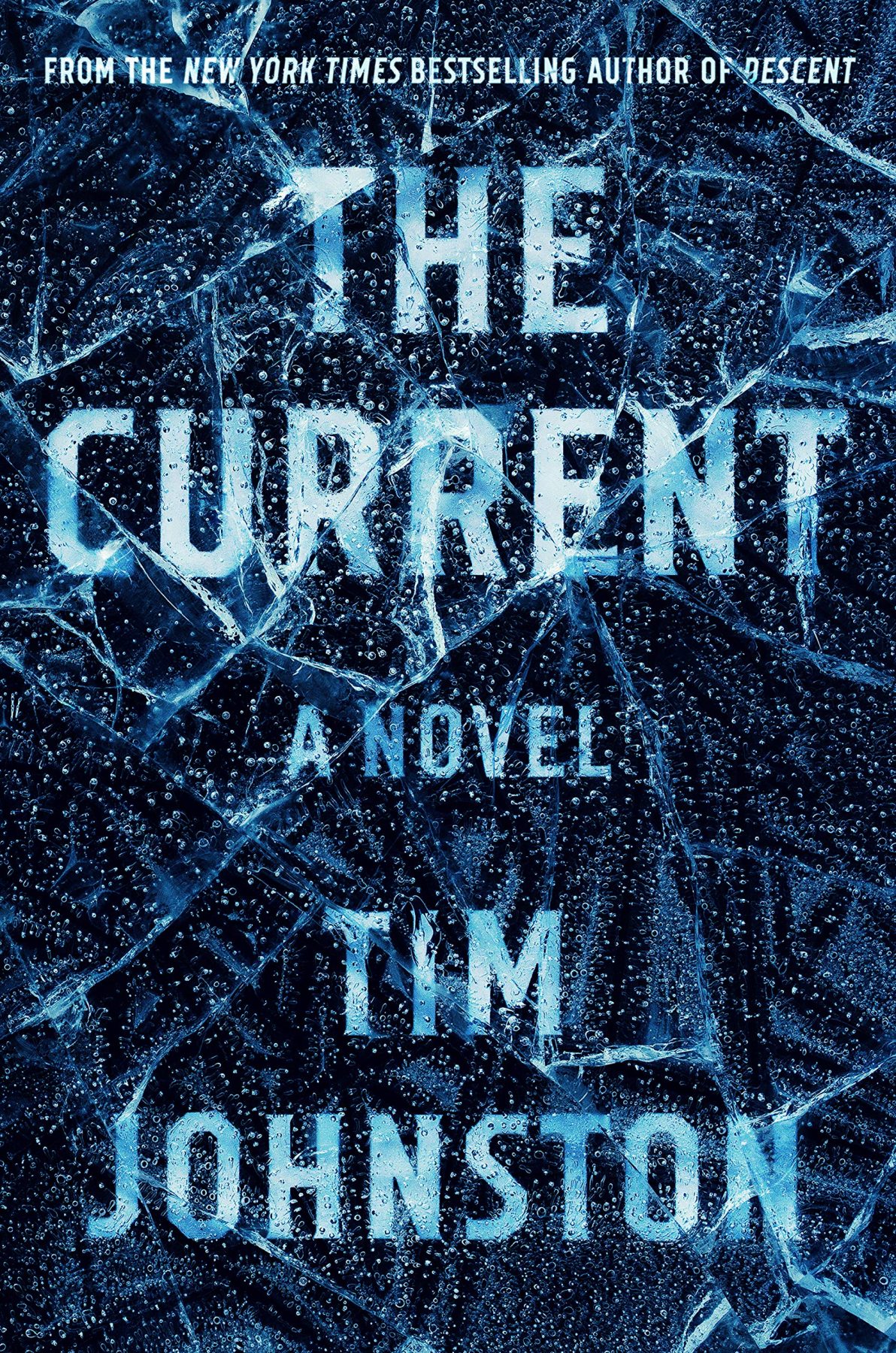 JC: I was in my car today listening to my Release Radar on Spotify, and a song come on that instantly grabbed my attention. Billie Eilish‘s “bury a friend” is one of the most interesting songs I have heard in the rotation of the recent pop anthems out there. Sounding like a soundtrack for a scene in a David Lynch movie, which is perhaps why I love it so much, it has a feel of hip-hop, world, and pop rock. Little did I know that there is more music from Eilish, an American singer-songwriter—all of it different, but all of it really great. I thought to compare her to Lorde, but her vocalizations within her songs are definitely inspired in a different way; although at only 17 years old, this girl is just beginning. Funny that this morning, Variety had released an interview with Dave Grohl from Nirvana and the Foo Fighters, in which he compares Eilish’s coming on the scene to Nirvana’s: “My daughters are obsessed with Billie Eilish. The same thing is happening with her that happened with Nirvana in 1991. People say, ‘Is rock dead?’ When I look at someone like Billie Eilish, rock and roll is not close to dead!” Quite the compliment and I too believe that Billie Eilish is going to be quite the artist. Her upcoming album should be out March 29, 2019.

Will: It took David Cronenberg 71 years to write his first novel. But it wasn’t from a lack of trying. As the legendary director/screenwriter told NPR’s Arun Rath, “I always thought I’d be a novelist. I never thought I’d be a filmmaker. I kind of got kidnapped by cinema.”

And we are all better for it.

The Canadian auteur dedicated a majority of his film career depicting humanity’s various sexual perversities and curiosities through a lens of mildly heightened reality and a science-fiction setting that seemed more an inevitable conclusion then a stylized realm of high fantasy. His street-level approach to the horror contained within our own bodies created joy for fans and stomach-churning (yet surprisingly respectful) critiques from critics. And though he has expanded his directorial palette in the last decade or so, his obsession with what we do to our bodies and minds still reigns supreme.

Consumed follows two freelance photojournalists, Naomi and Nathan, lovers who separately travel the world looking for the most unique, but wretched, human interest stories. Nathan, contracting a very rare venereal disease from one of his recent research subjects in Budapest, travels to Canada to meet Dr Roiphe, the doctor who discovered, and cured, the disease Nathan has, known as Roiphe’s. While there, he begins studying the doctor’s mentally disturbed daughter with a taste for her own flesh.

Meanwhile, Naomi travels to Japan chasing the French fugitive Aristide Arosteguy who allegedly murdered his famous wife, noted philosopher/professor Celestine, and ate pieces of her body. As Naomi tracks Aristide down, she starts to pick up clues that perhaps Aristide and Dr. Roiphe are connected despite being on opposite ends of the world. Naomi and Nathan will have to meet up to compare notes but may not be the same in mind or body when they finally reunite.

As you can see, Consumed, even in a short summary, is heavy and off-putting. And that is why it is something I recommend reading. Like the best Cronenberg film, sometimes we find out the most about human nature when it is presented in raw, uncompromising fashion. Naomi and Nathan aren’t exactly heroes, but Cronenberg depicts their self destructive patterns (Naomi is inseparable from her tech, with multiple phones, cameras, and computers on her person at all times, even during sex, while Nathan can’t separate himself from physically attaching himself to his particularly vulnerable, and terminal, research subjects) as a means of social commentary.

Will you be comfortable reading it? No. Will it at least pique your interest in the sometimes depraved human condition? Probably. Just don’t plan on eating before, during, or after immediately reading a chapter.

Caemeron: This week I watched Steven Soderbergh’s High Flying Bird on Netflix. It’s not a perfect film, but it grabbed me, and is certainly laudable in multiple ways.

First of all, the cast is great. Fan of Kyle MacLachlan that I am, I was looking forward to seeing him, but his role in the film is rather small (though he kills it). No, the real acclaim here has to go first and foremost to Andre Holland in his role as Ray Burke. But really everyone involved knocks it out of the park.

The story centers around Ray, as he navigates an NBA lockout that cripples his role as an agent. The reference point here is the actual NBA lockout of 2011, as is made clear in the film; but this is also clearly a work of fiction.

Or, well, maybe that’s not clear, as High Flying Bird is interspersed with interview segments from the likes of Donovan Mitchell and Karl-Anthony Towns recounting their experiences when entering the league. The film certainly wants to put a point of emphasis on such experiences. But the featured players in High Flying Bird—Erick Scott (Melvin Gregg) and Jamero Umber (Justin Hurtt-Dunkley)—are clearly fictional, however much they might seem like actual NBA players.

This isn’t a film about basketball, so much as it is one about race. It’s about the exploitation of the players who play the game and the pressures they face. And while those pressures might hold for young white players as well, High Flying Bird makes no bones about being focused on the black ones.

This is fundamentally a film about the power dynamic between the (generally old, rich, white) owners, and the players who make them their hay, and it hits home there. Its ultimate message seems more complex than that, though, and I can’t say I have a good line on it precisely as yet.

I’m not sure what I make of the ending, but I definitely think the film is worth a watch.

Want to hear more from the 25YL staff? You can find a number of us on Twin Peaks: Unwrapped this month, as we celebrate our Twin Peaks roots all February long!

And let us know what you recommend! You never know, we might check it out and write something!