The date has been set. Arrakis. Dune. Desert planet. Denis Villeneuve’s Dune will premiere on November 20, 2020 in IMAX and 3D. Thanksgiving will be extra spicy this year.

The cast announced so far is a ‘Who’s Who’ in Hollywood. Timothee Chalmet, Rebecca Ferguson, Charlotte Rampling, Stellan Skarsgard, David Bautista, Javier Bardem Oscar Issac Zendaya, Josh Brolin, and the just-announced—and one I’m super stoked for—Jason Momoa as Duncan Idaho. Still to be announced is Feyd Rautha, Princess Irulan, and the Emperor. No speculations yet, but you never know who will pop up next. Although you know me as someone definitely on Team Lynch, this new adaptation has me curious and excited to see what visionary director Villeneuve will do with it. Being so creative with his casting choices is definitely a step in the right direction. Time will tell on whether the extravagant sets (or CGI) will transport us to House Atreides, Harkonnen, and Arrakis.

Will you be seeing Dune opening weekend November 2020, or are you sticking with the memory of Lynchian cult favorite Dune? For the latest on Dune and other TV/Film/Pop Culture news keep your eyes peeled to 25 Years Later Site. 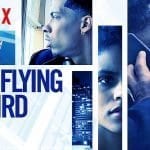