An audio version of this article is now available on our Patreon Page. Sign up as a Patron to hear this and many more audio articles from the 25YL Team.

Here at 25YLSite, we handle a lot of heavy lifting. Analysis, interpretation, deep discussion, introspective interviews…you name it, we’ve got it. “Favorites” takes a lighter approach to the material we normally cover. Each week, we will take you through a list of favorites—whether it’s moments, scenes, episodes, characters, lines of dialogue, whatever!—in bite-sized articles perfect for your lunch break, a dull commute, or anywhere you need to take a Moment of Zen. So, sit back and enjoy this week’s offering: Andrew Grevas’ Favorite Laura Palmer moments.

Laura Palmer, the dead girl wrapped in plastic, was the heart of the Twin Peaks narrative. We celebrate the anniversary of her death in the Twin Peaks fandom not for any morbid reasons, but rather because, without her, there is no Twin Peaks. As part of 25YL’s month-long celebration of the show this site was founded upon, I will be looking back on my favorite Laura Palmer moments here in this article. Laura’s scenes were, for the most part, filled with heavy emotions and this top 5 list of moments will certainly reflect that. Let’s remember Laura Palmer and her most memorable moments together.

Nobody thought Twin Peaks was going to be a “normal” show after the Pilot Episode but the ending of the third Episode turned the viewing audience upside down. A red room, with a backwards speaking, dancing little man was unlike anything previously seen on television before but the kicker was our “dead girl”, Laura Palmer being a part of this surreal experience. Laura was there, speaking cryptically, giving clues to Agent Cooper to help solve the mystery of her murder. It cannot be emphasized enough how much of a shock this was to those watching at home. Today, we’re accustomed to dream-like storytelling and deceased characters continuing to be a part of the narrative but this was groundbreaking. Twin Peaks told us here in this scene that it would be a show that played by its own rules and that Laura Palmer wouldn’t just be a victim forgotten about as the show progressed. Laura was filled with secrets and those secrets would help dictate the course moving forward. 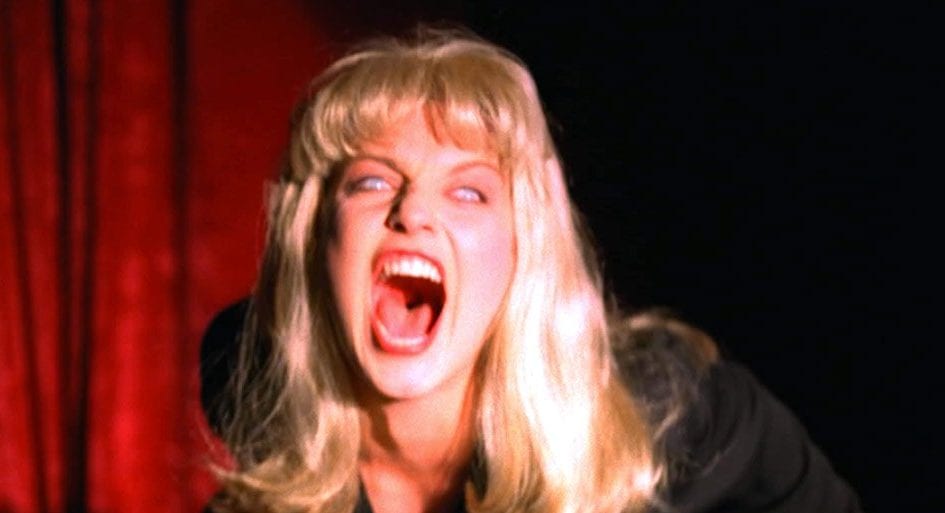 The finale of Season 2 took a show that had already broken all of television’s rules and then invented a few new rules just to break them. The fourth act of this powerhouse hour of television was largely set in the Red Room, bending our minds and leaving viewers questioning everything. The episode was also heavy on the Twin Peaks style of horror, with our favorite deceased Homecoming Queen delivering what is now known as her trademark scream. It, to this date, is literally the most terrifying scream I have ever heard. I first saw the scene at the tender age of 6 and am not exaggerating when I say that it traumatized me far greater than any scene with BOB, which is saying a lot. As an audience, we hadn’t seen Laura in any flashbacks or even heard mention of her in quite a while, so bringing her back for the finale felt both right and special. Between the strobe lights, the appearance of doppelgängers and that scream, the Red Room was genuinely terrifying in this episode and Laura Palmer stands out as a key element. 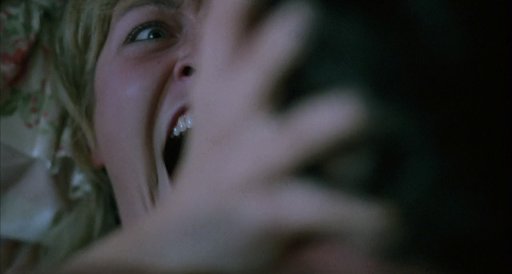 So much of Twin Peaks: Fire Walk With Me was about Laura knowing but struggling to accept that it was her father being inhabited by BOB. Putting myself in her shoes, I would’ve wanted to not accept that sickening reality either. In many ways, the climax of the film is when Laura waits for BOB to enter her window one night, knowing full well that he’s coming. As BOB begins to rape Laura, she asks “Who are you?” until she finally sees that BOB is indeed her father. While that is the more memorable scene, to me the next morning is the big moment, the turning point for Laura. As Leland tries to make breakfast talk at the table, Laura runs off in tears to her room, grabbing her stuff to leave for school. Leland follows her, asking her what’s the matter. Tears in her eyes, Laura stares her father down and tells him to stay away from her. She knows the truth, as painful as it is, but she’s not showing any fear. She’s standing her ground to her torturer, not giving him any power over her. In a moment where many would’ve crumbled, Laura looked evil in the eye and displayed the strength we’ve come to associate with her in a moment that has to be full of emotion for the real-life Laura Palmer’s watching this film. 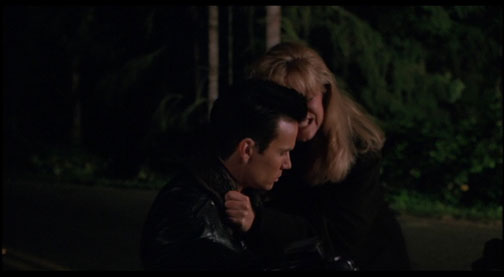 Twin Peaks: Fire Walk With Me was a film all about Laura Palmer so it should come as no surprise that it would be filled with exceptional moments featuring her character. On the night of her death, Laura met with James for the last time, starting the chain of events that would see her life end. More so than any other scene in the film, Laura’s internal struggle, the battle being fought inside her, was on full display. She was all over the place, both telling James off and screaming that she loved him. She wanted to push him away to not only protect him but also because she knew her fate by this time. She wanted to keep him close because he represented to her a life without cocaine, prostitution and most importantly, a life without BOB. I don’t know if Laura truly loved James but he was a part of her daydream of what life could be like and despite knowing her fate, accepting her own death isn’t an easy pill to swallow. Watching Laura’s contradicting emotions in this scene gives the viewer a perfect insight into what her mind must’ve been like all the time and that’s devastating to think about. When Laura jumped off the bike and ran into the woods, she made a choice to give up her dreams of a better life and accept her dark reality. 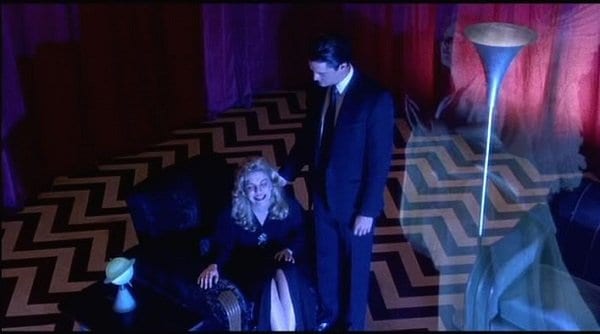 Regardless of how you view Season 3’s impact on Laura Palmer, her life ended at the hands of her father inside a train car. We next see her in her trademark “Red Room dress”, hair perfect, sitting in a chair next to a standing Agent Cooper in the Red Room. Laura is crying and the tears pick up as she sees her angel return to her. The tears and the emotions behind it are complicated—she is dead yet she survived. Her life may be over but so is the pain, the torture, the double life and most importantly, she never gave in. Just like how in reality some victims of abuse continue the cycle, BOB wanted Laura to carry out his demonic wishes but she wouldn’t. She chose death over doing to others what had been done to her and here in the Red Room, all of those feelings poured out. She likely didn’t know where she was but she knew she was free. The ending of Twin Peaks: Fire Walk With Me is a happy ending to a tragic tale, even if there’s more story to come after.

What are your favorite Laura Palmer moments? Be sure to comment and let us know! 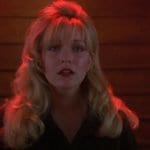