There have been murmurs of the possibility of a Gremlins reboot for a couple few years now. Chris Columbus has basically said that he has written a script. Zach Galligan has feigned a conversation with Gizmo about there being no CGI. And Gremlins 3 even has an IMDb entry; although it contains virtually no information.

None of which seems to have much to do with the recent announcement that Warner Bros. and Amblin are planning an animated series, which is to air on WarnerMedia’s forthcoming streaming service. Because of course it is, and of course they think that this sort of proprietary model is in their business interests. (I am not so sure, but I digress).

There is no indication that Chris Columbus or Joe Dante have anything to do with this project, much less Zach Galligan. Instead, Tze Chun is purportedly attached. And perhaps that is fine, but what is this show going to be?

The potential series is said to be a period piece that would follow Mr. Wing, the Chinese grandfather played in the films by Keye Luke, as a young man as he goes on adventures with the friendly Mogwai Gizmo.

So, will there be gremlins in this show?

Gizmo’s status was always weirdly suspect, particularly in light of the strangely brilliant Gremlins 2. Here we see the gremlins proliferate; spawning into different types, and generally wreaking havoc upon the world. 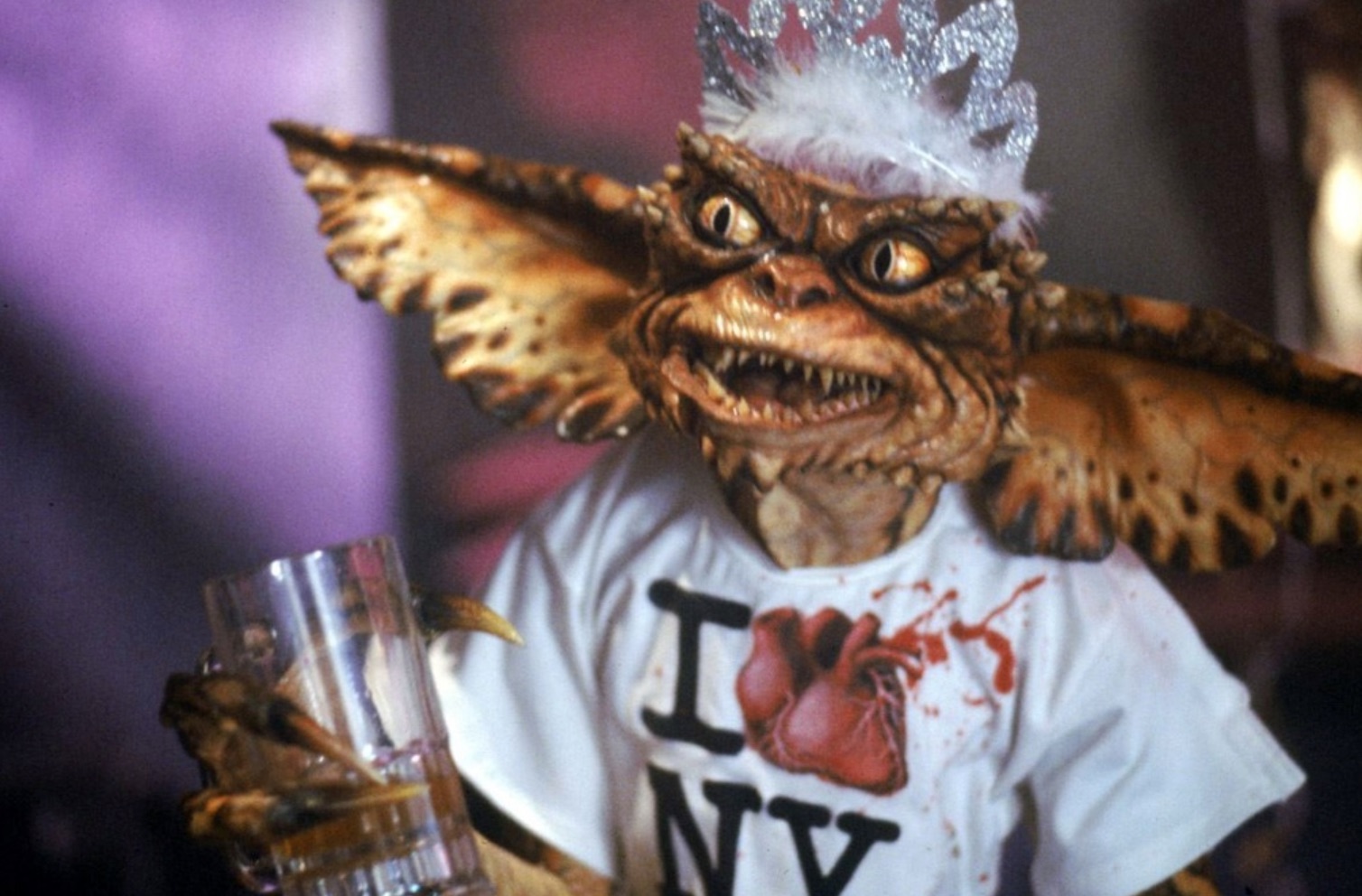 There is something insanely silly about the whole thing—with the Hulk Hogan scene and so on—but also something deep about it, as the Institute of Gremlins 2 Studies has laid out so well in their tweets.

These are both funny and serious. I would have to agree that Gremlins 2 lays bare something about late capitalism and its excesses. But so too does the first film.

Will this be there in this animated series? The theme of the films is arguably about how, under the cute and fluffy face of our consumerism, there lies a dark and terrifying chaos. Baby Shark on the surface, but children in detention centers underneath.

Or perhaps we should be more direct, as all of those toys you buy your kids were made in sweatshops?

Beneath the veneer of pop culture lies the potentially frightening turmoil of capitalism and its de-territorializations. And, I take it, this is what the Gremlins franchise is about.

In that register, I fear that this new animated series might serve to re-assert the surface, and cover over what what was incisive about Gremlins in the first place; even if you didn’t realize it.

I hope that I’m wrong. If this series helps to introduce a new generation to Gremlins, I’m all for it. But if it is just about a Chinese man and his friendly mogwai having adventures, well…that’s not Gremlins.