Season 3 of True Detective has come and gone. Just like with the end of any story, there are bound to be any number of opinions and reasons to justify those opinions circulating the internet by now. There will be those that wanted plot twists. There will be those that wanted a larger conspiracy or the occult element that made Season 1 stand out so much. There will be those that perhaps felt like we have too many loose ends. What we got, was a story of the human condition. We got a love story, a bright light focused on mental health issues, and an accurate portrayal of a time and place in American culture that a lot of Americans feel we’re reverting back to. Or perhaps never left. We got a story of ghosts and the importance of family and friends. We got a story of what obsession can do to people and finally, we got a story of mortality. True Detective Season 3 may not have bent our minds like Season 1 or provided a completed web of mystery to navigate like Season 2, but what it gave us was a truly powerful 8 episode arc with career defining performances from the cast and a story that leaves us with a lot to think about.

Our first big reveal in the finale was seeing the conversation between Wayne and Hoyt. Hoyt was not portrayed as a monster but rather a broken man with some very real baggage, just like both of our detectives. As a viewer, the expectation was for Hoyt to position himself as a threat to Wayne, to take a position of power over him which would culminate in some kind of final confrontation. When that didn’t happen and Hoyt left Wayne alone in the woods in 1990, it was quite clear that this story was going down a unique road. There was no “super villain” here. What we would be getting was something differently entirely.

Sticking with the investigation portion of the episode, in 2015 Wayne and Roland would appear to get all of those lingering questions they’ve had since 1980 answered easily. Between breaking into the abandoned Hoyt compound and finally seeing the “Pink Room”, which included a mural made by a child, displaying what appeared to be a happy family unit between Isabel, Mr. June and “Mary”, and then finding Mr. June on his farm, the story quickly came together. At gun point, Mr. June told Wayne and Roland the whole story: how he helped Mr. Hoyt raise Isabelle after her own mother passed, how Harris James came to be Hoyt’s employee, how Isabel lost her daughter and then, her descent into mental illness. Like many people predicted, Isabel’s need to replace her deceased daughter came in the form of Julie Purcell. Julie’s mother Lucy allowed this relationship to happen in exchange for money, and Isabel’s growing desire to take the girl for her own lead to adoption discussions, with Tom being acknowledged as a problem they would have to deal with. Will’s death was a result of an emotional outburst from Isabel, who was solely focused on the girl, whom she would take and drug for the next ten years, until Julie finally escaped with help from Mr. June, who would continue to look for her. The Hoyt family and their associates would commit many heinous acts, including murder, over the years, but this chain of events didn’t start off with evil intentions. This was a family impacted by grief and mental illness who never got the right help and a lot of people died as a result. A town never recovered. Turn on the evening news on any given night and you’ll hear a similar story: mental illness isn’t treated, people die as a result, and those that survive are forever impacted by acts of violence. Mr. June’s tale to the detectives ended with a tragedy: that Julie Purcell had contracted HIV from “things she did out there” and died. Mr. June’s request to be punished was denied by Wayne and Roland, leaving him to continue suffering alone until his days on this Earth finally ran out.

At this point as a viewer, I felt a little let down. A large narrative download had just been dropped in our laps and while the story itself checked out, it didn’t feel like closure. Roland, speaking for the audience, tells Wayne that same thing and that’s when we as an audience knew that there was another story to tell, to borrow Amelia’s words. More on that later.

Throughout the episode we got to fill in gaps on Wayne’s relationship with Amelia. We got to see him choose her over his career in 1980, when we finally saw how his career went downhill quick. We saw him choose her in 1990, after his meeting with Hoyt, when in a conversation about how the Purcell case defined their relationship, Wayne agreed to walk away from the force and begin a new life. In the fourth timeline that we first saw last week, we saw Wayne working as campus security, happily checking in on his wife’s class, with a smile that was absent from his face in both 1980 and 1990. Choosing her and letting go of his obsession of the Purcell case allowed him to be present for his family, to be in the moment instead of just being an angry and emotionally absent figure in his family’s life. The big perceived mystery over what was going on with Wayne’s daughter and why she moved away turned out to be nothing. We saw her home later, happy to see her father. There was no underlying problem, likely because her parents made a decision to give up their shared obsession and focus on what they had, each other, instead of chasing the mystery of the Purcell case forever.

Wayne’s final visit from a ghost had to be Amelia. The lack of closure that Mr. June’s story gave us could only be corrected by a story from Amelia, who was the true detective of this season. She had figured it out, had exposed the cover up surrounding Julie’s “death”, that the little boy who was so shook up over Julie’s disappearance in 1980 had found her at the covenant and gave her the happily ever after she deserved. Amelia might not have exposed that in her book (although she did mention Mike, providing Wayne with the idea to find them in 2015) but she knew. She kept the secret because leaving them alone was the only way to give Julie a peaceful existence after a life of pain. Nobody needed to find her, which is what made Wayne’s loss of memory when he found her in 2015 so key. Whether it was an act of his subconscious or some other kind of intervention, Wayne was stopped just short of having a conversation with Julie she wouldn’t want to have. Amelia gave him the answer and his closure. He didn’t need to go any further. Later that day, surrounded by his best friend and his family, Wayne died, with his deceased wife walking him into the afterlife after helping him find the closure he needed to leave this life. In a beautiful, full circle moment, the last thing Wayne saw before he passed were a brother and sister riding bikes, the smile on his face every bit as big as the children’s smiles. The Purcell case was finally over for Wayne.

True Detective Season 3 told a story of race relations in America. It told a story of what life was like for veterans of the Vietnam war, coming home to a country that didn’t champion them the way they had survivors of previous wars. In a day and age where Hollywood is under scrutiny for treating the aging process without dignity and often times in a joking manner, True Detective told an accurate story about people in their latter years and the need to work through problems that had defined them for far too long. We got to see our characters, in the form of ghosts, look backwards at their lives and remember those key moments that their memories were locked on.

More than anything else though, True Detective Season 3 doubled down on the power of love; and despite how ugly and challenging life can be at times, we get through the hardest of times together, with the friends and loved ones we cherish the most. In today’s turbulent and volatile world, True Detective was a message of hope and a call to be good to the ones we love. We need them.

25YL isn’t done with our True Detective coverage and analysis yet! Join us over the next few weeks for additional articles, including a roundtable discussion featuring several of our writers going over the season as a whole! 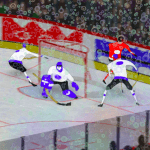