As The Kirlian Frequency presents itself as a late-night radio show recounting the mysteries and horrors of a small, quaint town, you would be forgiven for making the easy comparison to Welcome to Night Vale. And you certainly wouldn’t be wrong. But as short, uniquely animated vignettes, The Kirlian Frequency is definitely worth the 45 minutes it takes to watch the whole series.

With the series in production since 2009 (though the first episode didn’t actually arrive until 2017) the Spanish-created La Frequencia Kirlian actually predates Welcome to Night Vale by several years. The series released five episodes (in Spanish) to YouTube and Vimeo before disappearing, only to reappear—now with an English and Portuguese dubbing—on Netflix earlier this month.

Each episode focuses on a different individual, looking at their time as a resident of Kirlian or how they came to pass through the town. Presented over grainy audio, excellent voice acting gives a definitive sense of unease as strangers recount their horrors, hosts hold their guests hostage, and children weep in fear. The Kirlian Frequency avoids the trappings of a more conventional horror feature, moving away from jump scares, body horror, and shock, instead diving more into Lovecraftian terrors, creating set pieces and narratives that do less to disturb and more to inspire a lingering sense of dread.

This dread is only amplified by the animation style. Embedded in dark colors, there is a constant sense that something is lingering in the background. Individual scenes often hide subtle secrets about their contents, with simple animations betraying truths that can very easily be missed early on. Unfortunately, the animation does feel clunky at times, specifically when it tries to show a wider range of action. As a result, The Kirlian Frequency excels when it is trying to convey a mood, embracing subtlety and simple movements, but can snap a viewer out of the moment when something grander is happening.

Occasionally, the series steps away from the radio callers to build a backing narrative, attempting to set up future events. A few work well enough, but a number feel more tacked on in an attempt to create a looming threat before establishing more of a baseline for the series. With only five episodes available and a runtime of under 50 minutes, it often feels like the time spent to set up this final confrontation could be better served as additional time with that week’s guest, or, at the very least, integrated into the story in a way that feels more natural. The third episode, “A New Color,” did this wonderfully, adding to the mythos of Kirlian in a way that felt essential to the story as well as creating set-ups that could easily have seen a payoff in a future episode.

The Kirlian Frequency shines when it allows itself to be a campfire story—the moments where the animation provides atmosphere rather than action and the brief stories focus on the vignettes, rather than world building. So pull up a chair, turn off the lights, and let the flickering lights of the TV and your own unease fill the dead air. 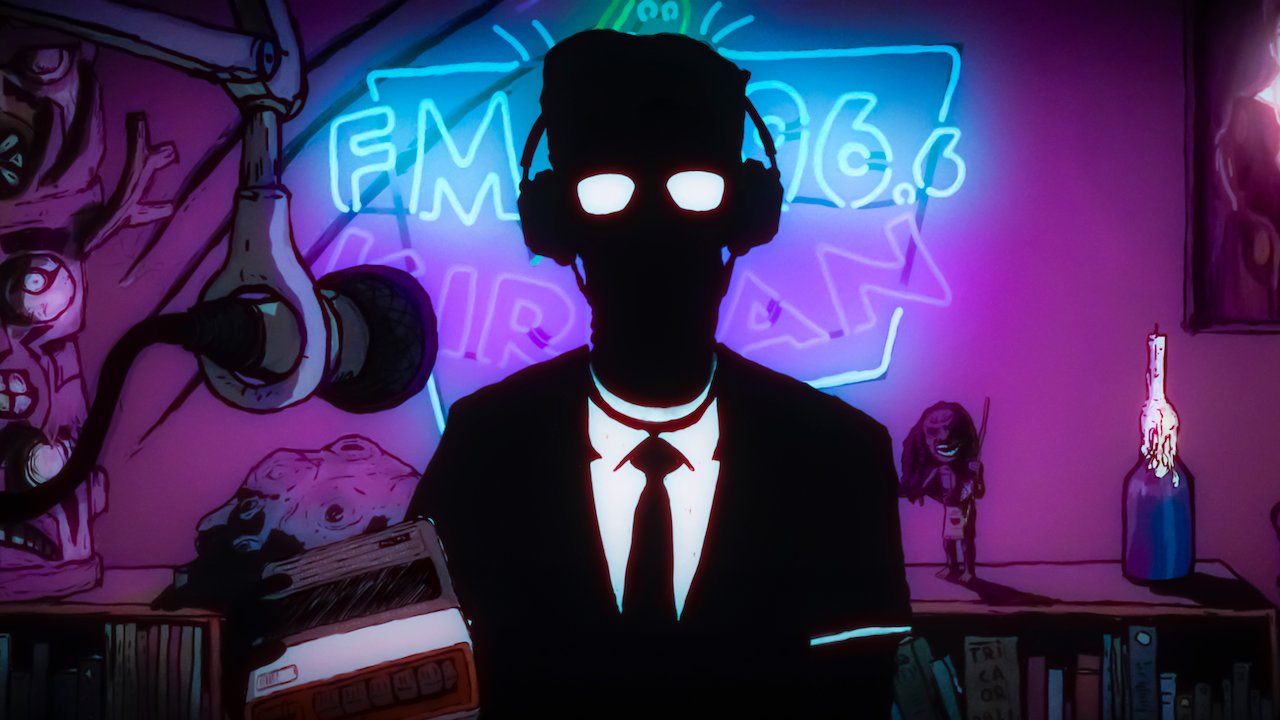