After weeks of teasing, the promised occurrence has finally happened: Spock comes to Star Trek: Discovery. But is this the Spock we expected? What we get is a Spock (Ethan Peck) whose mind is broken, seemingly mumbling gibberish and unaware of the world around him. “Light and Shadows”—the seventh episode of Season 2 of Star Trek: Discovery, coming at the halfway point of the season—pulls back the curtain on a period of Spock’s life about which we’ve known very little and makes some surprising revelations. We see brief moments of his childhood with Michael Burnham (Sonequa Martin-Green) as his adopted sister, and the sweetness they shared. And by the end of the episode, we’re led somewhere we never thought the show would take us.

Captain Pike (Anson Mount), temporarily in command of the USS Discovery, grants Burnham permission to return to her home on Vulcan to make amends with her family and to try and find Spock, who holds clues to the mystery of seven red bursts that have appeared around the galaxy, accompanied by appearances of an entity called the Red Angel . Burnham finds that her adoptive mother Amanda (Mia Kirshner) is secretly harboring Spock, unbeknownst even to her husband, the Vulcan ambassador Sarek (James Frain). Spock is incoherent and babbling. With Sarek’s support, Spock is delivered to Section 31 for treatment. Thanks to a surprise move by Philippa Georgiou (Michelle Yeoh), Burnham learns that Spock is going to be subjected to a dangerous memory extraction procedure that will damage his mind irrevocably. Georgiou allows Burnham to overpower her so that she can rescue Spock and steal a shuttle, enabling their escape. She discovers that a series of numbers that Spock has been reciting—749148—is, in fact, a set of coordinates, so she heads the shuttle in that direction—toward Talos IV.

What’s so significant about Talos IV? For those who know their Trek history, Talos IV is the setting of the very first episode of Star Trek—the original unaired pilot called “The Cage”—a setting that was revisited in The Original Series‘ first season in a two-parter called “The Menagerie.” For those who aren’t as familiar with their Trek history, here’s a very brief primer:

2254: The Enterprise, under the command of Captain Christopher Pike (Jeffrey Hunter), is lured to the planet Talos IV under the guise of an 18-year-old distress signal from the survivors of the crashed SS Columbia. A landing party is sent to find the settlement, and they discover that the survivors are in near-perfect health. Pike is lured away from the others by a beautiful young girl, Vina, to be captured by the Talosians—aliens with huge throbbing craniums and extreme mental prowess. He’s placed in a cage and subjected to illusions to break him to the Talosians’ will, using Vina as bait, but he’s too strong. He and his crew (Spock and Number One among them) learn that there was ever only one survivor of the crash—Vina—and she was horribly broken and disfigured, but thanks to the Talosians’ mental abilities, she’s able to live any life she chooses in her own mind. Pike and his crew are released as unsuitable subjects for the Talosians’ purposes. Starfleet bans any ship from approaching or having any contact with Talos IV under threat of death (The Original Series, “The Cage,” 1966).

2257: Burnham finds Spock on Vulcan, delivers him to Section 31, then takes him to the coordinates that he’s been muttering, leading her to Talos IV (Discovery, “Light and Shadows,” 2019).

2267: Captain Pike, having suffered a horrible and debilitating exposure to delta rays, is little more than a vegetable, confined to a support chair with very limited communication. Spock (Leonard Nimoy) essentially kidnaps Pike in a highly illegal mission to return him to Talos IV so that he can live out a life like Vina, unfettered by his disabilities (The Original Series, “The Menagerie,” 1966).

How is Talos IV going to play into the Discovery storyline? My guess is that, having been there before and being familiar with the abilities of the Talosians, Spock subconsciously knows it as a place where he can be rescued from the mental turmoil he’s undergoing. He’s returning to the Talos system to save himself, in much the same way he will take Pike there in 10 years to save him.

Back on the Discovery, Pike is in a battle of wits with Lieutenant Tyler (Shazad Latif) over who controls the mission, and also in a battle with time itself, as a temporal anomaly opens up in the spot over Kaminar where one of the red bursts appeared in last week’s episode. Anson Mount continues to be a positive force on Star Trek: Discovery, bringing to life a character that we’ve had limited exposure to before now. He began this season stepping into the Discovery command position vacated by Captain Gabriel Lorca last season, a man that proved untrustworthy and duplicitous (understandable, being from the parallel Mirror Universe as he was). Pike quickly won over the loyalty of the Discovery crew as well as that of the Star Trek Discovery audience with his affable command style. Tyler, recently returned to the Discovery fold as a Section 31 officer after being on the Klingon home world for a time (he’s actually a Klingon called Voq, you see, who’s been surgically modified to pass as human), represents everything that Pike dislikes about Section 31, an organization that operates in the moral shadows. The pair take a shuttle into the anomaly to launch a probe that will hopefully determine its nature and origin. After launching the probe into the anomaly, it comes back to them from 500 years in the future, drastically altered, and attacks them. Who or what in the future has used the probe against them? Does this occurrence relate in any way to the Red Angel, which also seems to come from the future?

As unexpected as an impending visit to Talos IV is, something else happens that’s almost more shocking: Lieutenant Commander Airiam (Hannah Cheesman), the machine-like augmented human bridge crew member, gets something in her eye. As the shuttle and the probe are destroyed and Pike and Tyler are beamed back, a series of three red lights flashes into Airiam’s eye, having some kind of effect on her (we don’t know what, yet). Like all of the secondary bridge characters, Airiam was little more than intriguing window dressing in the first season, but in Season 2 has been given a more active role in each episode, usually as a Data-like search engine. But this surprising development will seemingly make her an integral element of the unfolding story of the Red Angel. Who knows—maybe Airiam becomes the Red Angel and this is the origin of that. From the end of last season I’ve been hoping for greater involvement for the “background” bridge crew, and we’ve been getting a lot more of them this year, but it looks like Airiam is about to take a big step forward. (Similarly, Lieutenant General Rhys [Patrick Kwok-Choon] gets his first hero moment, being the one to figure out how to find the Captain and Tyler in the anomaly.)

By linking its narrative to that of Pike and Spock’s history with Talos IV, “Light and Shadows” firmly roots Discovery in the larger Star Trek television chronology, if any question still remains about its canonical validity. It’s quite a fascinating episode that exposes some of the Sarek family dynamics and bridges a chasm between a captain and a mission specialist at odds. In next week’s episode, “If Memory Serves,” Burnham and Spock make it to Talos IV—in the trailer we get our first look at Talosians since 1966 and they look mighty cool—to presumably repair Spock’s mind. The next episode will air March 7 at 8:30 pm Eastern on CBS All Access. 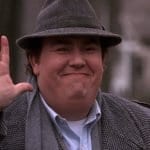