Winter has arrived good and proper, and if this trailer for the last Season of Game of Thrones doesn’t chill you to the bone, then your heart is already as cold as a White Walker.

The trailer spells E.P.I.C. and what more could we expect from the show that has broken records when it comes to shocking moments in TV? With only 6 feature-length episodes left to the end of it all, the trailer focuses on the Final Battle, the one we have been waiting from the moment we heard that “Winter is Coming”. The Army of The Dead are poised and ready for action, but who really is their leader, the Night King?  My money is on him being a Stark (Bran anyone?) and that is going to lead to some very difficult decisions for both sides of the battle. Cersei excepted of course.

“Some say he was a Bolton. Some say a Magnar out of Skagos, some say Umber, Flint, or Norrey. Some would have you think he was a Woodfoot, from them who ruled Bear island before the ironmen came. He never was. He was a Stark, the brother of the man who brought him down. He was a Stark of Winterfell, and who can say? Mayhaps his name was Brandon. Mayhaps he slept in this very bed in this very room.” — Old Nan to Bran Stark

With Cersei having no-one left (no-one that matters at least) she really has nothing left to lose but face. Will she continue the trend of doing the wrong thing to the very end, or could she just turn out to be our true heroine and rightful winner of the Iron Throne? She’s looking a little bit smug, but a little bit sad here too—will all this time alone give her chance to reflect on what really matters? Especially the love of a brother?

All our favourite faces turn up here (even Gendry, Jorah and The Hound!) to join forces in a battle that reportedly took 3 months to film, but will the battle be the end? After all, it hasn’t been the fighting that has made Game of Thrones one of the most popular cultural phenomenons of all time, it has been the character plays, the twists and turns, the unexpected deceptions. And let’s face it, for the finale season we want it ALL and more. The question at this point is less about who is going to win, but who isn’t going to die? Just how painful is it going to be? I have a feeling the Red Wedding will feel like a trip to Disneyland in comparison.

Arya steals the show. She is now at peak Badass Level: “I know death. He’s got many faces. I look forward to seeing this one.” But here’s she’s running scared and after everything she’s been through, there are few things that can make Arya Stark that terrified—just what is hunting her?  My one last wish is for that smile of her’s shown here to be because Jaqen H’ghar comes back to help her kick ass, but I’m not holding my breath for no-one.

Daenarys and Jon Snow are still looking all gooey-eyed at each other, but is this before or after they find out they are related?

There’s so much tale left to be told and I’ll be walking through the final season of Game of Thrones every week and I can’t wait to talk with you all about each episode.

The first episode of the season finale will air on HBO in the US on 14th April and on Sky Atlantic in the UK on April 15 at 2am. But for those who don’t fancy the early start, you can watch episode one when it airs again at 9pm on Monday evenings. 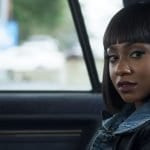 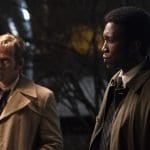