The thing Gundam fans have adamantly wanted and not wanted seems to be coming to pass, and for real this time: Bryan K. Vaughan has been tasked to write the screenplay for the western adaptation of the popular Japanese Gundam License into a live action film. Legendary Pictures is adapting it in cooperation with license holder Sunrise.

The original Mobile Suit Gundam debuted in 1979 and began the humans-piloting-robots craze that can still be seen today. The plot began in the year 2179 when a space colony known as the Principality of Zeon declares independence from the Earth Federation. And they go to war piloting Gundam mechs against each other.

The plot of this modern Gundam adaptation is currently unrevealed. Cale Boyter is overseeing the project on behalf of Legendary Pictures along with the Sunrise creative team.

I’m at peace with this one, though I can understand if Gundam fans are hesitant. I had reservations back when Keanu Reeves was trying to launch live action Cowboy Bebop, and I had reservations when Tobey Maguire was trying to launch a live action Robotech. I could take comfort back then in the fact that these things rarely came to fruition. The Lord of the Rings special effects team WETA Workshop was famously trying to bring over a live action version of Neon Genesis Evangelion but not even that could get footing. I can understand why Gundam fans could be rolling their eyes about yet another live action adaptation announcement, but I think this time they should take it seriously. I also think they’ll probably end up liking the final product.

Why am I feeling so optimistic this time? Because Bryan K. Vaughan is writing it. And if there’s one thing about Vaughan, it’s that he always puts character first. Legendary Pictures has already proven that it can make an entertaining love letter to old-school kaiju films with its Pacific Rim series, so I’m confident their special effects team will be more than capable in making the Gundam mechs come alive, but the story is practically guaranteed to come alive just as strongly with Vaughan behind the dialogue and character motivations.

Vaughan’s responsible for the classic comic book series Y: The Last Man, which is being adapted for television as we speak. He also wrote Ex Machina, a series that followed the political career of New York’s first superhero mayor. And of course there’s Image Comics’ Saga, which he and artist Fiona Staples have been creating since 2012. People have been saying “I don’t read comics but I do read Saga”, “This is the best comic since Sandman”, and “this book is the best damn comic book ever” for so long that it’s old hat to say anything at all about Saga, but that’s an accomplishment all by itself that shouldn’t be taken for granted.

What’s Saga about?  It’s a story initially inspired by Star Wars about two aliens from different races raising their child together in an environment where their races are actively warring against each other. Vaughan can juggle the battle between the Principality of Zeon and the Earth Federation while giving us utterly human moments, no problem. He’s already pulled it off perfectly in another medium. He’s got the chops.

I can hear you asking, can Vaughan make his magic happen in this medium? Not only does Vaughan have an impressive comic book resume, he’s also in charge of bringing Lost back on track when he joined the show in Season 3—particularly with a storyline between Desmond and Charley. He’s also made Under The Dome’s first season a surprise summer water-cooler event. The man has a gift for making humanity rise out of any situation in any medium. Based on track record alone, I would not be shocked if soon Gundam characters will be in our cultural lexicon in a way like the nation of Wakanda now is. 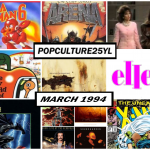