For over two thousand years, humankind have been obsessed with the macabre and dark side of life starting with the advent of Halloween. A Celtic festival celebrating the dead, Halloween has gone on to be celebrated every year across the world; this desire and thrill to be scared has permeated through all types of mediums including music, television and books. It is little wonder that the history of film is richly served by horror films. Here we will take a brief look at the history of horror films by decade and how they have been influenced and reflected by real life and society at the time.

Cultural differences and societal changes feature in most horror films—there is a clear trend throughout history of art imitating life. It is not always intentional but by tapping into some very real fears of their time the masters of horror have created some everlasting images and echo through time and are replicated in modern horror.

In 1896, one of the first moving films was a short film of a train pulling into a station; if records are to be believed the sight of a train coming into shot scared audiences witless. In all likelihood, they were just in awe of what they were seeing rather than scared, but it is a fitting start to our tour through the ages. For true horror origins—we need look no further than Germany 1922 and a silent movie called Nosferatu; this black and white eerie film perfectly sets the tone and mood of horror movies to come. A menacing Max Schreck tales on the role of a mythical vampire, which is replayed for decades to come most notably in the Hammer Horror movies. Although there was no choice at the time, the black and white shadowing and pitch perfect lighting only serves to add to the oozing atmosphere and building dread—not to mention a menacing turn from a transformed Schreck. German Expressionist horror lived a long and fruitful life as it inspired many trends to follow. So much so that in all likelihood, even if you have not had the pleasure of seeing Nosferatu, you will know some of the most iconic imagery proving the impact this ground breaking film had on and industry boasting one of the most diverse genres.

Germany was not the only country forging a path in horror. The United Kingdom had a rich and diverse collection of literature to draw upon, which fueled many a classic horror film. A plethora of classic monster movies were to come from Universal and an eclectic collection of well-known directors, but to kick things off,  Dr Jekyll and Mr Hyde in 1921 introduced a familiar story to a whole new audience.

The story of a scientist driven mad by a split personality and losing control is something to be revisited many times over the years in many different forms. This incarnation stands as one of the best with chilling and suitably manic turns from the leads coupled with subtle but affecting make up for the transformation from one personality to another. It boasts an eccentric English sensibility which only adds to the chill factor.

In terms of social politics, horror films in the twenties purely served as a thrill ride with no hidden or subtle agendas; their only intention was to keep people on the edge of their seats and leaving theaters with white knuckles and chattering teeth. Hollywood was starting to boom and horror films were easy, cheap and quick to make; their popularity made them a socializing event and ,even to this day, people gather together for a good scare. Maybe it is safety in numbers or maybe we just like to share to fun. Whatever it may be it has endured through many ups and downs.

In the age when stars signed contracts to one studio, Lon Chaney was fast becoming a horror icon; his career spanned the twenties and thirties with arguably one of his most recognizable and accomplished films coming early in his career. Again drawing from literature, The Phantom of The Opera was a huge success; its opulent sets and well-loved story resonated with audiences and made Lon Chaney a bonafide star. This was America’s foray into horror and again followed a similar pattern to those that came before it.

One common theme throughout this decade’s horror is the romantic element. These films often feature a deranged sometimes monstrous villain who has either lost the one they love or is manically pursuing the one they desire. The helpless damsel almost always falls into their clutches only to be rescued by a dashing man of some class—maybe this is where the social elements come in to it. In the current age of equal rights, feminist attitudes and me too campaigns these films seem hugely outdated. They are reflective of their time and should only be taken and enjoyed for what they are but they do offer a fascinating insight into the classes of the day. Men were the villains, but in a way that made audiences root for them. Women were always in need of rescuing and the upper-class man was their savior. This hierarchy of class carries on for some time to come and as we explore future decades it will be fascinating to see how this changes. For now though, the roaring twenties continues to give us some classic horror films.

Not to be outdone, France’s The Fall of the House of Usher in 1928 introduced one of history’s most famous horror authors Edgar Allan Poe to the silver screen and a wider audience. Directed by Jean Epstein, this was included in Roger Ebert’s list of Great Movies!  Focusing on another aspect of horror which became a regular feature in many films to come, the story of a brother and sister who fall foul of a dreaded family curse. Curses and witchcraft are to become regular horror staples in many films considered to be classic. They often provided a thought provoking horror rather than out and out scares and have a longer lasting effect than your average spookfest; the thinking man’s horror if you will. 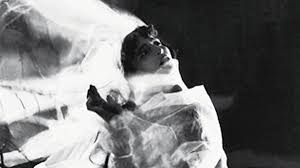 Looking back at the twenties, you cannot under estimate the influence it had of future Hollywood. Undeniably, it was the benchmark from which all others followed; it was eclectic, varied and unique. No two films were the same, everything was new and exciting and people wanted to be scared. By today’s standards they don’t provide the scares a traditional horror film would, but to dismiss these important films would be a huge disservice.

The thirties took this template and built upon it by providing some of the best horror films ever produced and ushering in a whole new era of icons in characters, actors and directors.

Hi, I am a life long film enthusiast with an eclectic taste often erring on the side of the macabre! When I'm not busy working you will find me entertaining my kids or slouched on the sofa watching a random film (what else are bank holidays for!?) ! I love to write and as a contrast to the sofa surfing also love the great outdoors. 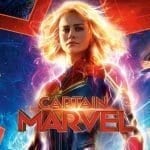 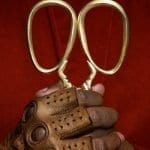