Okay, I know it’s bad form to lay my cards down before the hand even gets started, whether it’s in poker or a review. But what the heck?

A friend described this episode as “the Trekkest Trek there’s ever been,” and he’s not far wrong. As Stefon would say, “This episode has everything!” “If Memory Serves” is a full-on sequel to the very first-ever episode of Star Trek—”The Cage”—but also moves forward a number of plot threads from Season 2 in very significant and meaningful ways. Let’s take a look at it, breaking it down into four different areas.

As usual, the first thing that greets you when you queue up the episode is a recap of relevant events from earlier episodes to kind of set the stage for what will be covered in the new one. But this time, all of the featured footage comes from “The Cage” and uses the show logo from The Original Series to boot. An incredibly bold move—because, while to us there has been a span of more than 50 years between “The Cage” and “If Memory Serves,” it’s only three years in story time. One of the complaints that some fans have had about Star Trek: Discovery is that it looks so much more advanced than the way the time period was depicted in the ’60s, therefore this must be an alternate timeline (or whatever). By using footage from “The Cage,” Star Trek: Discovery is essentially saying to Trek fans everywhere, “Yes, we have different actors, different production values, very different budget, etc., but this is still the same show, the same franchise, the same universe. Deal with it.” And it makes the point explicitly clear by morphing a still of Jeffrey Hunter as Then-Pike into the opening shot of Anson Mount as Now-Pike. Doctor Who pulled exactly the same trick in 2017 in “Twice Upon a Time,” an episode that reaches all the way back to the final First Doctor story in 1966 and begins with a “previously on” sequence (with the clever addition of “709 episodes ago”) with footage from the episode “The Tenth Planet.” But it seems to have extra meaning here.

We get a bit more of the intrigue between Captain Philippa Georgiou (Michelle Yeoh) and Leland (Alan Van Sprang), with Georgiou clearly jockeying for control. As the former Empress of the Terran Empire (in the Mirror Universe), Georgiou is not used to being second in command of anything. She’s used to calling the shots and getting her way. Leland is an obstacle for her to overcome, and she will. The question is whether this will happen now and Leland will be cast aside, or will both characters be ported over to the upcoming Section 31 series to continue their petty bickering there. Related, there’s at least one 31 operative on Discovery (Ash Tyler, but we’re going to get to him in our next section) and possibly a second—Lieutenant Commander Airiam, the mechanically augmented bridge crew officer we know very little about. She was “infected” with something at the end of last week’s episode, and this week we see further evidence of compromise from her. So she’s under someone’s control. Is it 31? There’s tampering with propulsion systems and unauthorized encrypted messages being sent to unknown recipients. The blame is being put on Tyler, since last season it was revealed that he’s actually a Klingon who’d been medically altered to appear and pass as human. So who is controlling Airiam? Is it Georgiou, undermining Leland’s operative? Or is there another party involved somehow?

It’s not every day that your dead lover is brought back to life. And it’s not every day that your formerly dead lover has to encounter the medically augmented Klingon sleeper agent who killed him. These are not circumstances one normally finds oneself in. And yet, Lieutenant Stamets (Anthony Rapp) is trying to desperately to find some shred of normalcy since Dr. Culber (Wilson Cruz) was returned from the mycelial network. Culber has shown signs of being a very different person since his return, but the people around him have been oblivious. It comes to a head this week. In big ways, yes, as Culber blows up at Stamets and storms out of their quarters to find Tyler and kick the crap out of him. But in little ways, too: Culber recognizes that a certain food is supposed to be his favorite, but he has no connection to it when eating it. It’s like the memories are those of a different person. His violent confrontation with Ash in the mess hall will presumably help to bring some closure to both of them, as they both are people struggling with identity, neither of them who they once were.

Naturally, this is the heart of the episode. The heart of the season, in fact. Pike his reunited with his first officer and friend, and Commander Michael Burnham (Sonequa Martin-Green) is reunited with her long-lost brother. Spock (Ethan Peck) has brought he and Burnham to Talos IV, a place that he and Pike (Anson Mount) had visited three years earlier, because the immense mental powers of the Talosians is the only thing that can heal Spock’s mind. But the Talosians, who feed on emotion and experience, demand recompense for their assistance: they want to dine on the memory of the action that caused the rift between Spock and Burnham as children.

All season we’ve heard about this rift, about the damage that Michael did to Spock, and it’s here that we finally learn about it—though it’s not anything that we wouldn’t have guessed. We see that Spock was a much more emotional child, and after his initial mistrust, his bond with Michael ran deep. Young Michael runs away from home because Sarek’s family is not safe. Logic Extremists have attacked them because harboring humans—Sarek’s wife, their mixed-race son and an Earth-born adopted girl—is seen as a danger to Vulcan purity and society. It’s prejudice. It’s hate crime. And teenage Michael is afraid that Spock and the family will be hurt, and it’ll be her fault. As she attempts to leave, young Spock confronts her and wants to go with her. To keep him safe, she lashes out at him, telling him that she doesn’t want him in her life. Obviously, this is incredibly hurtful to Spock. Losing her at a young age is what pushed him to fully embrace his Vulcan heritage and bury his human side, much to the consternation of his human mother Amanda (which we saw in The Original Series episode “Journey to Babel”). It was this incident that made Spock the man that he grew into. But at the same time, my initial reaction to the scene was “that’s it?” Damaging though it may be, it doesn’t seem like something that anyone, but especially a rational Vulcan, would come to understand. It doesn’t seem—dare I say it?—logical that he’s carried a grudge over this for his entire life. Still, it’s a serviceable enough explanation, and there really is something incredibly unsettling about seeing Michael angrily call Spock a “weird little half-breed.”

With Spock back in his right mind, we get a bit closer to solving the mystery of the Red Angel. We now know that it’s human and it seems to be from the future. It has also given Spock an understanding of future events. He even got the chance to mind-meld with it, and what he saw was pretty disturbing. Something, we don’t know what yet, has (or will have) wiped out all life in our galaxy. It seems that the Red Angel’s purpose is to change our future—”a future in which all sentient life in the galaxy has been eradicated,” according to Spock. So this Red Angel is a savior. But who is it? And why do they care if our timeline ends one way or another? And who is it that wipes out all life? Who has that kind of power, and what’s their motivation? This mystery goes far beyond just the identity of one enigmatic being.

Ethan Peck is nothing less than a triumph as Spock. I’ll admit that I was hesitant about yet another recasting of this most iconic Star Trek character, but Peck in this episode shows that he understands what makes Spock tick. After half a season of his appearance being teased, he was worth the wait. Sonequa Martin-Green turns in probably her best performance this season as a Burnham who regrets her actions as a kid and that have had lasting repercussions on a family that she loves. Anson Mount continues to impress as Pike; the scenes in which he first encounters the Talosians unexpectedly are delivered in a most realistic way, completely making you forget that another man ever played Pike in the past.

One of the things that I really love about Star Trek: Discovery and the whole CBS Access experience is that there’s no need to make episodes fit into a predetermined format, and each episode can be as long as it needs to be to tell the right story. The episodes this season have ranged from 40 minutes (“Lights and Shadows”) to 61 (“Brother”). “If Memory Serves” covers a whole lot of ground, but at 55 minutes, doesn’t feel rushed; it doesn’t feel like anything is sacrificed in order to cram everything in. Each plot thread is given exactly as much time as it needs to breathe.

One of the most solid episodes of Star Trek: Discovery yet, “If Memory Serves” is a tense, well-paced thrill. Next week Airiam is going to go rogue and my body is ready for it! “Project Daedalus” hits Thursday, March 14 at 8:30 pm Eastern. See you next week! 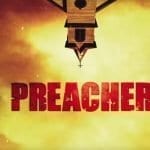 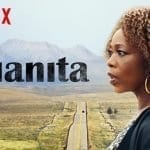