While Mexico’s Roma was taking the 2018 award season world by storm despite the fact that it had everything working against it from the start (it was a streaming original, in black and white, and a foreign film, things usually anathema to widespread critical/award success), another film with the same “drawbacks” was making little inroads into the discussion. If people were screaming from the rooftops about Roma, Poland’s black and white historical romance Cold War was being whispered about in back alleys and hallways.

Cold War was distributed by Amazon Studios, the burgeoning, yet still not as prevalent studio-to-be, that Netflix is, and basically had the exact opposite reaction that Roma did. If you asked the common movie viewer what Cold War was their response might not even be verbal — just a shrug: “that’s a movie?” 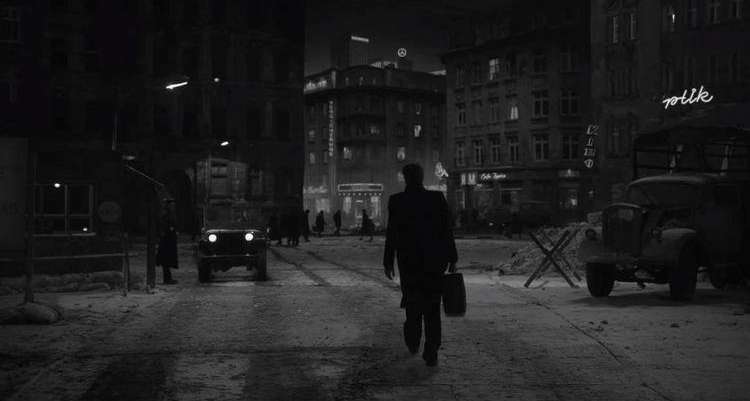 Since Amazon appears to believe in more traditional studio distribution techniques and because its film division doesn’t quite have the same bullhorn Netflix does, there aren’t a lot of people with an opinion on a tiny Polish throwback film that will primarily be available on your laptop or phone (and barely on the big screen).

In essence, Roma was threatening to cross the line into mainstream acceptance despite its lack of traditional “values”; what some traditionalists might see as a siren song for the future of film.  Meanwhile, Cold War was happy to embrace the indie-ness of it all and go quietly into the night without attempting to ruffle any feathers or start a revolution. And if Cold War, the physical film as product was going along that path, so was Cold War the narrative story.

Cold War’s plot summary on any given movie page would indicate this is an epic in the making: an English Patient of globe-trotting and sunset vista love scenes providing an impressionistic view of romanticism. And while Cold War is about two lovers fleeing, and returning, to various countries in a war-torn climate over more than a decade, Cold War keeps it small. And, befitting its figurative title, also makes it biting and, well, cold. 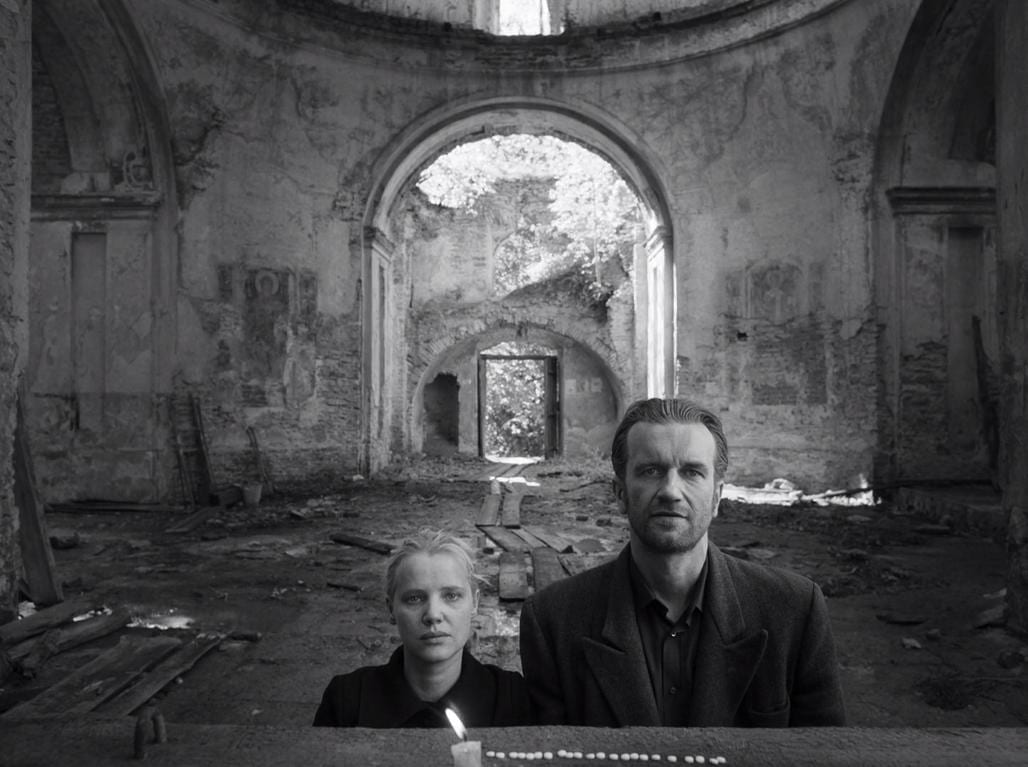 Pianist, composer, and traveling musician Wiktor (Tomasz Kot) is recruiting musicians from the rural areas of Poland to tour the country and the rest of Europe to promote the history of Polish life. During large casting calls of authentic country talents, a young city girl named Zula (Joanna Kulig), pretending to be lower class, enters the fray and impresses Wiktor.

Though everyone else sees through her ruse, Wiktor keeps her on and eventually they fall in love. But as communist rule continues to threaten Wiktor and Zula’s freedoms (including taking over their traveling show to promote Communism and biased political stances), Wiktor plans to escape and bring Zula with him as his future wife. When Wiktor escapes to France but Zula doesn’t make it, a decades-long love affair of border crossings, clandestine meetings, and political maneuvering begins that can only end in tragedy.

Much like Roma, Cold War’s calling card is the lush cinematography, shot by Polish cinematographer Lukasz Zal. An expert in black and white photography, Zal takes the opposite approach of Roma however. While Alfonso Cuaron’s cinematography is expansive, showing the vibrancy of life in the fore and backgrounds, Cold War uses its depth to emphasize the loneliness and isolation the main characters feel.

Even in a room full of people looking at the same thing, as pictured below, Zal captures how Wiktor,  in a seemingly endless room, is alone in his thoughts. Despite the mass of humanity and the energetic surroundings, the shot is framed for us to see Wiktor first and to feel what he is feeling.

This type of shot is duplicated later from Zula’s perspective as she is cramped between a large number of people only to be truly isolated in focus and purpose as, in this scene, she looks at Wiktor with what can only be love.

This isn’t exactly a criticism to Roma but Cuaron’s cinematography is meant to be more flashy, showing off the range of techniques and capabilities that craft can produce. It doesn’t wholly support the characters as it sometimes, purposefully, establishes the setting. Cold War certainly has time for beautiful vistas and pristine shots you can hit pause on and frame as a work of art, but it exists 100% to serve the character’s doomed love affair. Roma will make you hit rewind to see something you missed on a panning shot; Cold War will have you in awe but make you want to escape the sometimes oppressive emptiness and endless backgrounds hidden in shadow.

To aid the image-driven cinematography, you have to have actors that can pull off their end of the bargain, or else you’ll have all the style but none of the substance. I’ve gone into great detail on Joanna Kulig as Zula on this very website before, so I won’t retread old ground, but, in short, she is Brigitte Bardot reborn: a sultry, yet vulnerable, firecracker that seemingly cares too much and too little at the same time. She is a force to be reckoned with in Cold War and I can see why Wiktor is so enraptured with her.

Tomasz Kot, who I had never seen before, gives a subtle performance as Wiktor. A true artist with a lot of talent, Wiktor always seems to be pulled in by the Zula undertow. His quiet performance plays off of the more energetic Kulig, who is an emotional whirlwind, beautifully. When it seems like Wiktor is going to escape his preoccupation with her, she pouts, flirts, or seduces her way back into his good graces. As this routine goes on for over ten years, the wear and tear on Wiktor’s face when Zula keeps appearing is noticeable.

Putting the whole thing together is director/writer Pawel Pawlikowski, a polish director familiar to both black and white and period pieces, directing the Academy Award-nominated Ida in 2013 (also shot by Zal). He partially based the story on his own parent’s love affair across post-war Europe but does the wise thing of using the material at hand but not getting too close to the subject.

This isn’t a love note to his parents at all but an original story using elements of their lives and historical happenings. In fact, if I was Pawlikowski’s parents, I’d probably be a little perturbed by the frigid nature of the world and the love story within. But this is a screenwriter being resourceful, not emotional. 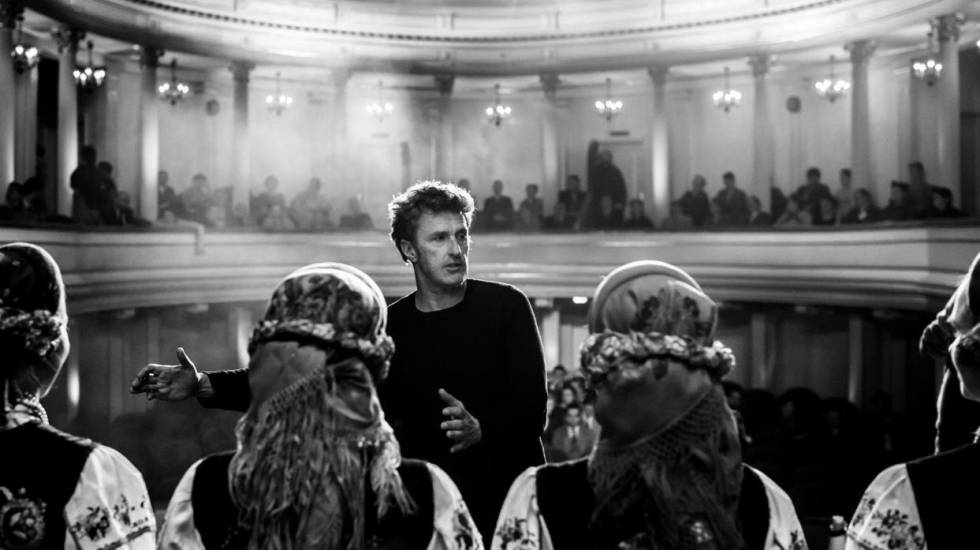 The crux of this is that the love story is just as cold as the global conflict surrounding it. There are two sex scenes, both of which are basically clinical: the first one, also the character’s first time, is shot in close on the lover’s faces as they react to the consummation of their building desire for each other. Unlike a more dramatic epic of Hollywood, this serves as intrusive as we are seeing a truly personal moment that is shot in the least sexy way possible. The second sex scene is very brief and features full nudity but also chooses not to exploit that. It is seen as routine and shot from far away. The sex is one aspect of their infatuation with each other, but not the driving force of their love.

The way the movie treats sex is almost like a necessary component of maintaining sanity. Like previously mentioned, the sex shown is not depicted as a thing of beauty but a matter of course. Wiktor looks like a man trying to find some way to manifest his desire and words, and even sex itself, seems limited. He looks like a desperate man during sex but for reasons only his mind can comprehend.

And Zula, as most femme fatales do, uses her sexuality as currency. At one point in the film, we discover Zula married someone simply so her escape from a communist Poland could be legitimate and legal. Her potential love for her husband is never actually explored nor does it matter. In some small way, she was trying to get back to Wiktor and used her ability to be loved as a tool. 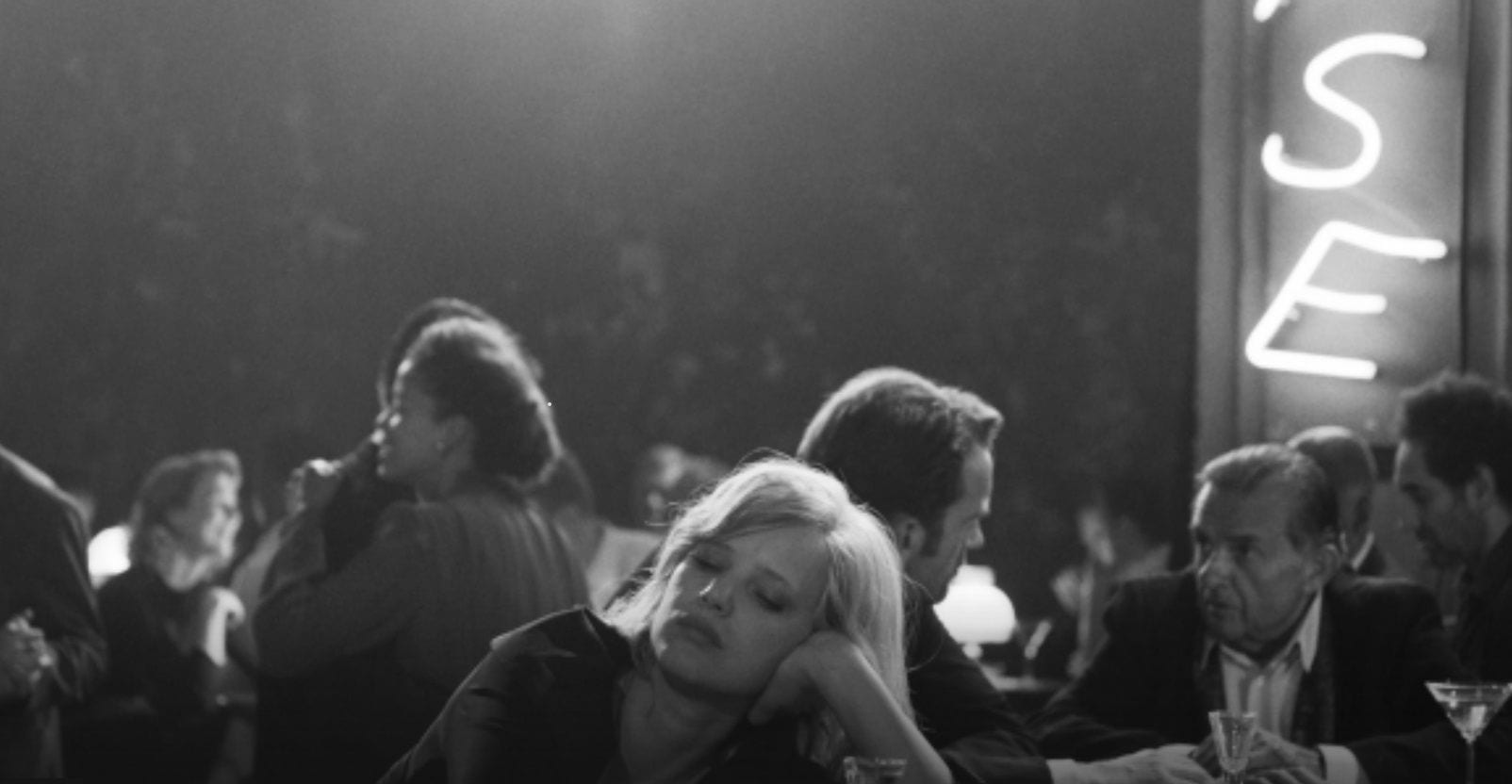 The film is a brisk 88 minutes which is another factor that defies the typical epic romance. But despite location changes throughout Europe (France, Poland, Yugoslavia, etc.) the film sticks to its guns and offers a subtle, imagery-based love affair with virtually no traditional plot. There is hardly any exposition either so those who are unfamiliar with post-WWII communism in Europe might be a bit lost at some of the references or the general conflict at play that prevents the love affair from blossoming in Poland.

But, at the very least, you will both learn and experience a different culture at a different time. The highest compliment that could be given to Cold War is that the combination of the lush cinematography plus the perfect casting, direction, and writing of the film could genuinely confuse viewers as to when the film was made. Set in the 1950s and 1960s, the film is so genuinely authentic to the time period that it is sometimes hard to determine when the film was actually shot. I think Pawlikowski and Zal would both be honored by this compliment.

Cold War surprised a lot of people by being nominated for three Academy Awards in 2018. While Best Foreign Language Film wasn’t exactly a shocker, Zal’s cinematography and Pawlikowski’s directing were honored with nominations (it should be noted for historical context that Cold War lost all three Oscars to just one man: Alfonso Cuaron). The directing nomination was the most controversial as A Star Is Born’s Bradley Cooper and Black Panther’s Ryan Coogler were excluded.

But to those who find time to watch the film, Pawlikowski’s directing nomination should not have been a surprise. He acts as time traveler, allowing us to be a fly on the wall during a short time in history in which two people defy logic and reason and fall in love. That is what the magic of movies is all about.