It has been two years since our unconventional group of roadtrippers in American Gods—composed of forgotten gods, an ex-convict, and his dead wife—started their pilgrimage to the House on the Rock. When we last saw them, Easter and Mr. Wednesday made a dent in Mr. World’s power play, causing the new gods Media, Technical Boy, and Mr. World to retreat and regroup. The old gods’ powers had such an impact that Media has been scared off and Mr. World sends Technical Boy off to find her while he uses the Eyes of Argus (now in the modern form of surveillance equipment) to see what the old ones are up to.

Meanwhile, Shadow, Laura, Mad Sweeney, and Mr. Wednesday finally make it to the House on the Rock where they encounter Mr. Nancy, who explains that Easter is mad with Wednesday for acting like a “rabbit racist” and won’t be coming. Jinn (who is now working as a security guard at the House) and one-night-stand Salim argue a bit until Wednesday and crew show up, then Jinn informs Wednesday of who all has shown up for the meeting, invited or not. In the case of Bilquis, she wasn’t on the list, but Wednesday honors her powers and allows her in.

Per Mr. Wednesday, all in attendance (save Mad Sweeney and Laura) are given a coin to use in the fortune teller’s box. Shadow’s fortune makes no sense to him, although Wednesday remarks all will make sense in the future, saying it’s “opaque on arrival, inevitable in retrospect.” (And for fans of the book, we know where this is headed.)

“Every ending is a new beginning

Your lucky number is none

Your color number is dead

The gods wander through the odd rooms and paved streets of House on the Rock, with Wednesday collecting Zorya Vechernyaya and Czernobog from a music hall before they all arrive at the set location for their meeting: the world’s largest carousel. Lit up like a carnival, the ride is filled with all sorts of creatures and surrounded by a swarm of mannequin angels. It’s almost too much to take in, and Shadow pauses both because of the sign warning that no one can ride the carousel and generally because only the gods know what’s next. They board the carousel and we’re off, a whirl of lights and then we’re “backstage” in Mr. Wednesday’s mind where all the old gods have taken their true form again.

Wednesday laments their current lot in life and proposes war with the new gods. Mama-Ji (or Kali, the goddess of war) points out that they have seen new gods rise and fall before and that she prefers to live in peace for now. Bilquis argues they must learn to evolve (as she has done by harnessing the new gods’ ways) or they will die out completely. Shadow thinks otherwise, and admits that he does believe again thanks to Wednesday.

“Take the chance to be worthy of their belief.”

Mr. Wednesday is proud of this exchange, and the meeting continues back in the real world at the Motel America diner, where all eat, drink, and are merry. Bilquis is taken by Laura’s appearance and the two share a brief kiss before Bilquis departs. Shadow and Laura share a moment about how weird everything is.

Meanwhile, Mr. World watches Bilquis on surveillance and calls upon Mr. Town to “recover the package,” which in this case, is Shadow. But that’s not before driving home the point that he is a force to be reckoned with. A sniper takes out diners and Shadow runs out to stop him, only to be abducted, with Laura looking on. The old gods survey the damage and it’s revealed Zorya was caught in the crossfire. Czernobog curses whoever did this.

“Is this what it takes?” Mr. Wednesday laments.

After so much lead-up to the House on the Rock sequence, you’d be certain it wouldn’t live up to the hype. However, the on-location shoot showcases what mad, mad worlds reside within that structure and veers back onto the pages of Neil Gaiman’s American Gods novel in the best sort of way. This episode feels more like a love letter to the location with elements of plot built around it, but can you blame it? My first reaction after watching this episode was to google House on the Rock and start planning a trip, even if I can’t ride the world’s largest carousel. The series remains visually stunning and surprising, and I take this as a good sign for Season 2.

In other ways, though, it also remains off-book, with Laura Moon being a constant hanger-on instead of popping in and out to help Shadow in times of need. This leads to many awkward moments for her and the gods and makes me wonder what impact it will continue to have as we get deeper into the series. How much more can they extend her story? How will it impact the end? The same goes for Jinn and Salim’s relationship, which was originally limited to a “Somewhere in America” sequence in the book. I’m unsure how extending it will add to the show in the long run.

Easter and Media being written out (for now) came from the many cast and crew departures between seasons, although the trailer promised a rebooted version of Media further down the line. It’s not an ideal workaround, but not too many shows could have main characters recast mid-series, so they’re definitely leaning into a unique situation.

Overall, I’m glad my next handful of Sundays will be filled with Gods again. It has taken a long, rocky road to get here, but like any true believer, I dwell in hope for what’s to come. 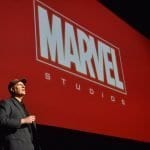