When I sat down to watch Fox’s new horror thriller show, The Passage, back in January, I was heading into it with an air of pessimism. As a big fan of Justin Cronin’s epic trilogy, which The Passage is based on, I had a sinking feeling that Fox would take this story that I loved so much and run it through the muck.

But I was surprised by how much I enjoyed the pilot, especially the interaction between Agent Wolgast (Mark-Paul Gosselaar) and DoD-targeted Amy (Saniyya Sidney), and the show was still keeping my interest halfway through the season.

When I hit Episodes 6 and 7, however, I feared my original worries were coming true. The flashbacks—which at times during the first season worked really well—were a slog in these two episodes. One scene with Wolgast at his daughter’s soccer game featured some eye-roll-inducing cliched moments. It eventually led to a scene in present day when Wolgast tells his ex-wife Lila—all while trapped in the trunk of a car—that he tracked down and murdered the man who killed their daughter.

This episode aired the same week as the True Detective episode in which Wayne refuses to tell his wife he murdered a man, in order to protect her. That made sense. But then to see Wolgast in The Passage reveal his murder to Lila without her really batting an eye (and did I say they were tied up together in a trunk?), it was a rough transposition. I wondered whether the show had gone over the edge.

Luckily, The Passage course-corrected itself in Episode 8, with a nice twist of having Martinez end up being a viral who fools Guilder (James Le Gros) into helping to free the virals. (This twist surprised me even though I knew that Martinez was the name of one of the 12 virals in the books.)

And then came Monday’s two-part season finale, which I thought was not only satisfying, but downright thrilling. 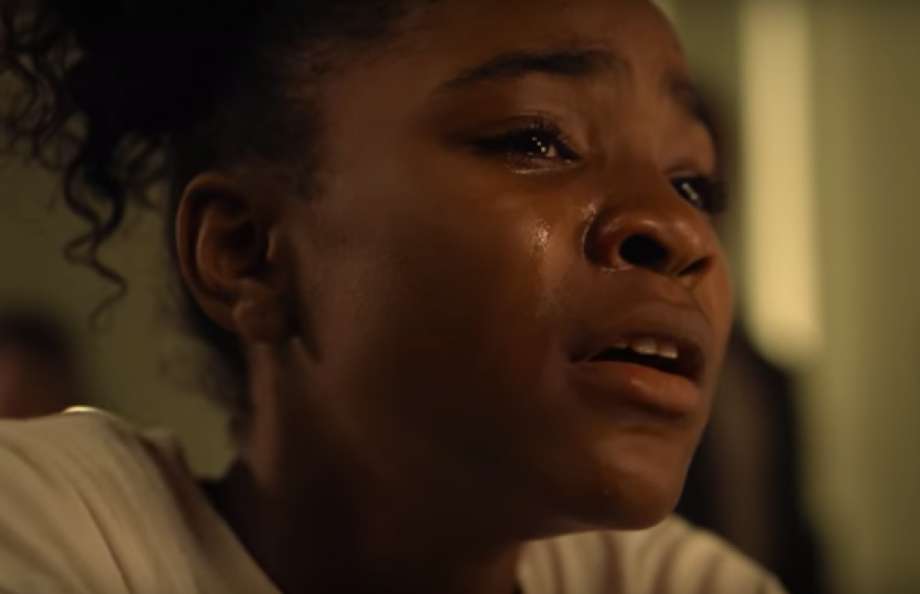 Part 1 of The Passage Season 1 finale played out basically how I was expecting/hoping. The virals, after being released from their cells at the end of Episode 8, are loose in 4B and on the verge of escape. With Wolgast and Sykes trapped down in 4B along with the virals, and in possession of an anti-viral that could provide a cure, Amy (who by this point has survived her transformation to a special type of viral) decides the best way to save them all is to detonate a bomb. After a moment that strongly brought back memories of Desmond in Lost pressing the button in the hatch every 108 minutes, the bomb detonates (with Wolgast escaping with seconds to spare through a conveniently discovered secret ladder) and instead of killing the virals, it frees them.

With elements of The Walking Dead-type action, with the virals playing the role of killer zombies, this was an exciting hour that even featured a couple lines that made me chuckle, such as when Richards threatens to rip off Guilder’s ridiculous-looking mustache. With Wolgast, Lila, and Amy driving off to deliver the anti-viral to the CDC, or so we think, part 1 of the finale ends and it left me wondering where the second hour would take us. 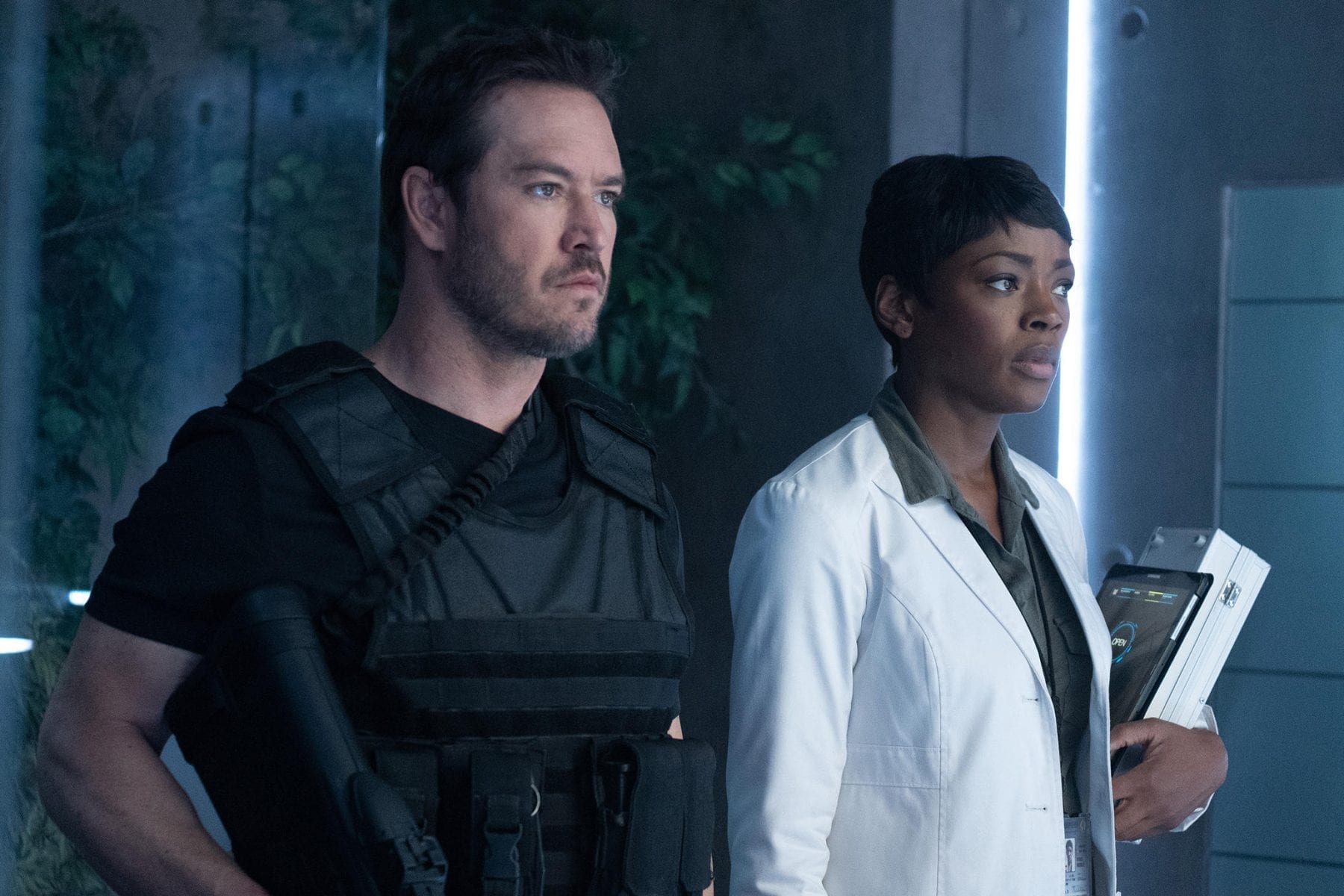 And the second half of the finale is where things really take off. We jump 30 days ahead, after the escape of the virals from the Project Noah facility, and we see Wolgast, Lila, and Amy living in a cabin in Oregon. We learn the Pacific Northwest is relatively safe from the virals, but other parts of the country have been overrun. A radio report confirms Houston has been taken over by virals, the fourth major city to fall.

Richards, who was fatally injured during the virals’ escape, is now alive and well in Las Vegas, delivering the bodies of criminals to Shauna Babcock for her to feed. I’m still a little unclear what happened here, but from what I gather, Shauna somehow saved Richards’ life and he is now eternal—but also not a viral. Perhaps this will be explained in the next season (if there is a next season), or maybe this is just something to accept without thinking too hard about it.

Lacey Antoine has reappeared (after not being seen since Lila was kidnapped earlier in the season) and has teamed up with Jonas Lear. The two have made it all the way to Virginia, where Lear is attempting to create a cure, with the rest of the world becoming impatient. This combination of characters, while perhaps a little random, works really well and makes me a little disappointed about how little Lacey was used in this season. (She was slightly more underused than Carter.)

Meanwhile, Wolgast is preparing Amy for surviving after he is gone, with the thinking being that she will be living on forever while Wolgast would pass on at some point. This moment appears to come when Wolgast approaches an infected neighbor and ends up being bitten. This was the end for Wolgast, I thought, but then Amy saves him by injecting the remaining dose of the anti-viral (the other portion being used earlier to save Lila’s life).

Finally, we are shown the end of the world. Nuclear bombs are dropped on the United States in hopes of wiping out the virals, but 97 years later, we see it didn’t work. Amy—who, to quote Wolgast from earlier in the episode, is looking like a “badass”—is hunting virals to set them free by killing them. The season ends with Amy staring up at a large wall, hoping to find some answers and, more importantly, the Agent.

I have to say the final hour of The Passage really exceeded my expectations. I wasn’t anticipating to see the jumps ahead in time until a potential second season. It was an excellent mix of action and interesting character interaction, and it wasn’t bogged down by bad flashbacks. I think the conclusion of the first season cements The Passage as a show that all horror/thriller fans should check out.

The show isn’t perfect, but it’s fun. Fanning is a fantastic villain, and Amy is an outstanding hero. A second season hasn’t been announced yet, but I hope The Passage is renewed. It obviously left off at a point that could continue on for at least another season or two. The story at this point has diverged quite a bit from the books: a number of non-viral characters are now apparently eternal, such as Wolgast, Lila, Richards, and (probably) Lear and Lacey. This is all a departure from the books, and I’m not sure how I feel about it. Then again, I actually want to see more from these characters, so I’m glad they would likely be back for a second season, which will almost assuredly pick up in the 97-years-later time where we see Amy at the end. I’ll be keeping my fingers crossed that that happens. 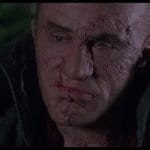