Triple Frontier comes with quite the pedigree attached to it. The director is J.C. Chandor who is responsible for Margin Call, a matter of fact drama about the 2008 financial crisis and A Most Violent Year an excellent gangster drama with Oscar Isaac and Jessica Chastain. It has been written by Mark Boal who wrote Black Hawk Down, The Hurt Locker, Zero Dark Thirty and Detroit. These were all unbelievable war films, yes I would even call Detroit a war movie. The cast list is also a compendium of excellent actors with the likes of Oscar Isaac, Ben Affleck, Charlie Hunnam, Garrett Hedlund and Pedro Pascal. It’s about five retired soldiers who target a South American drug lord and decide to steal his money. They feel disenfranchised from the country they gave almost everything to. Carrying around that much money becomes a logistics nightmare for them and they have to find a way out while also being hunted by the cartel.

Now when I was talking to someone about this movie, they mentioned it reminded them of the movie Sorcerer. Now I’ve not seen Sorcerer. I know, I know. I’m not a very good cinephile missing out on this masterpiece in the oeuvre of William Friedkin. However I am aware of what this movie is about and I would have to agree that it shares a lot of similarities. The task of trekking through the jungle with rather dangerous cargo while being hunted. You could even say this movie is an homage to that one.

It has all the elements of a good solid military style action movie. It does. The movie gives you enough about each character to understand the basic motivation behind the robbery. It’s not much of an action film. You think they would be hunted down horribly when they steal from this drug lord but no not really. The problems they have are mainly from the sheer size of the money they’ve stolen. They have one run in towards the end of the film and these super soldiers are able to handle it with no problem. 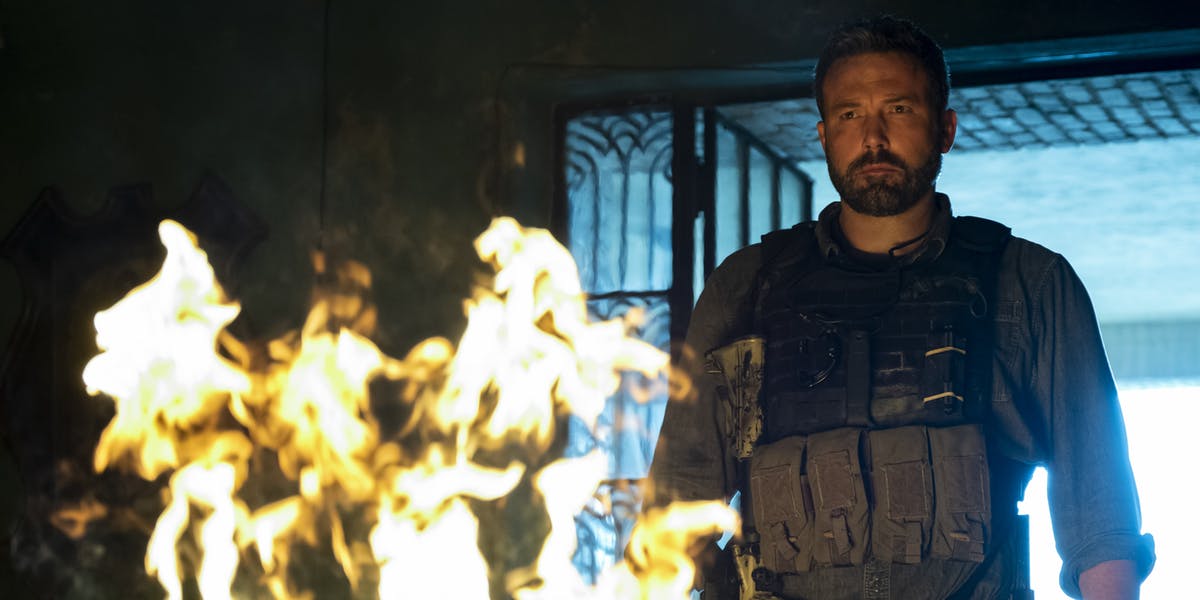 The best character in the movie is Ben Affleck’s character,Tom “Redfly” Davis. He has the strongest back story. He is not made for civilian life. He has a strained relationship with his daughter and his marriage is on the rocks. He needs this kind of eff you money to change his potential destiny. I felt it in his performance. He carries himself like a man with the world on his shoulders. All the other actors are good in their roles but he stands out. I always found him to be quite the underrated actor. His performance in Gone Girl is one of a kind. A good director knows how to use him and J.C. Chandor knows how to use all of them. He knows Oscar Isaac can convey so much with just his eyes.

But even after all these wonderful aspects, something was tugging on my mind. Something felt off about everything. It had the methodical, procedural approach of Zero Dark Thirty. I understood these characters and their plight but it wasn’t hooking me into their story. There were suspense set pieces but they came about because of their own greed. It does play on the brotherhood aspect once the proverbial brown stuff hits the fan and how they as soldiers are trained to react in extreme circumstances. How difficult it is for them to integrate back into society. It is something that American Sniper covered briefly and it is something that hey focused on extensively in The Punisher. This handles it okay.

I really hate feeling down the middle about a movie with this caliber of talent. The movie is well made. The script works fine. The performances are all good. It was fine. I would recommend seeing this as it is a solid well made action film.