The best science fiction has deeper meaning behind its stories. Its narratives serve a purpose, looking to share ideas with those who are willing to look for them. Love, Death & Robots rarely has anything to say. It’s stylish but often vapid, choosing to create a pretty world over saying something comprehensive with it.

It’s also important to mention the anthology is not kind to women. The series frequently makes use of all forms of assault as a plot point which can be more than a little off-putting. But we’ll get back to that.

While Love, Death & Robots often falls short on the “themes and ideas” side of things, not all of it is bad. A decent number of the episodes provide (mostly) harmless fun. The animation is, largely, very well done, and the various episodes are pretty effective at conveying exactly what they want the audience to feel. Take, for example, “The Witness.” While the episode certainly has problems (like chasing a nude woman down the street), the flowing, unique animations combined with a gritty, pseudo-noir feel of the story and setting create a captivating yet thematically-empty narrative.

“The Dump,” however, lives up to its name. The animation is ugly and the story does very little to redeem itself. It is ultimately a ten-minute venture through a myriad of tasteless jokes and gross references to arrive at a reveal that anyone familiar with story-telling could see coming from minute one.

Of course, there are a few standout episodes. The three written by John Scalzi (“Three Robots,” “When the Yogurt Took Over,” and “Alternate Histories”) provide some genuine entertainment. They’re incredibly funny, fairly tasteful, and actually feel like self-contained stories, rather than set-ups for series that will, presumably, never arrive.

“Zima Blue” is an incredibly compelling story with a satisfying twist. Plus, it actually makes the viewer reflect on what they watched, debating the merits of the central message instead of letting Netflix know that you are, in fact, still there and promptly telling the next episode to play.

Most of the remaining episodes fall in the category of “done before.” Science fiction is a genre of borrowing from previous stories and reconstructing them into new forms and presenting new questions. I would be forgiving of this category, had it fulfilled the second part of the science fiction guidelines and actually offered something new, instead of just rehashing old ideas.  “Beyond the Aquila Rift” is the epitome of this problem. One part Mass Effect, one part Dead Space, the story it weaves (get it?) has been told before, told better, and finishes with the most obvious trope imaginable.

Putting aside the vapid episodes and derivative stories, we find that one of the biggest problems with Love, Death & Robots is its treatment of women. Checking the credits of the series, we find only one female writer and zero female directors—and it shows. Of course, nudity is expected. That’s a big part of the “love” in Love, Death & Robots. What should not be expected, however, is that it will all be the definition of “male gaze.” The nudity almost always comes from conventionally attractive females, presented in compromising positions or opening themselves up to men. On the rare occasions we do see male nudity, its is used only to underscore how monstrous these men are.

The few episodes that do feature women in power often still feel very masculine in their direction and narrative (“Lucky 13” being the exception). “Good Hunting,” a personal favorite of mine, prominently features the desire of a woman to get revenge on the men who have taken advantage of her. Unfortunately, the story still follows a male protagonist and places the female lead nude and malleable in his hands.

I’m left wondering who the series is for. Arguably, teenagers—young and looking for their fill of sci-fi sex and violence—seems to be the most cogent answer. Yet, there are a few stories that sneak their way in that fly in the face of that assumption, offering little in the way of gore or nudity and instead focus on sci-fi minutia or small personal stories. So maybe science-fiction fans? But the stories are nothing new, feeling like rehashes of older tales, adding nothing of value that makes the series anything that special. I can’t answer this question. The series is too bizarre, too uneven on the whole to definitively say one way or another. But what I can do is save you some time and compile a list of what episodes you should watch, what ones you should skip, and what you should check out if you’re bored.

“Zima Blue”: One of the only stories that feels truly complete, and neat to boot.

“When the Yogurt Took Over”: Also very funny and cute; my personal favorite.

“Good Hunting”: Another story that feels complete. Gorgeously animated, and it has themes!

“Sucker of Souls”: I won’t lie. I just like this one. It’s harmless and funny. Feels very Netflix Castlevania

“Ice Age”: Unique from the rest for a lot of reasons.

“Lucky 13”: Nothing new, but still a pretty cool story.

“The Witness”: I’m iffy on this one. Its premise is interesting, the art is effective and stylish but the actual content is repugnant.

“Beyond the Aquilla Rift”: Its Dead Space meets Mass Effect. Nothing more, nothing less.

“The Secret War”: What if Hellboy was in Russia, but also a horde of demons?

“The Dump”: The name really says it all. 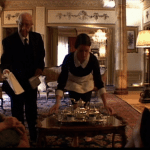