When I randomly think about the details of the house I inhabited during my teenage years the images appear to be drawn in broad strokes. I remember the general layout of my living room, but not the specific scratches and dings on the faux-wood window framing or the chipped paint on the drywall that I can swear were there behind the La-Z-Boy recliner that faced the television. I don’t remember if we had a fireplace or not; I think I remember it doesn’t exactly fit the dimensions of the room as reconstructed in my mind. I don’t remember the sources of light though I do recall I could reach out and flick the light switch without looking, as many do who are used to their much lived-in space.

The exterior view from the outside windows—especially when thinking back on nights now decades past—is more pitch black and ill-defined. In an eerie mid-90s Outer Limits episode, it would appear the mental version of my living room was a disproportioned box surrounded by a large black void; like all things, details fade over time. It is more the essence of existence that remains, a Cliffnotes summary for long produced episodes in the Television show called life. 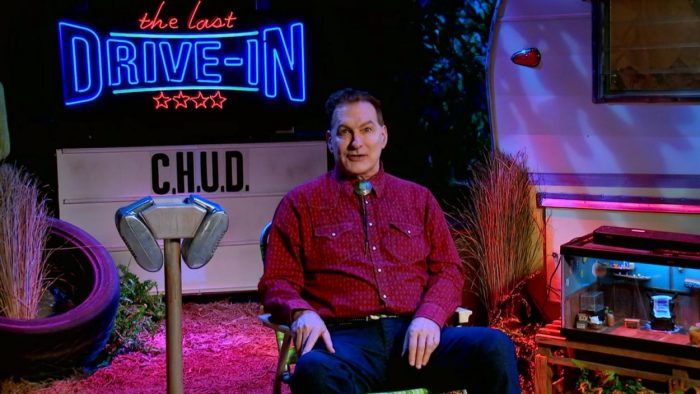 That essence is key to the survival of memory. I remember being a relatively lonely high schooler, who suffered from a repressive need to collect information—mostly on trivial matters. My need to not only learn but consume information on things I loved often made conversations with me difficult. People thought I was a bit weird and certainly nerdy. Relatives who saw me inconsistently always commented, “where do you fit in all that information.” Many would chuckle and roll their eyes; it’s just Will being Will.

This quest for perfection in knowledge pervaded my studies and my social habits. If I couldn’t get the perfect grade or have the perfect conversation I might just hide because I couldn’t disappoint myself. I often found myself alone on weekend nights, writing stories, reading books, and bingeing movies non-stop. The living room—a nexus of multi-media activity—was my domain, especially from 10 or so until unhealthy hours of the early morning.

Though the unique details of that room elude me its essence was one of comfort and, as I would learn one lucky night, a source of non-stop knowledge. Like most things in the Jurassic period of Internet usage, the television was still a wonderful tool to discover new things. I was already watching re-runs of ER and Babylon 5 on TNT, so when I turned the TV on one night—probably sometime around eleven or so—the channel was already on and a goofy little Gremlins rip-off was playing called Ghoulies.

I was pretty bored, so I just kept watching. At the commercial break—when my finger was ready to hit the channel-up button (because it was getting towards midnight and well, HBO After Dark y’all)—a tall Norm McDonald type with a serious twang in his voice was talking about an actor’s name (which happened to be Dick) and the family history regarding a young aspiring actress in Ghoulies named Mariska Hargitay:

“Anyway, I just wanna point out two things and then we’ll move on. The guy in the kitchen who’s trying to impress Donna, and he says “Hi, my name is Dick, but you can call me… Dick”–that actor’s name is Keith Joe Dick. And the actress who plays the very beautiful and desirable Donna, that Dick is hitting on–she has that conversation about going out with “Toad Boy”–that actress is Mariska Hargitay. Daughter of Mickey Hargitay and Jayne Mansfield.

It looked like the movie was just going to continue at that point. I was entertained and intrigued, but not yet committed to dedicating any more time to this peculiar incident. Something magical happened…I heard my first Drive-In totals.

Joe Bob Briggs—the twangy host of this show called Monstervision—had forgotten to give the drive-in totals during his introduction of Ghoulies and by happenstance, he delivered them late in the program. What if Joe Bob had done the introduction as he usually did and I never saw those Drive-In totals? It was fate.

Ghoulies ended and I thought “man, I wish we could do this again.” It was my lucky night; the next installment, Joe Bob’s Last Call, presented Ghoulies II. What started as a momentary lapse in channel surfing became a decade’s long obsession that, thanks to Shudder, continues to this day. 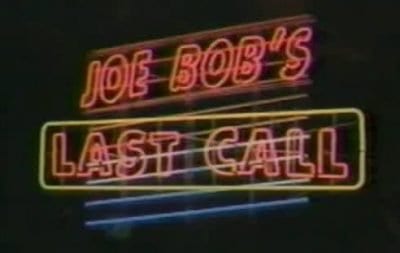 Joe Bob Briggs and Monstervision/Joe Bob’s Last Call became appointment viewing in my household every Saturday night; those mostly lonely nights living in my own world weren’t so lonely anymore. I had someone who knew more than I did about even more obscure things then I was even aware of, presenting all cinematic knowledge to this pop culture devourer—this mutant, if you will.

For years my head was loaded with movie info that was not so easily obtained through the still burgeoning internet. Every early Saturday night was a joy as I watched the TV Guide Channel and waited for TNT to scroll up and tell me what was playing.

I showed friends the show and they were indifferent; sometimes my mother, who couldn’t sleep, would sit out and watch with me. During a showing of the infamous basketball scene in Deadly Friend, with hilarious commentary afterward, my non-plussed mom said: “why the hell do you watch this stuff”? I simply smirked and enjoyed the rest of the program.

While every joke, anecdote, and feature presented drifts away as time goes on—the essence of what made those nights so long ago fun still remains. Like that living room where the details are hastily put together with interpretations clouded by age, if I close my eyes long enough I can still see me sitting on the recliner while learning about chainsaw-fu and probably smiling…make that definitely smiling.