Did you ever have one of those nights? You know what I’m talking about. You go to a diner late at night and take your favorite book with you just to get out of the monotony of staring at a television screen when there’s nothing airing that is giving your mind any stimulus whatsoever. You meet an attractive person with the hopes of connecting with them in a physical, and possibly romantic way.  And that initial contact leads you down a rabbit hole of random coincidences that makes you fear for your life because you are being wrongfully persecuted by an angry vigilante mob being led by a Mr. Softee truck. You know…that kind of night?

Paul Hackett, played by the incomparable Griffin Dunne, has that kind of night in Martin Scorsese’s black comedy, After Hours. He is a word processor stuck in an unbearable rut. Marcy (Rosanna Arquette) comments on the book Paul’s reading at the diner (Henry Miller’s Tropic of Cancer) and he is excited to strike up a conversation with her. With the false pretence of wanting to buy one of her roommate’s Plaster of Paris bagel and cream cheese paperweights, Paul makes his way to a Soho loft to meet up with Marcy. On the way, his money flies out of the window on an out of control cab ride. He meets Marcy’s roommate, Kiki Bridges (Linda Fiorentino), who is in the process of working on a papier-mache sculpture of a man reminiscent in tone and manner of Edvard Munch’s painting The Scream. This piece of art in progress will feature prominently in the rest of Paul’s night. 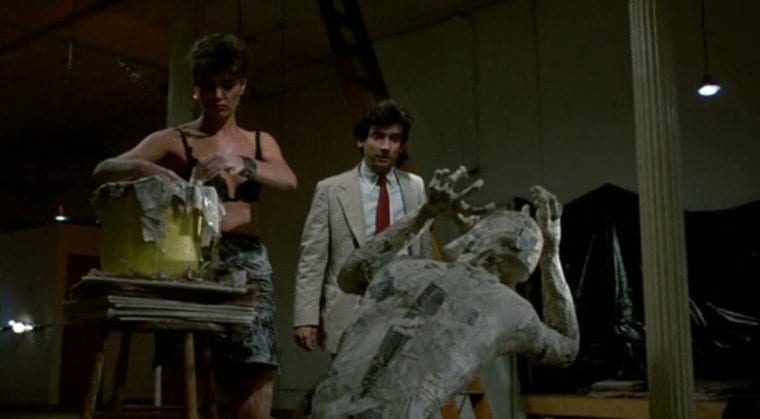 Marcy finally arrives and connects with Paul. Her neurotic behavior and stories about previous sexual encounters (you’ll never think of the line, “Surrender, Dorothy” in the same way again) cause Paul to change his mind about staying the night with her. From then on, his only goal is to get home.

Each character that Paul subsequently meets starts out with the best of intentions to help him, but will eventually and unfairly wind up blaming Paul for all that goes wrong in the streets of Soho. John Heard plays a bartender who wants to help Paul, but is burdened suddenly by a tragedy somewhat associated with Paul. Teri Garr portrays a waitress from the bar with a beehive hairdo and vintage clothes. Cheech and Chong are Neil and Pepe, two guys who happen to be burglars, which Paul is mistaken for being eventually by just about everyone he meets. Catherine O’Hara portrays Gail, a woman who drives the aforementioned Mr. Softee truck.

Paul is an everyman character that is very relatable. He’s an innocent who just wants a little adventure thinking that that’s not such a big thing to ask, but circumstances somehow make that an impossible goal. His life is in danger just because he wanted to break free of boredom for once. Terrible events and insane misunderstandings constantly disrupt his night. He is a man ridden with guilt, but he really hasn’t done anything wrong. Paranoia and burden weigh down on his shoulders. He can’t believe his misfortune. He falls to his knees from exhaustion, screaming to the air, “What do you want from me? What have I done?”

While all I describe to you sounds like the ultimate existential nightmare, I can absolutely assure you that this is a funny movie with performances that can make you relate to not just Paul, but all of the other characters, as well. Rosanna Arquette makes you feel for the confused Marcy. John Heard’s character, Tom, is another guy that had a very unfortunate event happen to him that was not his fault. Cheech and Chong may be playing criminals, but the viewer somehow cannot help but adore them in their plight. Even Teri Garr’s Julie and Catherine O’Hara’s Gail could be forgiven for their quirkiness even though they both pose real threats to Paul. 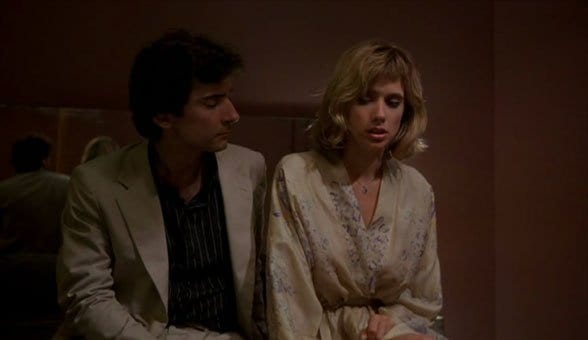 The most profound scene is a rather quiet one compared to the rest. Paul meets June (Verna Bloom), sitting alone in the bar. He puts on a Peggy Lee song on the jukebox with his last quarter. “Is that all there is” plays in the background as Paul confides in June and puts his life in her hands. But is she the one to lead to salvation? I will not spoil it, but you will not be disappointed in the happy accidents that ensue.

I can’t say enough about how brilliant Griffin Dunne is in this film. This was his first lead role and he also co-produced the film with his partner, Amy Robinson. It was proven how likeable and affable Dunne can be when he was a supporting character in one of my favorite films of all time, An American Werewolf in London. In that movie, he was featured in very gruesome make-up, but he was lovable and hilarious as an unfortunate member of the undead. As Paul Hackett, Dunne is so funny. You see all of these circumstances positively destroy him bit by bit until finally breaks and wants to give up. As a viewer, you feel your heart break for him. But when he retells the full story of his night to the next lost stranger he meets on the street, the scene is absolutely hysterical. He seems like a ranting madman, while the man he tells it to just rolls his eyes because he mistook him for a hookup. Dunne’s performance in this film is perfection. 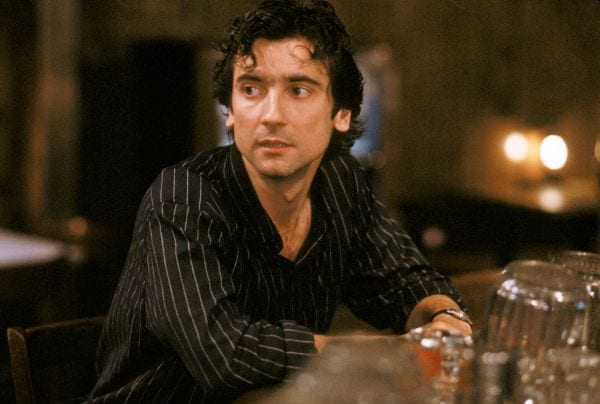 After Hours would not be as compelling as it is without the genius combination of director, Martin Scorsese, and director of cinematography, Michael Ballhaus. The camera shots are often circling the actors and locations, keeping a pace that makes it flow quickly and sometimes frantically. That along with a score that frequently features a clock ticking keeps you energized and slightly on edge as a viewer.

The audio commentary had some very interesting revelations about After Hours. Scorsese was working on The Last Temptation of Christ when this script was brought to his attention. That film fell apart at the time (it would later be completed in 1988). He was looking for something that compelled him enough to distract him from the temporary failure of it. Scorsese found this to be a solution for his frustrations. He says about After Hours, “The film comes out of being stuck in the underworld and never being able to get out.”

Another fun fact about this film is that before Last Temptation of Christ fell apart, Tim Burton was attached to direct the script. When Burton heard Scorsese was available to direct it instead, he humbly withdrew from the project.

I think that After Hours is the perfect film to be included as a Buried Treasure. Even though it was released in 1985, the story is timeless (maybe the wardrobe isn’t, but that’s another story). When people think about the oeuvre of the great cinema master, Martin Scorsese, usually the films Taxi Driver, Raging Bull, Goodfellas, and The Departed come to mind. For me though, I always think of After Hours, as well, with a smile.

Joyce Picker is a film, television, and classic rock fanatic. She has worked as a film critic, a late night talk show columnist, a comedy writer, and an occasional contributor to The Blue Rose Magazine. She also worked in five different independent video stores and takes pride that most of her film knowledge is self taught. Her two favorite TV shows of all time, "Twin Peaks" and "SCTV", profoundly changed her life in very positive ways.