He’s been one of the lead actors in American Horror Story since it began but after 8 years on the show, it appears that fan favorite Evan Peters will be taking a break. In an interview at last weeks WonderCon, he was asked about his involvement with this years Season he announced that “I’m going to sit this Season out”. I know a lot of fans are going to be upset at this news but I really think the guy has earned a break from this one. 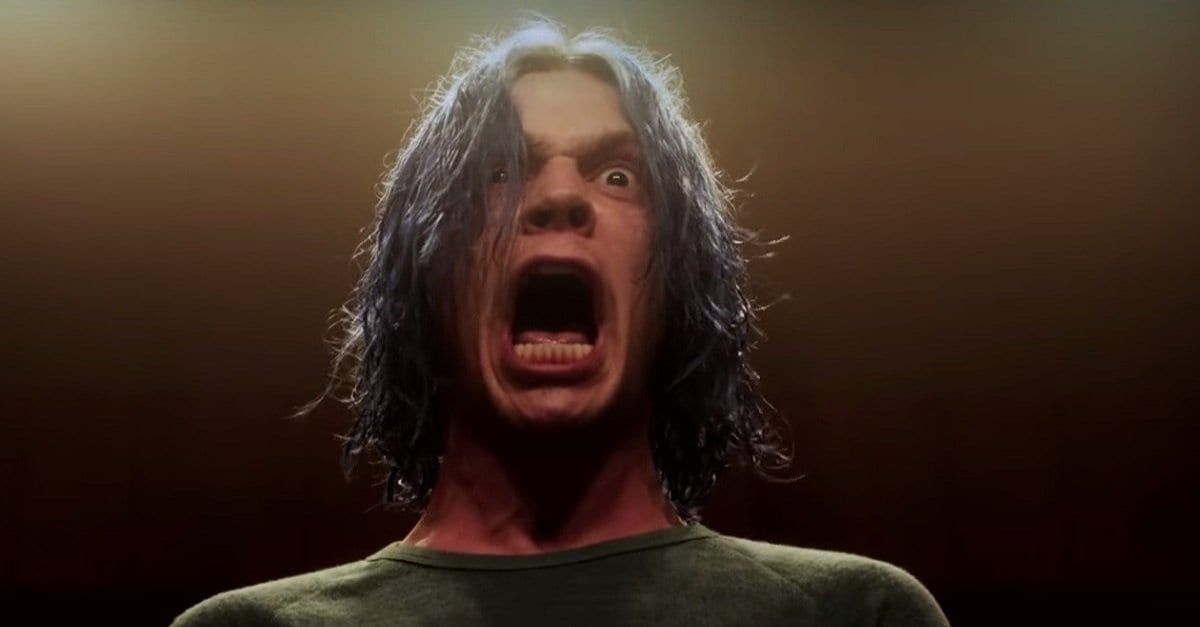 The announcement comes following an interview with GQ Magazine in which Evan said that the tough, challenging roles were ‘hurting his soul’ and that the dark subject matter was getting the better of him. When you look at the roles he’s played over the years I can totally see where he’s coming from as he’s been everything from teenage school- shooter, a patient in a brutal mental hospital, murderous cult leaders, ghosts, freaks, and more. That must take its toll on you especially when you’re committed to playing those roles both physically and mentally for months on end for filming. He went on to tell GQ, “I’m goofy, I’m silly, I like to have fun. I don’t like to yell and scream. I actually hate it. ‘I think it’s disgusting and really awful, and it’s been a challenge for me. Horror Story sort of demanded that of me”.

We still know nothing about the next Season other than Emma Roberts will be returning with Olympian Gus Kenworthy playing her boyfriend. Will Gus be filling in as the lead male while Evan takes his break? I also can’t shake the feeling that Sarah Paulson may not be returning this year either especially as it was announced that she would be taking the lead in Ryan Murphy’s other upcoming show for Netflix Ratched. As well as starring in it she’ll also be producing it so (on top of her various other projects) she may just be too busy for AHS. Perhaps this was why Roberts and Kenworthy were the first casting announcements of the year, they could be taking the lead on this one. I personally would love to see Denis O’Hare take on the lead role this time around especially as Elizabeth Taylor is still one of the best characters the show has ever created.

AHS has been renewed to be at least ten Seasons long and as this year is only the ninth it’ll be interesting to see whether Evan will just be taking a break from one Season. While I haven’t been a fan of all of his characters in the show, I can’t deny that he does bring something brilliant with every role that he’s played. Both Ryan Murphy and FX have yet to officially comment on Evan’s departure but we’ll be sure to bring you more news for AHS as we have it.