The Criterion Channel launched just a few days ago and it’s even better than I imagined it would be. There are so many excellent classic and contemporary films available for streaming. At only $10.99 a month (in addition to a free 14 day trial period), there is no excuse to not sign up for the service, especially if you’re a cinema fan like I am. 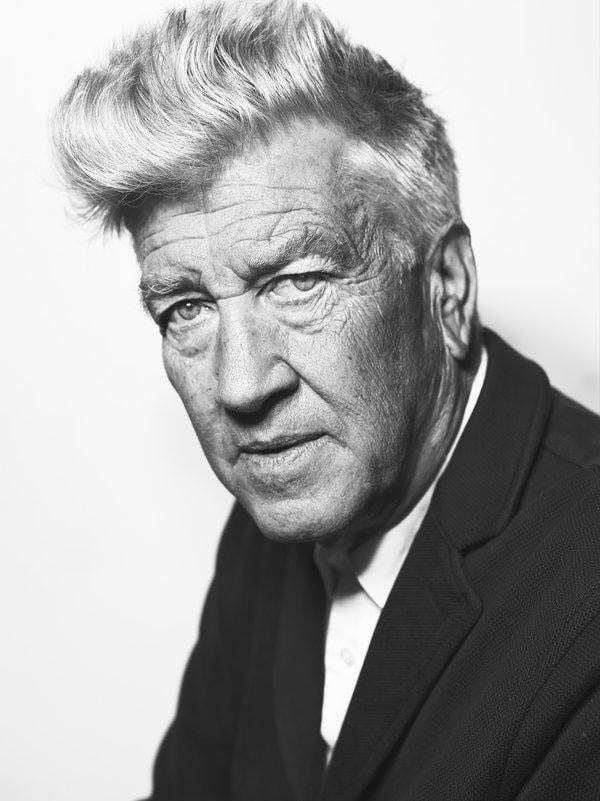 David Lynch is one of the ‘featured directors’ of the month of April. If you aren’t familiar with Mr Lynch’s work (he’s my favorite director of all time, if that counts for anything), you need Criterion more than ever right now. Four Lynch feature films and an abundance of his short films are currently available on the site. Here’s what you will get on Criterion this month (the Lynch content may stay on the site indefinitely or it may only be for the month, or somewhere in-between…licensing issues are complicated and I have no idea how it’s gonna play out): 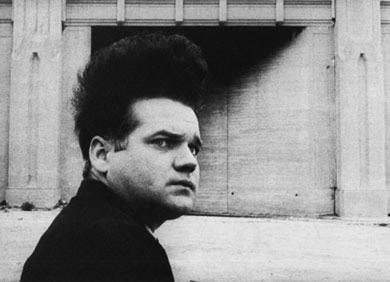 Eraserhead (1977) – Lynch’s first full-length film took over five years to complete. It’s the story of Henry Spencer as he navigates fatherhood…but really, you have to watch this movie to truly grasp the uniqueness and strangeness of it all. Eraserhead is a film where every shot feels like a painting that’s come to life. I have never seen another movie quite like it, and it’s a horror film in the truest sense of the word. I have watched Eraserhead only about three times because I have to be in just the right mood for it. It puts me in a particular headspace that is difficult to get out of. An artistic masterpiece in nearly every way. 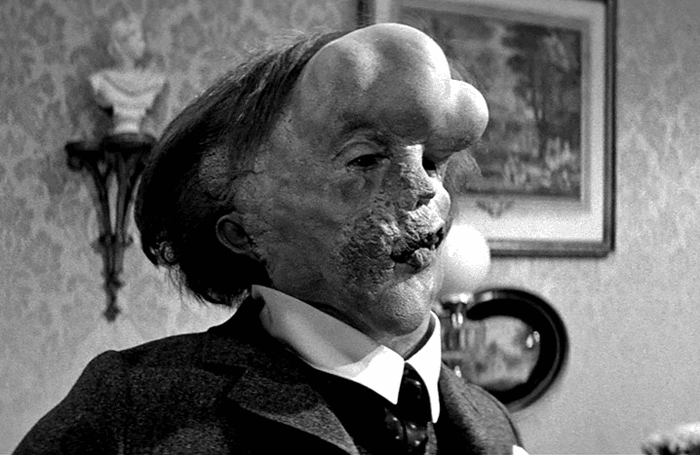 The Elephant Man (1980) – Despite being a huge Lynch fan, I hesitated to watch this movie until about a year ago. I had heard that it was one of the more ‘normal’ Lynch films and Anthony Hopkins was in it and it was nominated for 8 Academy Awards and all that. I just had no burning desire to seek it out. Once I finally viewed the film, I regretted not seeing it years earlier. The Elephant Man is moody and captivating with just a touch of surrealism, and the acting is excellent throughout. Robert Redford winning the Oscar for Best Director (for Ordinary People over David Lynch is one of the great Academy Award tragedies. 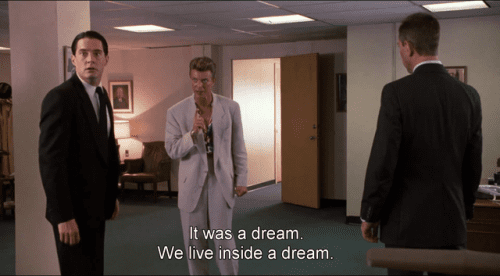 Twin Peaks: Fire Walk With Me (1992) – The sequel (but really it’s mostly a prequel) to the groundbreaking TV series. I rented this film from my local video store when I was 18 and had to turn it off midway through. The tone was just so different than the television series and it wasn’t anything like I expected it to be. I couldn’t believe that Lynch made a movie and instead of wrapping up the cliffhangers of the TV show, he made a dark, disturbing movie about the final days of Laura Palmer. A few years passed and I gave the film another chance–I was a bit older and wiser and this time, Fire Walk With Me just clicked with me. Today I rank it as one of Lynch’s finest works. WARNING: If you watch this film before you see the TV show, the central mystery of the series will be spoiled for you. However, it can also be viewed as a stand-alone motion picture. I once played this movie for some friends who had never even heard of Twin Peaks before. They loved the film and thought it was ‘a really good movie about the sexual abuse of a teenage girl…with a lot of weird stuff going on’. 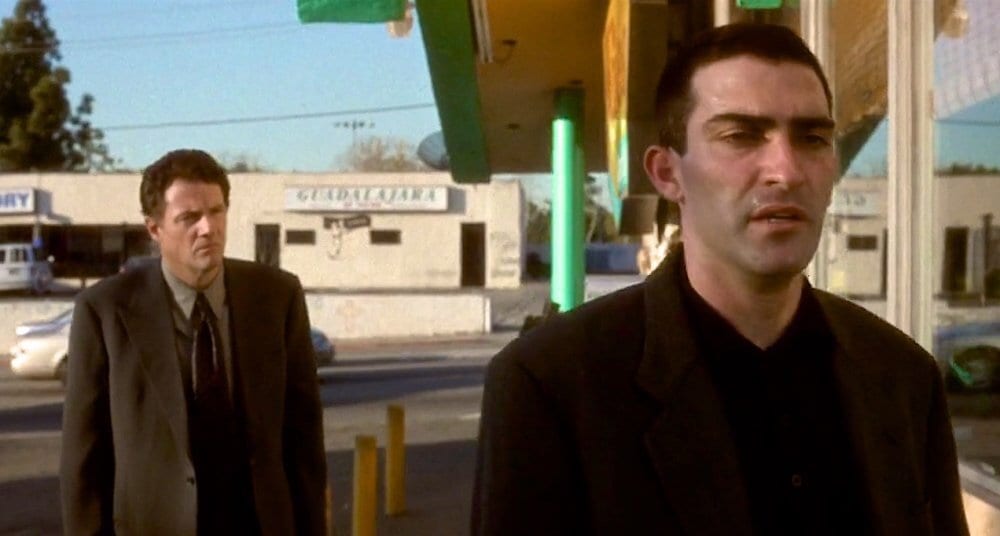 Mulholland Drive (2001) – Lynch’s epic cautionary tale/love letter to Hollywood stars Naomi Watts and probably should have won a handful of Oscars but didn’t because the Academy never recognizes anything outside of the mainstream. This is maybe the best film to start with if you’re new to David Lynch. It’s centered around a compelling mystery (possibly two or three mysteries, actually) and there’s simply one fantastic scene after another and a great score by Angelo Badalamenti and how did Naomi Watts not get a Best Actress nomination for this? Mulholland Drive is a movie that reveals something new every time you see it, and it lingers in your mind long after the end credits have finished.

There are a bunch of Lynch’s short films available on the Criterion Channel as well. Many of these shorts have never been seen by the general public, as they had to be sought out on DVD or YouTube until now:

Six Men Getting Sick (1967) is 4 minutes of chaos, once causing a friend of mine to exasperatingly remark ‘Does this siren keep wailing during the whole movie?’. 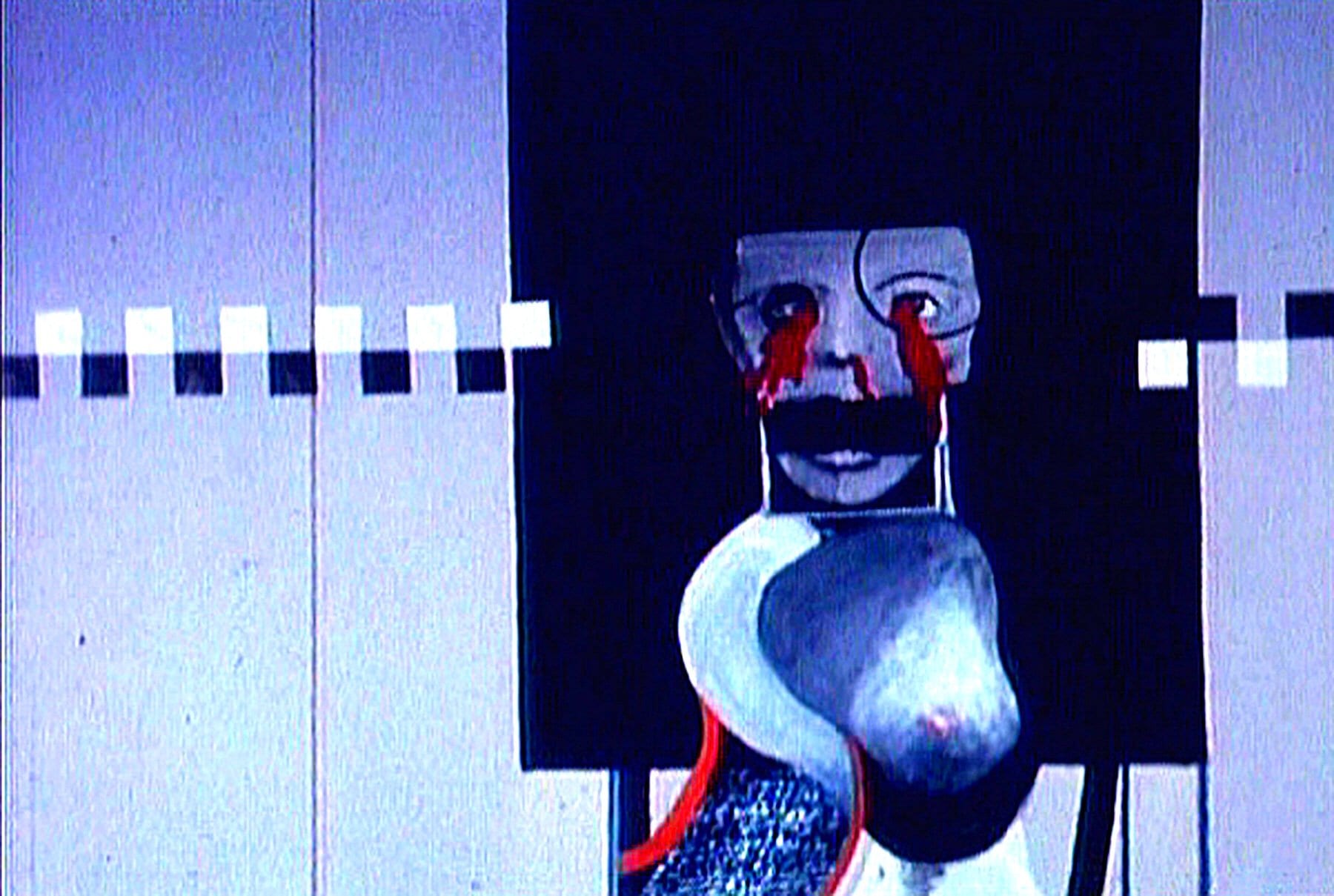 The Alphabet (1968) caused that same friend to say ‘Can we watch something else please?’ (he had no appreciation for art, obviously). 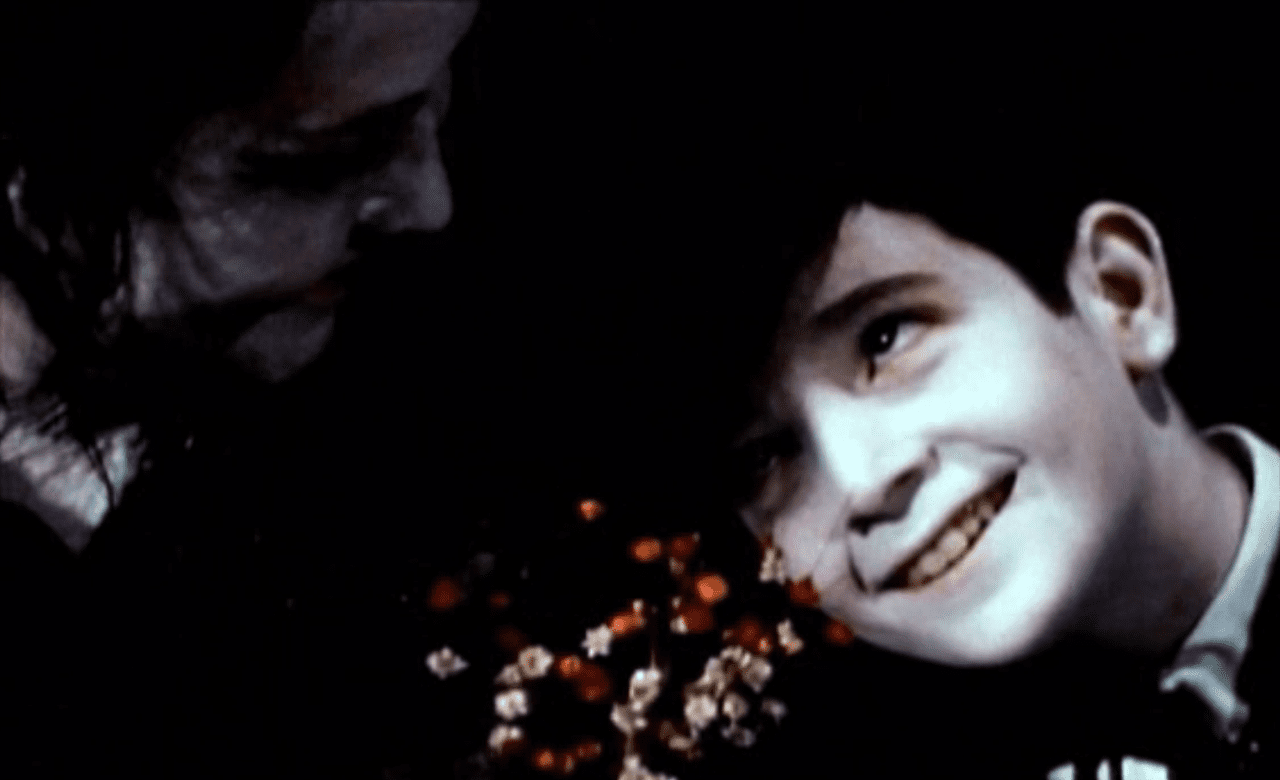 The Grandmother (1970) is simultaneously frightening and beautiful, a real artistic triumph, signalling to the world (or at least to those in the world who saw it) that David Lynch was an emerging talent to be reckoned with. 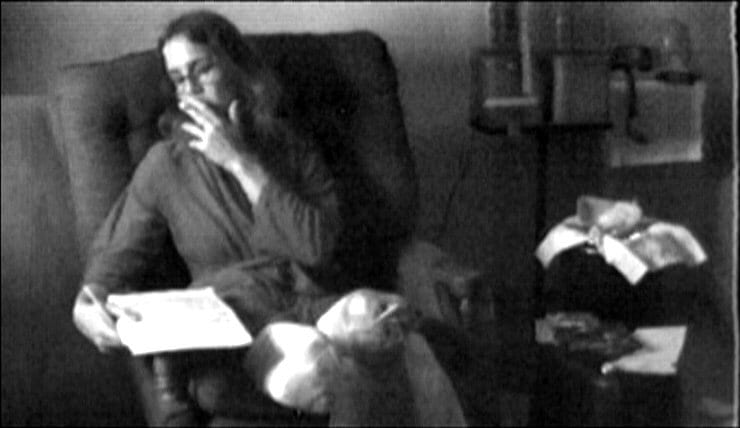 The Amputee, Versions One & Two (1974) are my personal favorites of all of his short films, featuring Miss Catherine Coulson as a woman missing a leg, writing a cryptic letter to a friend. 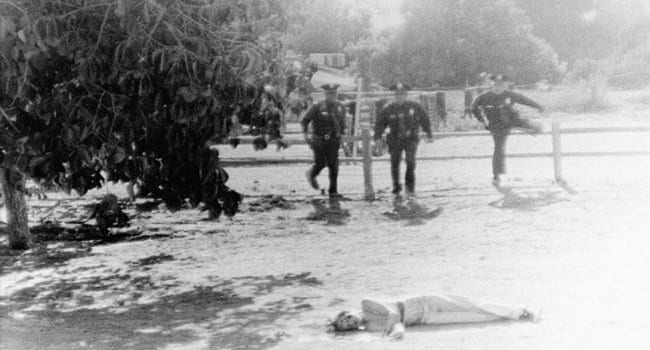 Premonition Following an Evil Deed (1995) lasts all of one minute, hypnotically depicting the events following a young boy’s murder (at least I think so, as this is the sort of film that you approach with your emotions rather than logic).

In addition to the Lynch films I just mentioned, Criterion also has a bunch of interviews with the man himself. Don’t I already own most of this stuff on DVD? Yes, but it’s nice to have them so readily available on a streaming site. 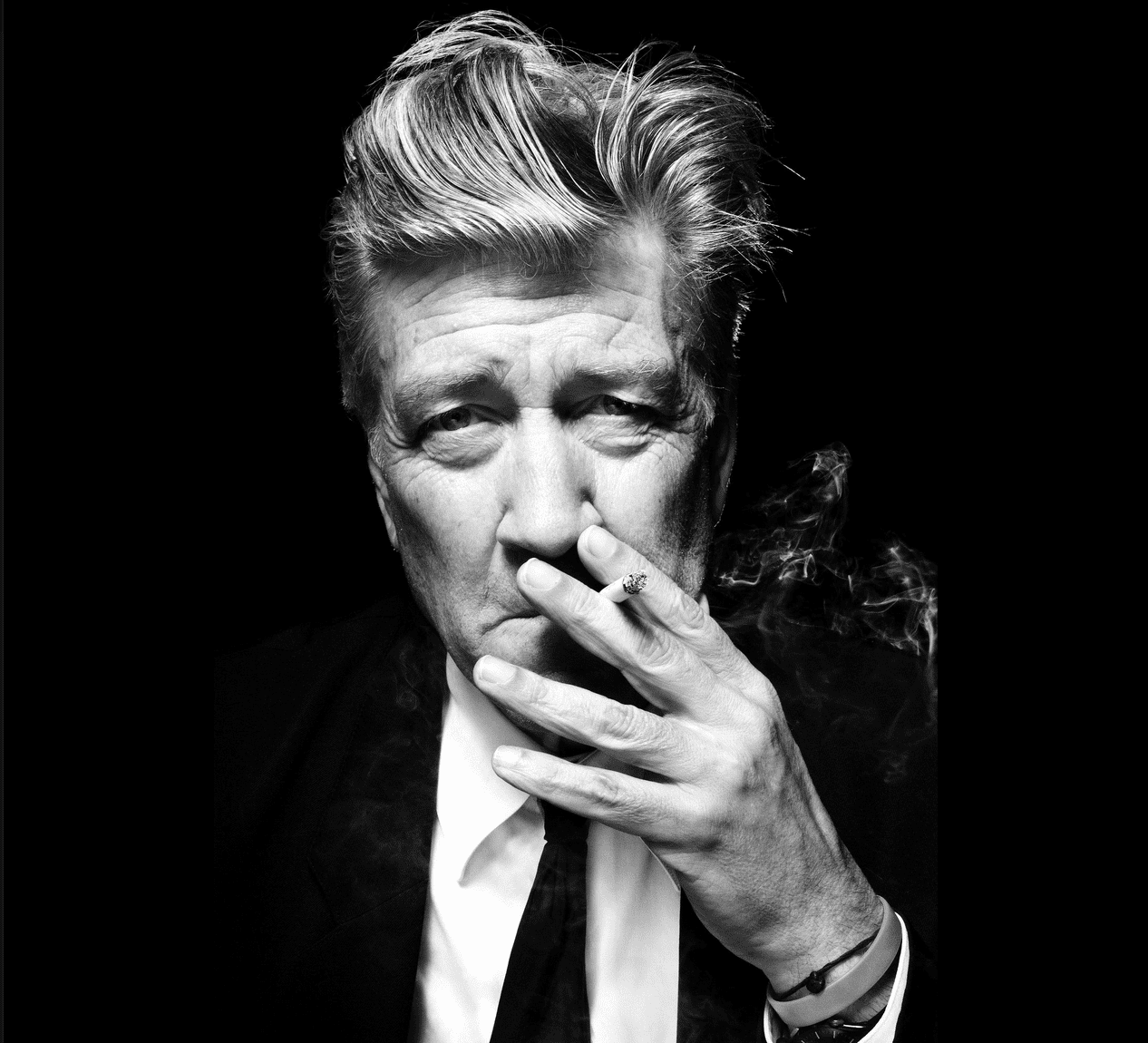 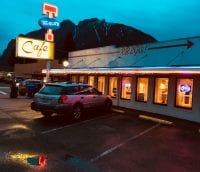