Science-fiction has always been one of the most progressive genres of storytelling there has ever been. Even on the simplest, least complex level, science-fiction demands high concepts and vision, for it functions as not only a guide to the possible future but a commentary on our present.

The subgenre of science-fiction that always fascinated me, and one that we will be focusing on here at 25 Years Later for the next month, is artificial intelligence. Either set in the not-too-distant future or in galaxies far, far away, the concept of the soul and what it means to be human is a constant in this subgenre, even if the subject of an artificial intelligence story is not actually human themselves.

The key to any great allegory or metaphor is to question existence and answer the immortal question: “what does it mean to be alive?” Even within our own species of humanity, we sometimes view other cultures, or people with different skin colors, as a distinct other. We lack common ground because we sometimes fail to allow it to exist. Artificial Intelligence stories allow us, as flawed humans, to see a different being, be it robot, android, or machine, as a stand-in for our own prejudice.

Take the pivotal “soul” scene from Blade Runner 2049, posted below:

In such a small window of time, there is a lot to unpack. We start with the concept of walls. Walls don’t have to be physical. If we put up a wall of difference…your side is different from mine…we sometimes live in ignorant harmony. But once those walls come down, “you’ve bought a war”. Sometimes we embrace change but other times we see it as the enemy. It is our ability to see another side that separates the good from the evil.

In the context of Blade Runner 2049 (and, of course, the film that preceded it), replicants are human-like androids who are given false memories so they can mimic human activity and be appropriately aged for adult work. In the original Blade Runner, their lifespans were limited and they were mostly used for labor. By the time of 2049, it appears they have larger lifespans and serve as everything from sex workers to detectives.

Agent K (Ryan Gosling) had recently discovered the deceased replicant Rachel, who was the first replicant to become pregnant and give birth to what would be a new life form never before encountered. In the scene above, the identity of the child is unknown but the first response is to kill it so as not to disrupt the fragile wall already up between humans and replicants (who are barely tolerated, if not outright hated).

What makes the scene so compelling is that K is under the impression he does not have a soul because he was never born. He has emotions but they are programmed thanks to implanted memories. Though he can feel pain, there is a part of him that knows he is not “real”, simply because society tells him that. However, the emergence of a replicant birth makes him begin to question his own programming. Without spoiling the film for those who haven’t seen it, K’s journey to kill the child leads to self-discovery and shocking revelations that, like any good science-fiction allegory, requires us to examine if the soul exists outside the societal norms and physical expectations.

Blade Runner and Blade Runner 2049 deal with the concept of humanity in a much more complex way than other artificial intelligence films, specifically because the replicants look like humans and share human memory. Other films and TV shows are less subtle with their approach but still provide provocative angles to examine.

One angle often viewed is how the environment we are surrounded by influences the creation of the soul. One of the most popular examples is Data (Brent Spiner), from the Star Trek: The Next Generation television show and subsequent film franchise. It is made evidently clear that Data is an android with no emotions whatsoever, who can only mimic humanity. However, his desire is to be as human as possible, even to the point where he acquires an emotion chip that allows him to actually feel. Much like replicant’s implanted memories, once Data acquires emotions, his journey to becoming human is basically complete as he possessed the knowledge and inherent compassion all along to be truly human anyway. It did, of course, come with some bumps in the road.

Data, as well as Agent K, are examples of the seekers of the soul that proves it isn’t necessarily a requirement of literal, physical humanity, but a matter of ethics and what you truly feel, manufactured or not.

Another film to view would be the flawed, but conceptually compelling film CHAPPiE, from director Neill Blomkamp. In CHAPPiE, a young programmer gives a defective police drone the gift of artificial intelligence. In the universe of the movie, there are not the same restrictions as there are on Data. The robot will have emotions and a moral compass, but his development of such depends on how he is raised.

CHAPPiE looks at the concept of mothers, fathers, and creators all within an ethical context. Like an innocent child, CHAPPiE, as the new life form is called, is born with the desire to learn but has no context to live off of. He has an inherent fight or flight response but is truly ignorant to the world. Sadly, he is raised by a gangster “father”, who is violent and mean, but with a caring, if still criminal, “mother”. When CHAPPiE’s creator tries to interfere in how CHAPPiE is raised, CHAPPiE has to face the moral conundrum of following the orders of his parents or his “God”, in a sense. CHAPPiE’s parents would prefer he commits crimes and finds ways to manipulate him to do it, which makes the well-intentioned and truly innocent CHAPPiE’s story arc a tragic one.

Another Environment-Makes-The-Soul piece is Alex Garland’s masterpiece Ex Machina. To go into too much detail would spoil it for those who haven’t seen it but, in brief, a Steve Jobs/Mark Zuckerberg amalgam named Nathan (Oscar Isaac) develops the world’s first full-fledged artificial intelligence, or so he thinks. To prove his creation, Ava (Alicia Vikander), is truly aware, Nathan has a young programmer who works for Nathan’s company, named Caleb (Domhnall Gleeson), spend a week with Ava to see how she grows emotionally and intellectually with human contact.

Basically imprisoned in a select amount of rooms, Ava seeks knowledge of the outside world from Caleb as well as the purpose of her existence. And while Caleb sees her as a burgeoning life form, Nathan sees her as just another phase of his experiment. With equal exposure to both men, and progressive awareness of her surroundings and sexuality, which core personality will Ava acquire?

Ava’s journey is the perfect summation of K’s awareness of purpose, Data’s desire to learn, and CHAPPiE’s susceptibility to the environment in which he is raised. Besides having a masterfully written screenplay (by Garland, nominated for an Oscar in 2014) that could easily take place on the stage, just as much as on the screen, Ex Machina might be the ultimate film on the composition of the soul.

Firstly, it shows how sometimes the humans themselves aren’t the ones to actually understand what they naturally acquire, taking it for granted. Secondly, the machines, who are led to believe they never had or will ever have a soul, show they may be able to inherit it, either by complex imitation or transcending humanity’s limited scope of understanding what exactly the soul is. Lastly, it explains that the existence of a soul itself is not pure and good. Souls can be evil and dark, especially if led in the wrong direction.

Here at 25 Years Later, we’d like to examine the use of artificial intelligence and the soul in further essays and film reviews. With everything from family fare to dark satire, the ethical search for humanity using machines as our heroes (or villains) has become commonplace in the zeitgeist and is worth a deeper look. For the next month, our writers will take you on that journey. 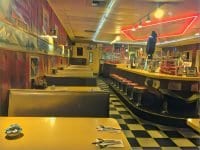