“I hereby christen this budget Barbie camper Priscilla, Queen of the Desert!” 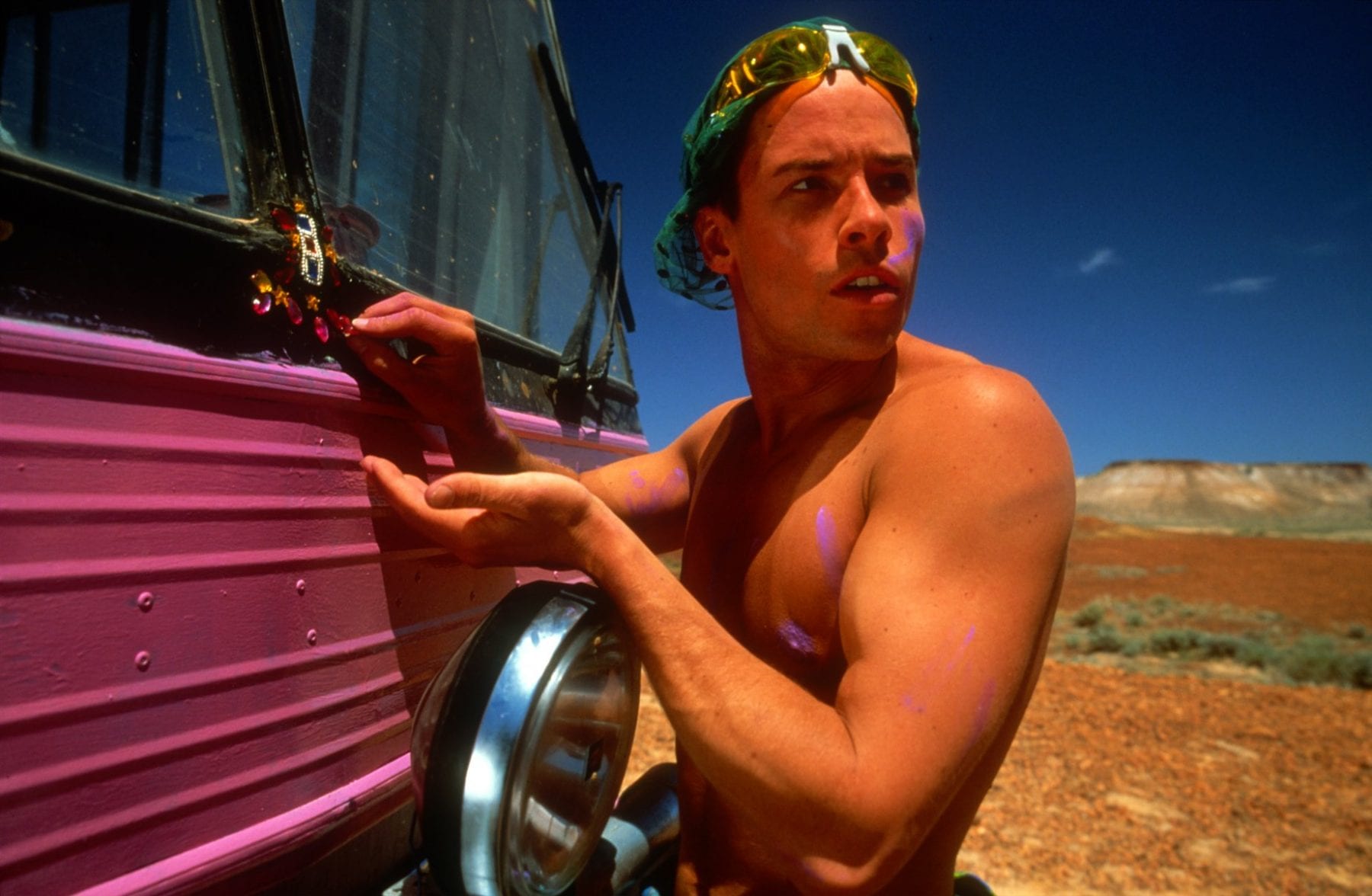 Priscilla, Queen of the Desert is a classic film that introduced the world of drag queens to many people in 1994. It also gave an insight into the lives of those in the LGBT community at that time. As a member of the LGBT community myself, it brings me such joy to remember that the film shined a rather positive light on gay men and transgender women in a time where they still had to fight for their basic rights.

While gay men still encounter issues in today’s society, acceptance has increased a great amount over the past 25 years. The representation of the LGBT community and drag queen culture has seen a rapid increase on our screens. I believe that this movie and others like it played a part in that.

This film is of high importance to the topic of the gay and transgender community, and to the recognition of Australian cinema. Along with the Crocodile Dundee flicks, Priscilla is one of the most popular pieces of Australian film.

In 1995, the film won an Oscar and a BAFTA film award for Best Costume Design. It was also presented with the Golden Space Needle award for Best Film and Best Actor (Terence Stamp) by the Seattle International Film Festival. Widely recognised for its beauty and unique outlook, Priscilla was a huge success.

25 years later, this has not changed. Priscilla holds all the qualities to remain popular and relevant in 2019. It addresses cultural issues, contains some of the most popular songs found in the gay scene to this day and keeps you entertained with it’s witty, sarcastic humour. Honestly, there are countless reasons why Priscilla, Queen of the Desert has held up as a film classic for years.

An appealing aspect of the film is the ‘road trip’ factor. Two male drag queens and a transgender woman embark on a journey through the Australian outback on their bus ‘Priscilla’. Road trip movies often gain success through being highly motivational, while watching you find yourself thinking that you want to go and see a show, you want to travel, you probably also want to see Australia for yourself. At the basis of it all, Priscilla is a great movie because it is a feel-good journey with comedy and classic tunes, but it’s in-depth topics keep it standing throughout the years.

“Great, that’s just what this country needs: A cock, in a frock, on a rock.” 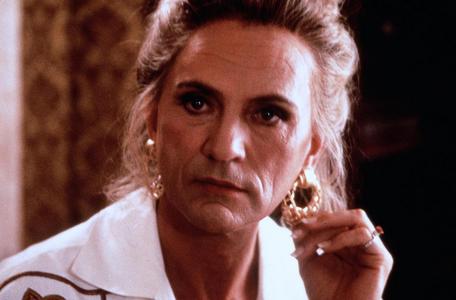 Road trip movies are often relatable to the audience, this is because when characters in a movie choose to take a long journey they are often hiding from the truth in their own lives that they cannot deal with, or they are looking to seek out the truth about themselves. This is something we all have an aspect of in our own lives, and through movies such as Priscilla, Queen of the Desert we can live out a fantasy of escaping and experiencing a life-changing journey. In this film, we encounter ‘Tick’ (Hugo Weaving) who agrees to perform a drag show in Alice Springs, and brings with him Adam (Guy Pearce) who he performs with at home in Sydney, and Bernadette (Terence Stamp), his transgender friend formerly known as Ralph, in the hopes that the trip will distract her from the recent passing of her husband.

It is during the trip between Sydney and Alice Springs that we discover that Tick has agreed to perform this drag show with his ex-wife, who also happens to live with his young son. This is a shock for the audience and for Adam and Bernadette, having known him for years but being in the dark when it comes to his family life. This was a hard-hitting moment, due to the fact that so many gay men have lived through marriages that were not right, and many have had to hide this fact too.

When the bus breaks down in the middle of the vast emptiness that is the Australian desert, the three main characters encounter various groups of people in search of help, and we witness very different approaches to gay men by strangers from different cultures. Something that caused this film to have such a huge social impact is the image portrayed of homophobia from local small town residents, and also the stereotypes we witness in these small towns. In fact, in the very beginning of the film we see Tick performing a moving rendition of ‘I’ve never been to me’ by Charlene. This song is one that holds meaning to a lot of fans, as it talks of freedom and travel, themes that relate directly to the movie we are about to see. However during this performance Tick is hit with beer cans, homophobic slurs and booed off of the stage. Homophobia is a common occurrence throughout Priscilla just as it is a common occurrence in real life.

When acquiring the bus, for example, Adam reveals that his parents are unaccepting of his lifestyle, suggesting this when he announces he tricked his mother into paying for the bus by telling her it might help him ‘get out of this phase I’m going through.’ This is played out in a comedic fashion, however, is an incredibly real moment, as it is unfortunately so common for parents to tell their children that being gay is a ‘phase’ and that they might ‘grow out of it’.

Such references to homophobia are one of the reasons the film might be considered controversial if it were released today. Of course, it was controversial in 1994 too, because it gave a personal view of the lives of gay men. Today however the controversy would be based around language aimed at gay men in the film. The song sang by the three main characters while on the road ‘5 Fat Tranny’s Sitting On The Wall’ could be considered offensive today, and what I consider to be the most hurtful, or rather enraging part of the movie—when Tick, Adam and Bernadette find their bus to be spray painted with the sentence ‘AIDS fuckers go home’. This is something that would face major backlash had it been shown in cinemas today, and rightfully so. This isn’t the fault of the movie’s creators, more so an accurate but upsetting image of how the community was treated on a wider scale at that time.

As mentioned earlier, Priscilla, Queen of the Desert contains a number of stereotypes that could be considered offensive today to a whole different audience. These include an Asian ‘mail-order bride’ who is married to a lovely man that we come across in a small town, she is rather loose and doesn’t have a full understanding of the English language. This role is portrayed in a funny way, which would probably cause outrage to an audience today. We also encounter a very butch woman in a small town bar, along with a number of drunk men who are offensive and outwardly rude to the main characters from the very beginning. While small-town homophobia may still be very real, this is something that should be handled carefully in film today rather than the ‘on the nose’ portrayal shown in Priscilla.

These scenes that I have listed above would cause major controversy surrounding the movie if it was to be released in cinemas today, however that is not to say I don’t believe it would still be a success. Even if things are offensive, they are only a portrayal of the real world today. And I believe Priscilla would have the potential to become the classic that it is no matter when it was released.

Personally, I love this movie for its feel-good factor in addition to its hard to swallow moments. It represents the struggle that all of us within the LGBT community have faced at one point in our lives. But also shows us three amazing people who get through these negative experiences they face, and discover what they needed to be free. Bernadette finds love on the road and stays somewhere she will be happy with a man from a small town who happens to be surprisingly open and accepting of their lives, and Tick meets and bonds with his son. It is a beautiful ending to the movie, and would have shined a ray of hope to men in the audience who have family they believe will never understand or never accept them for their lifestyles. Priscilla is a movie that could inspire anybody as it relates to all aspects of life that we struggle with and those that we desire. That is why it still a classic, and I hope it always will be.