Days Gone is a third-person Action-Adventure/Survival Horror game set post-apocalypse with a fully open world just waiting to be explored. Ahead of its big release date on 26th April, I managed to play the PS4 exclusive game early and wanted to discuss my early impressions of it.

Imagine, if you will, a cross between Sons of Anarchy and The Last of Us with some Walking Dead thrown in there for good measure and you can see what kind of game this is going to be. I don’t want to spoil too much of the plot that I’ve seen so far but as is the norm with these types of games it opens with a heartbreaking scene (during the initial viral outbreak) in which our protagonist, Deacon St John, loses his injured wife after a medical tent is overrun with the infected. These aren’t really the slow and shambling zombies we’ve become accustomed to but are in-fact angry, shrieking beings that can chase you if they see you.

It was the kind of opening I was expecting as it seems like most male protagonists in these types of scenarios need a dead wife/child/relative etc to give them depth and motivation. I’m not entirely sure why Deacon decides to leave his injured wife in favor of his best friend, Boozer, though as the situation makes no sense at all. Sure Boozer becomes your sidekick during the main storyline but why would you ditch your bleeding wife for him? Would I have liked to have seen a less predictable opening to the game? Yes, I would but it is what it is and I guess that not actually seeing her die does provide more of a motivation for the character. I mean it is unlikely but I suppose doing it this way means there is some sort of slim chance that she’ll be alive somewhere later in the game or perhaps we’ll just find her as another infected. Two years have passed between the moment he loses her and the main storyline of the game.

Deacon St John is a biker who travels around killing infected, taking on missions for clans, and bounty hunting. When you take on missions to help out various clans it generally requires you to travel around on your motorbike which opens up the map and rewards you with money and XP. These can then be used to buy new weapons, upgrades for your motorbike, and levelling up your skills such as weapon handling and item foraging. Whilst the side missions and exploration seem to be very rewarding and interesting I sadly can’t seem to say the same for the plot which feels a little thrown together as an afterthought.

I can’t help thinking that the developers, SIE Bend Studio, put together this beautiful looking gaming world full of detail and interesting locations but then forgot to come up with a plot to go with it so have added something about a death cult that worships the infected, and a shady pharmaceutical corp that his wife worked for. It’s definitely missing the emotional pull of games like The Last of Us and Telltale’s Walking Dead series.

Even though I’ve only seen a small amount of the open world the game offers I can honestly say it’s beautiful and you can really see how much thought has gone into it. During the opening tutorial style mission, I was tasked with navigating through country roads while giving chase to someone. Those couple of minutes racing through trees and past abandoned cars really made gave me a feeling that the map could potentially be huge and that the motorbike was absolutely essential for exploration. Am I happy about that? I’m unsure at this point. Even during the HUGE open world of Red Dead Redemption 2 I constantly found myself ditching the horse in favour of exploring on foot. I like to take in the world and explore that detail, not go flying past it all on a vehicle.

One of the aspects I found tedious in RDR2 was the level of realism with horses like feeding them, grooming them and again with the hunting side of things. So I’m already finding the motorbike realism slightly tedious as you’re required to keep it fuelled by finding fuel in random locations throughout the map and you need to carry out repairs on it if it gets damaged. Parking your bike at a safe distance from a location, so you won’t be killed when refuelling, whilst you try to find petrol canisters is already a little tiresome.

The enemies are really great but nothing we haven’t seen before from this genre. The infected aren’t called zombies and instead have been given the name ‘Freakers’ and roam the world at all hours and build nests in certain locations which you can destroy with fire. Destroying these nests reduces the level of Freakers in that area allowing you to explore with a little less risk. Surprisingly there appear to be infected children which isn’t something you see much of in these types of game and while they do tend to run away from you when encountered I did nearly shit my pants when one jumped out of a car boot that I was raiding for supplies. I don’t tend to jump too much at horror stuff so I’m taking this as a good sign. There are the other infected types which seem to have become a staple in survival horror games such as a female who screams to draw the attention of the nearby hordes and then the giant tank style enemies that charge at you smashing stuff up. Oh and don’t forget the infected animals littered about the world. 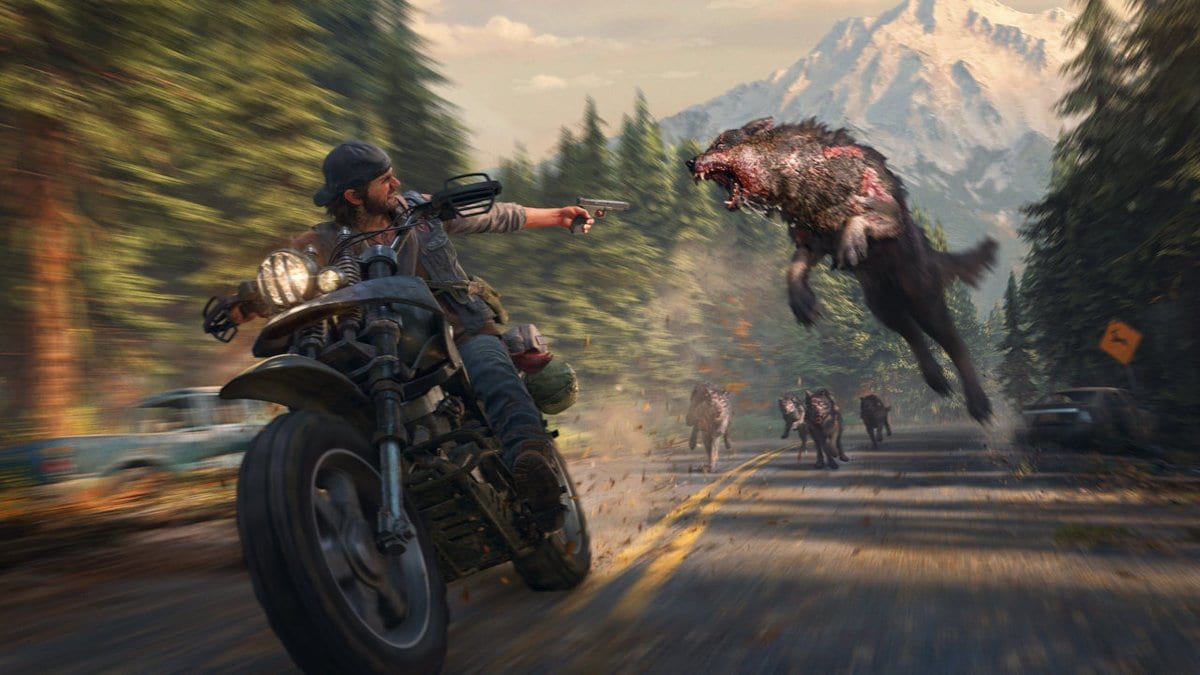 I’m enjoying it a lot but sadly it isn’t anything new. I’m not warming to Deacon St John and the lack of an emotional story seems like a massively wasted opportunity. I want to care about the characters and I want to be emotionally invested in what happens to them but at this moment all I seem to want to do is explore the world and see what new locations I can find within it. If you like Survival Horror games then you’ll probably love this one too but don’t go into it expecting something we haven’t seen before. The open world is truly gorgeous though and that’s enough to keep me entertained and I would definitely say it’s worth purchasing. Maybe the story will get better later on in the game? I hope so.