For the life of me, I’ll never understand how Barnes & Noble stays in business, but if there’s a God, I hope she sees fit to keep these brick and mortar stores open for years to come. It was in this bookstore I learned the true meaning of horror. Sometimes I’d actually buy something, but usually not. It was custom to grab a book, sit down in one of those comfy chairs and just start reading. Then I’d return every day until the book was complete. Rinse, repeat. Why not a library? I grew up—and still reside—in a small town in the south; the selection was rather limited at the Caldwell County Public Library. Not at Barnes & Noble, though. Overpriced as they were, actual bookstores carried everything and making a purchase was never compulsory.

I must have been 12 or 13. Old enough that I was starting to develop specific tastes, but still far too young to be picking up an anthology book of extreme horror called Splatterpunks. There are a number of great stories written by legendary authors in this collection of unflinching depravity. Anyone wanting to delve into the world of horror literature would do well to pick this up.

He’s a phenomenal, successful writer and even someone I’d call an anomaly, but repeat after me: Horror literature does neither begin nor end with Stephen King. Maybe I’m taking crazy pills, but something like 99% of every horror writer I come across cites Stephen King as their primary influence. That’s fantastic. I’m glad he got you reading and writing, but there is a world of horror authors out there willing and able to pull you into worlds of depravity the likes of which you’ve never even comprehended.

Splatterpunks is a fantastic book to serve as an introduction to some of those writers. Stories by Joe R. Lansdale, Edward Bryant, Mick Garris, George R.R. Martin, Richard Christian Matheson, and a number of others appear in this book. The second best story out of the lot has to be Lansdale’s “Night They Missed the Horror Show,” a tale of racism and redneck culture gone somehow more awry than would be expected. But the single best story in this anthology, without question, is Clive Barker’s “The Midnight Meat Train.”

There’s a solid chance you’ve seen the movie, and a solid movie it is, so far as film adaptations of books go. It has nothing on Clive Barker’s original short story. In truth, the movie is fairly loyal to the source material, in terms of plot. Where it fails to deliver is conveying the impeccable writing style of Clive Barker. The entirety of Midnight Meat Train—the film—lacks 1/10th the impact of a single paragraph found in the short story. Go ahead and watch the movie first if you want. It’s pretty good. But find one moment in the motion picture as impactful as the following passage:

“He was embarrassed now even to think of his naivety. It made him wince to remember how he had stood and announced aloud: “New York, I love you.”

It had been at best an infatuation.

And now, after only three months living with his object of adoration, spending his days and nights in her presence, she had lost her aura of perfection.

New York was just a city.

He had seen her wake in the morning like a slut, and pick murdered men from between her teeth, and suicides from the tangles of her hair. He had seen her late at night, her dirty back streets shamelessly courting depravity. He had watched her in the hot afternoon, sluggish and ugly, indifferent to the atrocities that were being committed every hour in her throttled passages.”

That’s Barker. Able to convey horrifying notions in a seemingly effortless manner and in a manner uglier than what is called for. Yet without question, you’ll understand what he’s telling you. Implanting these ghastly images in your mind as he means to, he’s not the kind of writer to leave horror to your imagination. Why let us fall short when he can paint a better picture than any of us can? That said, he’s never florid.

You’ve heard his name a thousand times, but surprisingly few horror fans I come across have actually read a book by Clive Barker. Let me be clear, reading Barker is non-negotiable for anyone wishing to call themselves a seasoned horror fan. If you ever plan to write horror literature, reading massive, massive quantities of Barker is a goddamned requirement. You owe it to yourself and to your readers to stand in awe of the master at work. And you’ll learn a lot.

“The Midnight Meat Train” appears in Splatterpunks, but that wasn’t its first appearance. Originally it was published in his collection The Books of Blood Volume I. The collection of Volume I-III & IV-VI is the best place to start for anyone wishing to get into Barker. Many of the short stories contained within The Books of Blood have been adapted for film and television. Let’s look at some of the stories with adaptations.

“The Book of Blood” – Frame setter for the entire series. Adapted to a film of the same name. Story is great, movie could have been better. ”

“The Yattering and Jack” – A rarity, Clive Barker takes his writing into comedy territory. Adapted to an episode of Tales from the Darkside, episode 76.

“Dread” – Adapted into a film of the same name.

“The Skins of the Fathers” – A scene from this story is used in Lord of Illusions.

“Rawhead Rex” – Adapted into a film of the same name.

“The Forbidden” – Perhaps the greatest Clive Barker story ever adapted for a screen—big or small—this is the story upon which Candyman is based.

“The Last Illusion” – Along with “Skins of the Fathers,” this story serves as a basis for Clive Barker’s Lord of Illusions.

“On Jerusalem Street” – Also the basis for the movie The Book of Blood. 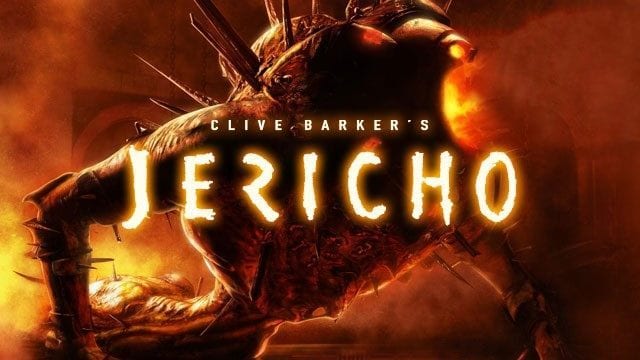 Perhaps Clive Barker’s most well-known achievement is a novella called The Hellbound Heart. Barker himself adapted the story into a screenplay and directed the film itself, changing the name, of course, to Hellraiser. Hellraiser’s influence can’t really be overstated. It seems like I bring up Joe Bob Briggs in every article I write lately, but he’s an active voice in horror at the moment—and one of the most important—and he called this movie one of his all-time favorites during Shudder’s first marathon of The Last Drive-In. It’s easy to see why.

There simply isn’t another movie like Hellraiser in existence. I feel like there are Lovecraftian influences, perhaps some inspiration from The Exorcist, but Hellraiser is just a different kind of horror film. Blurring the lines between pleasure and pain, bringing a different aesthetic to the world of ‘80s horror, forsaking the slasher genre completely in a time when the most successful horror films were doing the opposite, Hellraiser is truly its own movie.

What I find most interesting, though, is that as iconic as the movie is, rarely is the book discussed among horror aficionados. Unlike Stephen King’s It, The Stand, or books in The Dark Tower series, most people seem to be unaware that the movie is even based on a book. If people read the works of Clive Barker more often, they’d find his stories are often as unique to horror literature as Hellraiser is to the world of horror movies. There simply is no other writer like Clive Barker. 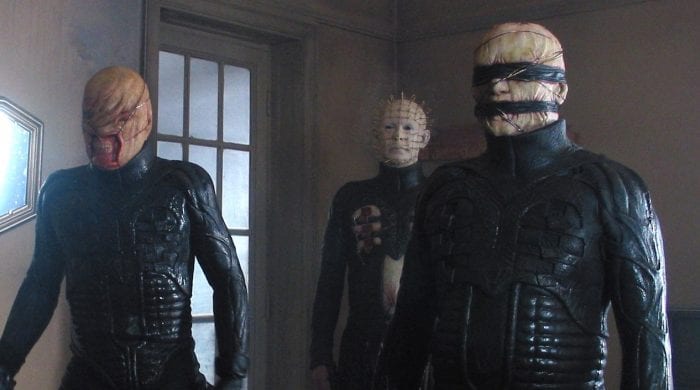 Take the book Cabal. Once again, one of his own stories was adapted for the screen and directed by Barker, and once again he changed the name of the story, this time to Nightbreed. Nightbreed—unlike Hellraiser—isn’t very good. Clive Barker actually agrees as has expressed disappointment with the final product. There exists a director’s cut, but I didn’t find it to be a marked improvement. The book Cabal, on the other hand, is so tightly written and so beautifully worded, it’s damn-near unrecognizable as the basis for Nightbreed at times. True story, I watched Nightbreed long after having read Cabal and it took a good 10 or 15 minutes of watching the movie before I realized it was based on a book I’d read years prior.

Then you have Lord of Illusions, Clive Barker’s last directorial effort (so far). If Hellraiser is a 9/10 and Nightbreed a 3/10, then Lord of Illusions sits closer to the former as a solid 7/10. Now I haven’t read every interview with Barker, so I’m not sure why he’s stopped directing films, but I suspect it’s because he knows himself to be less a filmmaker and more of a writer. Not that he’s bad at making movies. He’s actually quite great at it, considering most novelists can’t direct a movie to save their lives.

I love Maximum Overdrive, specifically for its camp factor, but I’d hardly call it a directorial achievement on anywhere near the level of Hellraiser, or even Lord of Illusions, and I think Stephen King (director of Maximum Overdrive) would agree with me on that. Clive Barker is definitely a renaissance man. He’s directed, he’s a stunning visual artist, he’s made video games, graphic novels…Clive Barker is no less than a fucking prodigy if I’m being honest. But at the end of the day, writing is where he shines.

Like many of the artists I’ve written about for 25YL (David Lynch, Cormac McCarthy) there simply isn’t enough time to really delve into the vastness of Barker’s body of work. This article could meander into so many of Clive Barker’s creative ventures—many of them more fantasy than horror—going on for another ten thousand words, and do little more than scratch the surface. Having said that, if you want to truly understand one of the horror genre’s most precious treasures, you need to jump into that crimson ocean yourself. Don’t try to swim, just let the current pull you under.