You might have heard of Brie Larson. The Oscar-winning actress for Room has starred in two movies released in the last month in a half that have grossed, to date, almost two and a half billion dollars globally. She’s a critical and commercial darling with a political/social voice (which has led to some detractors). So, with absolute power in her control, what should her next move be? Why, direct a small budget, adult dramedy about social and familial expectations, of course!

Granted, Brie Larson’s directorial debut Unicorn Store was finished before she became an Avenger but due to expected delays when dealing with smaller indie films as well as a recent rise in her profile, Netflix acquired and released the 2017 film on April 5th, 2019 on their digital platform. The timing couldn’t be more perfect. Cynics see it as a cash-in move due to Larson’s more mainstream exposure but fans of hers see it as an opportunity to display her eccentricities and depth. 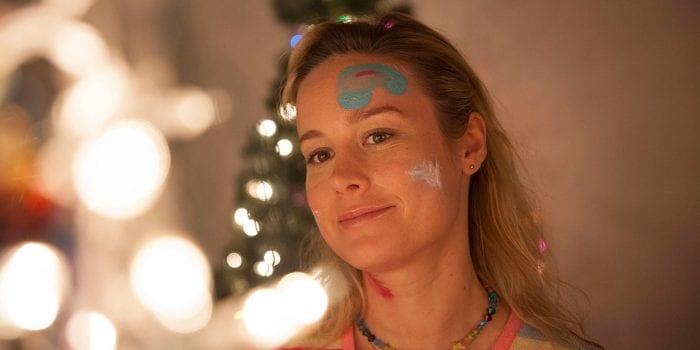 And Unicorn Store succeeds in charming her fans and more neutral observers while likely angering her enemies. Larson directs a harmless yarn with a very specific level of comedy that may rub people the wrong way if they already have predisposed notions about her. Not only does Larson direct Unicorn Store with visual flair but she also portrays its lead character, a whimsical artist named Kit, as subdued and snarky. For the internet trolls who already assume Brie is aloof at best and a bitch at worst may have more fuel for their fire. But screw ’em! This is a film about positivity!

Unicorn Store tells the story of Kit, a colorful art student who is kicked out of her minimalist art school for being, well, too excited about life. Her all-over-the-place dioramas of unicorns and rainbows do not impress her teachers and she is forced to go home, under the watchful and slightly judgemental eyes of her parents, the excellently cast Joan Cusack and Bradley Whitford, founders and organizers of a teen excursion/camping program.

Kit thinks she needs to be a “normal” person and break away from the childish things that flunked her out of school. So, she dons an old suit of her mother’s and braves the corporate world, in all its earthy colors and bland surroundings. However, just when she thinks she has accepted her role as a corporate drone, she receives an invitation from The Store.

One fateful night she decides to visit The Store, a mystical place in a nondescript building, which is run by a very pinkly dressed charmer simply named The Salesman (Samuel L Jackson, another pitch-perfect casting choice). He tells Kit that she can have a unicorn of her own, something she always wanted, but must perform a series of tasks first that prove she is able to properly care and nurture such a mythical beast. 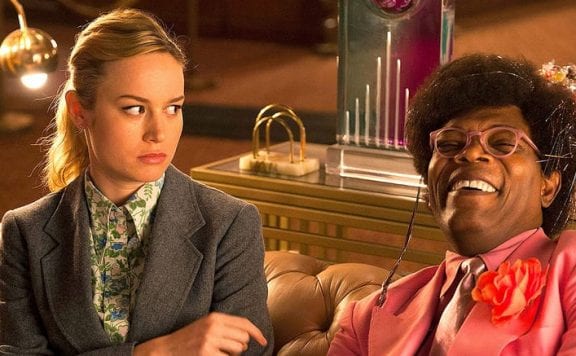 From then on, Kit must decide to embrace her artistic roots, which are very much in demand for a unicorn, with the help of a dry carpenter named Virgil (a charming Mamoudou Athie), or submit to her parent’s world, with her overly suggestive CEO-boss (Hamish Linklater) and her parent’s preferred suitor for her, the nerdy but sweet Kevin (Karan Soni).

To start, one must praise Larson. Already a force to be reckoned with on screen, with a charming presence and many subtle layers to her performances, Larson has also deftly handled her directorial duties. Larson, much like her acting, is not about fireworks but workmanlike and her shooting selection is not very flashy and it doesn’t try too hard. In fact, it plays it a bit safe, allowing the Director of Photography Brett Pawlak, whose resume varies between rom-coms and sci-fi flicks, do the heavy lifting.

Befitting the plot, the scenery is to be every changing between Kit’s world of color and Kit’s world of commerce. So when we get to see Kit’s mind at work, her dreams made flesh, or when she visits The Store, Pawlak uses vibrant color schemes to depict a near-mystical world. In some scenes, the entire lens is saturated with purples and greens, making simple scenes in elevators or hallways seem like they exist in another dimension.

In contrast, Kit’s office place is almost oppressively drab, with vomit yellows and puke browns. It takes a detailed cinematographer to pull it off visually and a great director, even if it is their first go, to have the foresight to use visual cues and settings to aid the story.

Of course, the story, colors aside, is largely a dialogue-heavy think-piece on our ability as humans to separate our work lives and our home lives; our jobs and our passions. And to carry out something to play realistic, satirical, and fantastical, you have to have good actors to pull it off. I’ve already sung the praises of Brie Larson, who brings subtle layers to Kit. More surprising, her dry wit is on full display, providing many a laugh.

But her co-stars pull a lot of weight. Cusack and Whitford are such a great married couple that you’d believe it to be true in real life. Whitford has made a living off of playing domesticated goofballs and authority obeying suits so he fits in here as a neo-progressive philosopher. Cusack has found a way to contain her oddball energy to also perfect a solid deadpan that services this movie, making both actors unexpected scene-stealers.

Soni has basically cornered the market on sweet nerds (see Deadpool 2 and the “courage” scene for an example) while Linklater is about as likable of a potential sex predator as you can get. And due to their off-screen friendship, Jackson and Larson have excellent chemistry that feels easy and comforting. But the big surprise for me was Athie as Virgil. Though not a newcomer to film and TV, this was the first project I saw him involved in. He’s charming, handsome, and has a dry wit that matches Larson’s and it makes them a fantastic potential couple. 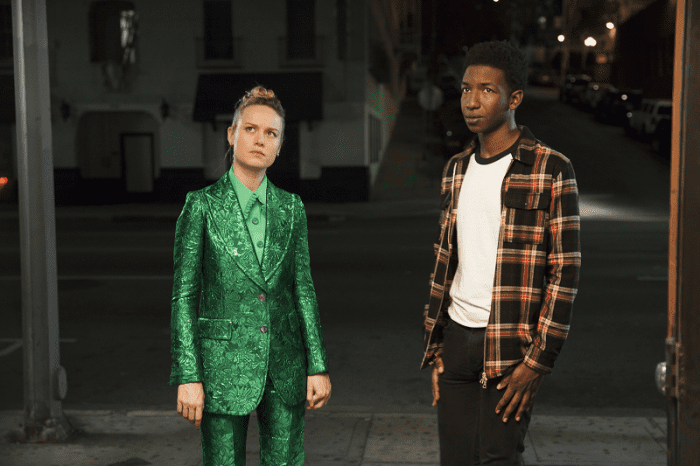 And on that front, it should be noted that in three of Larson’s last four projects (Unicorn Store, Captain Marvel, Avengers Endgame), her character has remained asexual. In neither of these projects has she had a moment of sexualization or even romance. Kit’s relationship with Virgil is implied to be romantic in Unicorn Store but never goes beyond hand-holding plutonic. And in Captain Marvel, she doesn’t even have a love interest, something you expect to be shoe-horned into any superhero movie.

I find this take refreshing and I think it is a conscious goal of Larson’s to go this route. As someone who is outspoken on women’s representation, amongst other things, it is important that women in control of their projects make the films the way they want to, to break the mold. In these three projects, Larson has never been an object of affection or subject to the male gaze unless it was dictated by the story (such as Linklater’s creepy CEO). In fact, her sexuality and attractive attributes are provided by her emotional, internal qualities (humor, intelligence, pathos) and not a skimpy outfit or male lust.

It is hard to describe how refreshing it is to see an adult dramedy without any forced sexuality or objectification. Even in the films with the noblest intentions, this always seems to fail to come through. Larson, in full control of this production and with future work as an Oscar-winning star guaranteeing more say in how she goes about roles, this is a huge step for women filmmakers in myriad ways.

So Unicorn Store comes with a high recommendation from me. The world needs more color and more whimsy and if you learn something about yourself along the way than that is a bonus.