Here at 25YLSite, we handle a lot of heavy lifting. Analysis, interpretation, deep discussion, introspective interviews…you name it, we’ve got it. “Favorites” takes a lighter approach to the material we normally cover. Each week, we will take you through a list of favorites—whether it’s moments, scenes, episodes, characters, lines of dialogue, whatever!—in bite-sized articles perfect for your lunch break, a dull commute, or anywhere you need to take a Moment of Zen. So, sit back and enjoy this week’s offering: J.C. Hotchkiss’ top five characters in films written by John Hughes.

“Life moves pretty fast. If you don’t stop and look around once in a while, you could miss it.” Ferris Bueller (by proxy of John Hughes)

John Hughes defined many people’s childhood —or teenage angst depending on your age at the time. He wrote from a place of knowing what it was like to not fit in and trying to find your tribe; marching to your own drummer and going up against the establishment of the popularity hierarchy. He created characters that stayed with you, some even for the past 30 plus years. There were many favorites of mine to choose from, but here are my top five John Hughes characters. 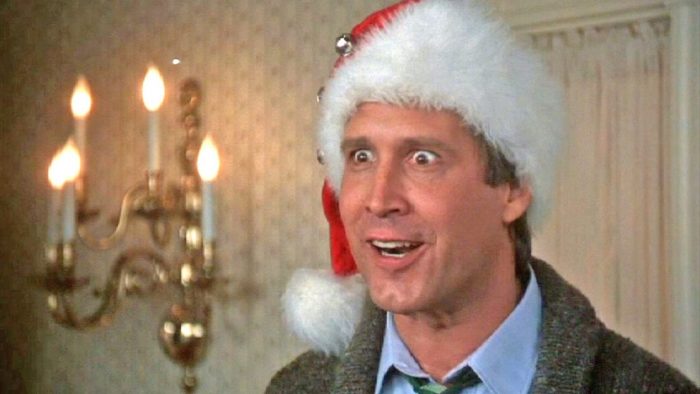 Say what you want about Chevy Chase, he has many memorable characters. But none define the comedy genius as the National Lampoon Vacation series does. His portrayal of the father of the Griswold family clan brings more happy memories and laughs than I’d like to admit. Ever the embarrassing Dad but also marching to his own beat of setting examples for his children Rusty and Audrey, and being an ever loving and perpetually roused husband to Ellen, Clark sets the standard of the ultimate of Dad jokesters. His whole life seems to be one big dad joke, and I am here for it. 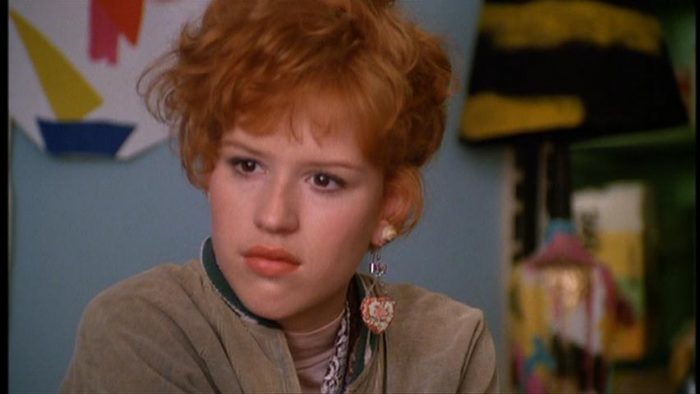 I don’t know about your high school experience, but mine had ups and downs, just like I’m sure most everyone’s did. What Hughes did extremely well was show the inner workings of those high school relationships—the division and the togetherness, both intertwined and complicated, but at the end so simple; everyone just wanting to belong. He hit the nail on the head when he wrote Andie, played meticulously by one of Hughes’ muses, Molly Ringwald. Andie wasn’t complicated; she wore her heart on her sleeve, but played into the derision that faces many a high school experience, not being one of the ‘cool’ kids because of stature —for lack of a better word. In the end, she realized that true friendship, believing in one’s self, and trusting someone’s belief in you is what’s important. And she still got the guy.

Honorable Mention: Duckie, because Jon Cryer kills it as Duckie and I can watch him go after James Spader in the school hallway and tear down the prom banner on repeat. Forever.

You might be surprised by this pick, but this was my first foray into John Hughes, the writer. Mr. Mom was a witty look at parenting in the 80s from a new perspective. Stay at home moms were very much a thing for a very long time, but as the 80s unfolded and more and more women went to work, things started to shift. Dads were taking on the role of homemaker. And as Hughes showed us in this comedy, with the economy changing as well, women were finding it easier to insert themselves in the workplace and become the inevitable breadwinner of the family. Michael Keaton was wonderful as Jack Butler, taking care of his three little ones after being laid off from his car manufacturing job, His wife, the ever hysterical Teri Garr, ends up going back to work as an advertising executive and climbs up the ladder quickly. Keaton takes Jack through the stages of grief upon losing his job in such a way that you feel all the feelings he’s going through. Trying to make the best of it at first, then feeling at a complete lost in uncharted territory while picking up and dropping off at school, then to falling into a pattern of soap opera watching and not showering. I am speaking as someone who once lost a job, that depiction was extremely accurate, down to the flannel shirt.

There is a reason I started off this Favorites with one of his quotes. The amount of time I use quotes from this movie is obscene. How could you not? Especially that one and its life perspective point of view. Ferris Bueller, one of Matthew Broderick’s best roles in my eyes, showcases his quick wit and sense of comic timing. Everyone idolized Ferris Bueller, but also could commiserate with him as well. Who didn’t want to skip school and spend the day with their bestie and significant other scouring the streets of Chicago? I sure as hell did, especially since the closest city to me isn’t even in the same realm as Chicago. Ferris had a confidence, a bravado that you could not help to want to emulate. He also helped propel his best friend Cameron’s bravery, mind you by having him ‘borrow’ his Dad’s beautiful 1961 Ferrari 250 GT, but giving Cameron the confidence to own up to his father’s ‘baby’ being destroyed. Not to mention the entire high school being concerned by Ferris’s well-being. I think Ferris’s parade performance sums up the allure and appeal of Bueller, Ferris Bueller. Ferris could do anything and so could you.

From the first note of Simple Minds “Don’t You (Forget About Me)” you knew what you were about to see was going to be an instant classic. You may be asking yourself why I chose “The Breakfast Club” as a whole and not just one character, but when it comes down to it, Brian (The Brain)’s definition of them solidified that even though they are individuals, they realize they are one and the same.

“Brian Johnson: Dear Mr. Vernon, we accept the fact that we had to sacrifice a whole Saturday in detention for whatever it was we did wrong. But we think you’re crazy to make us write an essay telling you who we think we are. You see us as you want to see us…In the simplest terms, in the most convenient definitions. But what we found out is that each one of us is a brain…

Andrew Clark: …and an athlete…

Allison Reynolds: …and a basket case…

John Bender: …and a criminal…

Brian Johnson: Does that answer your question? Sincerely yours, the Breakfast Club.”

There is a reason my freshman year Oral Communication class had us write about The Breakfast Club. We all are a little part of each other, even though we have our differences. When The Breakfast Club recognizes this in each other and understand that they aren’t as different as they thought they were, they become united. This really resonated with me and made me look at my own ‘tribe’ around me and others whom I felt I had less of a connection to. I came to realize the same thing as The Breakfast Club and John Hughes did, we all have very different parts that make us one whole, and when you recognize those attributes in yourself and others around you, you can make a difference.