I am not a religious man. I rejected Christianity and organized religion quite strongly in my teenage years. Yet, I would not be here today if it were not for finding forgiveness and redemption in art. I had a breakdown about five years ago. It was something that I barely endured. I won’t go into the full details of the thing, but let me just say that I was positive that there was a conspiracy against me; people thinking that I had done something terrible and unforgivable. It didn’t matter that I hadn’t, I still believed people were out to get me. I had the weight of regrets and shame crushing me. It felt like a reckoning, a consequence of having lived a bad and shameful life.

When I was at my worst, I had a plan in place to end my life. I had stockpiled the pills necessary to end my life. I could see no future for myself. My family, friends and doctors and nurses saved me, but not without considerable help from the art that made me keep hoping that things would return to normal. A particularly bad day, my father Noel came over from The Netherlands to visit me. I, my mother Mary, and Noel went out for a McDonald’s and had it in the car, overlooking the West Pier in Dun Laoghaire where we had always gone in my childhood. Noel asked me, “What is the one thing you would like to be able to do, that you can’t?” I said, “Play BioShock Infinite.” Mary and I had moved out of our longtime home in Bray and moved into my Grandmother’s house, and it still felt like I was staying over and that it was not my home. I didn’t have a television or any means to play my favourite game of all time. Noel took me to Power City and bought me a beautiful Samsung television. When I went home afterwards, it was the proper start of my recovery. 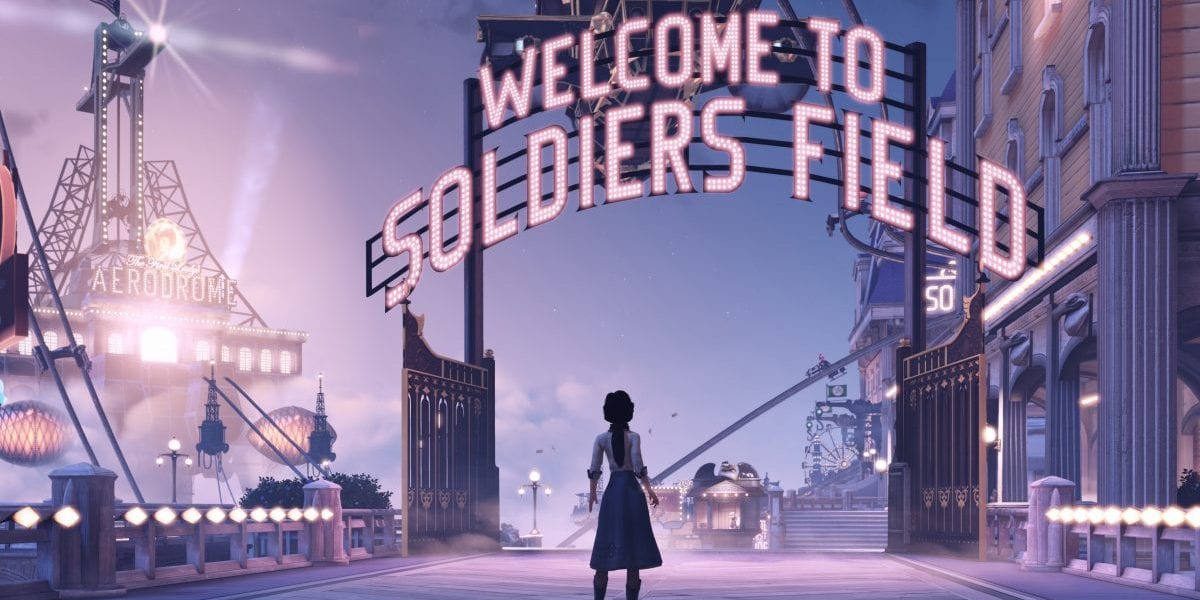 BioShock Infinite, developed by Irrational Games, was released in 2013, after what seemed to be an eternity of waiting for it. I adored both BioShock 1 and 2, though especially the original. It was a way to escape the pain of this world, even given the fact that the stories play out in a Dystopia; Rapture, a city under the sea in the first two games, and Columbia, a city in the clouds in Infinite. BioShock changed the game when it came to storytelling. There had been very few games that have matched the depth of emotion and complex philosophy and themes. Based on Ayn Rand’s novel Atlas Shrugged, it is the story of how a city of free markets and free humans, fell to pieces because of a lack of compassion. BioShock Infinite was a follow-up to that game in spirit, if not in all of the details. Instead of the libertarian wet dream of Rapture, Infinite takes place in Columbia. Here, the founding fathers of the United States are worshipped as gods, and the worst tendencies of the US are on full display; namely its shameful history with slavery, racism and a general lack of compassion for those who were not born privileged.

Whereas in BioShock you embody a silent protagonist, most likely in order to be able to represent the many different players, in Infinite you are Booker DeWitt, an ex-Pinkerton who has a past he would rather forget. One of the most fallacious criticisms of Infinite was the argument that the morality of the game was problematic. The level of violence was heavily criticized as was the way that racism was examined. I’m not going to get into a heavy dissection of why this is so unbelievably wrong-headed and ignorant, but let me just say that the entire story revolves around the idea that you are playing as a bad man; someone who has committed heinous crimes and who is capable of extreme brutality and violence. In melding your own regret and guilt and sins with those of Booker, you go on this journey with him and find redemption together. 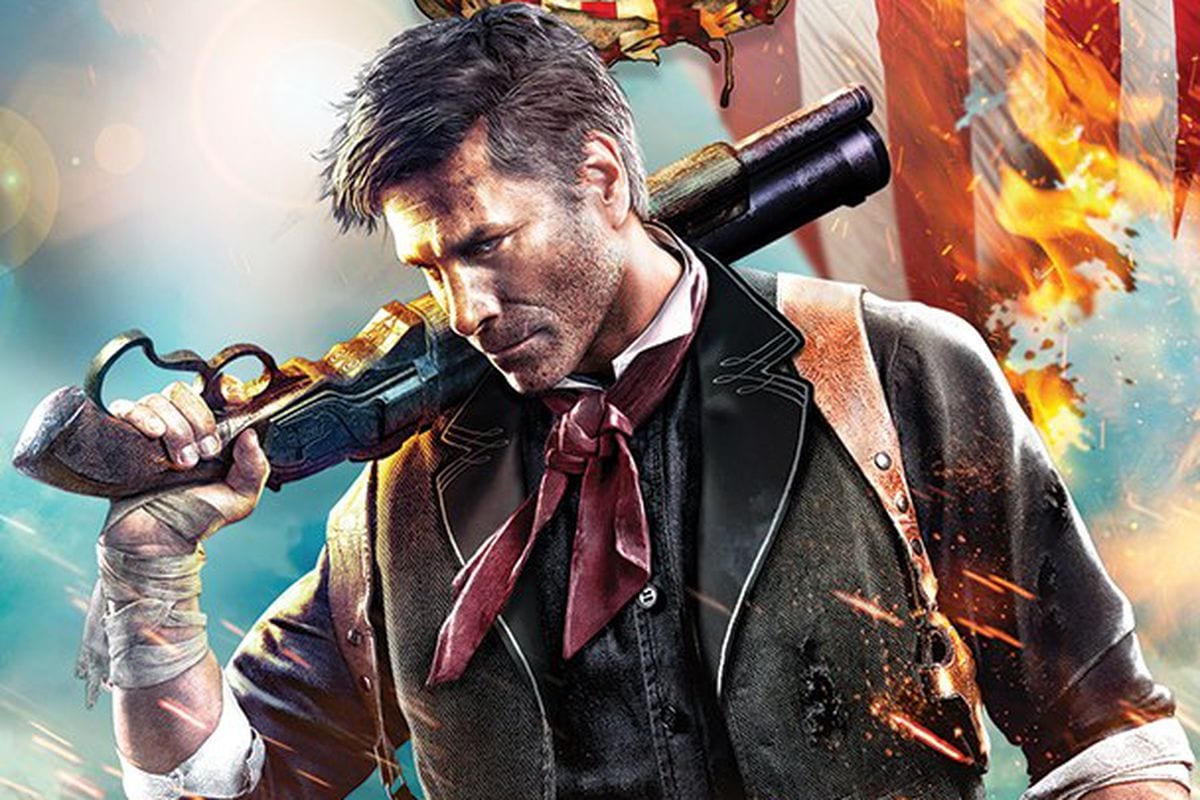 The contrast between the beauty of Columbia and the evil that lies at its heart and creation reflects the same push and pull between the good and bad in all of us. It is this duality that allows the game to go deeper and in more profound ways than if the line between good and evil was more clearly defined and easier to digest. In a culture that is increasingly interested in righteous certainty, at the expense of nuance and degrees, BioShock Infinite was bound to make the player uncomfortable at the actions they take during the course of the game. This is entirely the point. In making the player complicit in the crimes of Booker DeWitt—in all of his infinite forms—the individual is made to confront their own dark heart and capacity for wrongdoing. If one is so lily-white and pure that they find nothing to relate to in this most human of struggles, then I humbly suggest that they are in the minority and that their time would be better spent in acts of charity and attempts to advance world peace, and not in spending their time shaming those who are not so blessed. 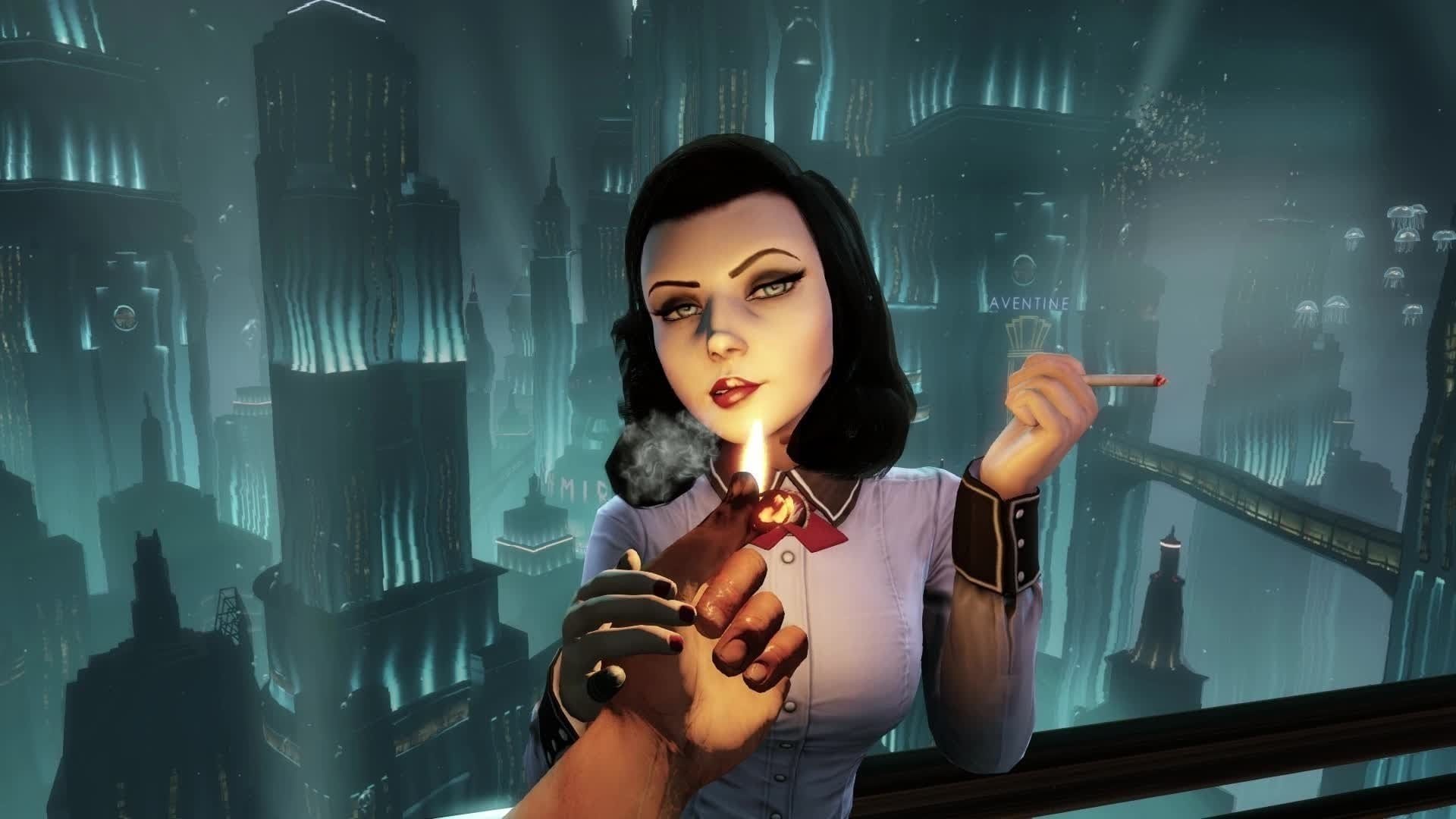 For me, it is in art that I seek redemption. BioShock Infinite saved my life. No, I am not exaggerating. It was the force that stopped me from suicide. It allowed to confront the mistakes in my life and forgive myself. I will try to express why it allowed me to do this. Infinite is both an escape from the drudgery of day-to-day life, and a confrontation and examination of it. The sheer spellbinding beauty of the game from a visual perspective and all the sublime details gives you a thrill and a joy, from the aesthetics of the thing. It is a fully realized world that removes you from your reality and lets you forget your daily bullshit. It does not, however, make you forget your deepest troubles; they are front and centre from start to finish. It doesn’t raise them up to make you feel bad or inadequate though, it does so to allow you to overcome those fears and regrets and soul-crushing guilt at opportunities squandered.

You see, while I may not be a religious man—neither is Booker DeWitt—there is something inspiring about the thought that one can leave behind their sins and move on into a new life. When Booker enters the lighthouse and scoffs at the idea of washing away his sins — “Good luck with that, pal.” — I similarly rejected the idea as nonsense. One can’t just receive redemption because they want it. As the game took me on a journey through my own dark heart however, the idea took on a certain kind of wisdom. To confront one’s sins, not in the religious sense, but in the personal meaning of the world, is to acknowledge our imperfection but to be resolved to do our best in this world.