Everyone at 25YL is grieving today. The loss of Peggy Lipton is tough for Twin Peaks fans. She was the heart and warmth of the show for many.

Peggy lived a remarkable life; broke boundaries, changed how the world would see women—she may never have even realised the difference she made back in the 1960s, but her legacy lives on to this day.

Born in New York 1946, to a wealthy Jewish family—her father was a Corporate Lawyer, her mother, an Artist. By the age of 15, Peggy was signed to the Ford modelling agency, her willowy beauty, and long golden hair making her the poster girl of the hippie movement that was taking over America.

In 1964 the family moved from the affluent New York suburbs to West L.A. where Peggy became an actress. Then her big break came when she won the part of the “canary with a broken wing,” undercover detective, Julie Barnes, in The Mod Squad. Overnight she became famous; the Golden Girl of counter-culture.

The Mod Squad was groundbreaking. Marketed with the slogan “One black, one white, one blonde”, it dealt with issues such as abortion, domestic violence, child abuse, illiteracy, slumlords, the anti-war movement, illegal immigration, police brutality, student protest, soldiers returning from Vietnam and PTSD, racism, euthanasia, and the illicit drug trade. Peggy starred alongside Clarence Williams III, making it one of the first shows to feature an African-American in a lead role and on an equal footing to the white actors, and for depicting an interracial kiss between the pair.

Off-screen, Peggy was experiencing the world of ‘free love’ and openly used recreational drugs. She was romantically linked to some of the most famous men in the world: Elvis Presley, Paul McCartney, Terence Stamp, and Sammy Davis Jr, to name a few. But it was with musician and producer Quincy Jones, that she found love. Their then-controversial interracial relationship made headlines and brought them unwanted attention. Despite this, they married in 1974 and soon had daughters Kidada and Rashida Jones. Peggy put her acting career on hold at this point to take care of her family.

Behind the scenes, Peggy wasn’t doing too well. Years of child abuse by her uncle had taken its toll on her mental health, and having to deal with racism and bigotry against her biracial daughters became too much. She had a breakdown which subsequently affected her marriage. The couple divorced in 1990.

Then the small town of Twin Peaks came calling.

It is hard to convey just how important to Norma Jennings was to the show. As the owner of the heart of the town, the Double R Diner, her warmth and grace as she welcomed every new customer made us feel like this was our home. We wanted to be there—to taste the damn fine coffee, to indulge in massive, massive quantities of her homemade cherry pie. We longed to see that beautiful face smiling back at us.

Peggy brought elegance and class to Norma’s character. She had experienced many violent relationships in her own life, so the portrayal of her marriage to Hank was played from the heart. She took the role and made it real, never over-dramatised. Norma was long-suffering but nowhere near broken.

The relationship between her and Big Ed Hurley did something quite extraordinary: it made viewers root for an affair. For cheating to be championed, it is usually because the spouse is abusive or unlikable, but that was never the case here. We all wanted Norma and Ed to make it. We knew their love was as true as it gets, and yet it didn’t make us love Nadine any less either. There was no bad guy. Their love affair was never seedy or sordid but passionate nevertheless. They didn’t try too hard to stop it when they had the chance—because they couldn’t. At the same time, they couldn’t really be together, and that was the saddest story of all. So close, yet a million miles apart. 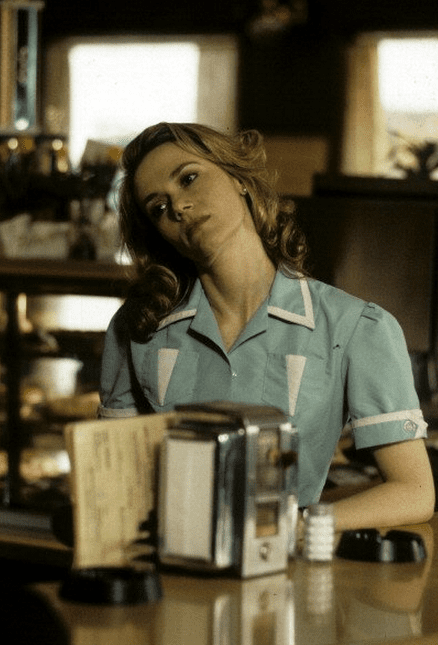 Norma understood Ed’s situation and never asked him to leave his wife. She never asked because she knew it could break her, and Norma was not a cruel woman. While she longed to play Nadine’s role in Ed’s life, she couldn’t hate her for her situation; these were just the cards life had dealt them all. She understood why he stayed, and it was because he was a good man that he did.

Yet the pain was there to see in Norma’s eyes. Even with the brightest smile on her face, loneliness was hiding behind. The most inspirational thing about Norma was how she didn’t allow the unfairness of life make her bitter. She kept on going, giving out love to her community, pouring her energy into her business—ensuring that a legacy would be left for Shelly, the daughter she never had.

Norma’s love for Ed was so pure that she didn’t need to settle for anyone else. Yes, she dated other guys, but none of them fit as Ed did. While she likely had no hope left at all that she and Ed would ever be together, she knew there was never going to be anyone better either, so she carried on with her life as a lone wolf for the most part. Norma was tired but never defeated.

Peggy Lipton brought such enduring strength to the character which could otherwise have seemed so fragile considering all she’d been through. No-one else could ever have played this emotionally complex role with so much compassion and dignity. Her own life played out similarly. She never remarried after Quincy Jones; she dated but did not settle with anyone else.

Thankfully, she was brought back to play Norma for Twin Peaks: The Return and fans were given a moment we (and Ed and Norma) never believed was coming. After almost 50 years of patience and longing, Ed was set free to be with his one true love. In a scene that will be remembered for many years to come for its emotional impact—with Otis Redding’s “I’ve Been Loving You Too Long (To Stop Now)” building to a crescendo—the stars turned and the time for them to be together finally presented itself. Two actors over 60 years old acting out the most romantic scene in anything Lynch and Frost have done before or after, is something infinitely special. 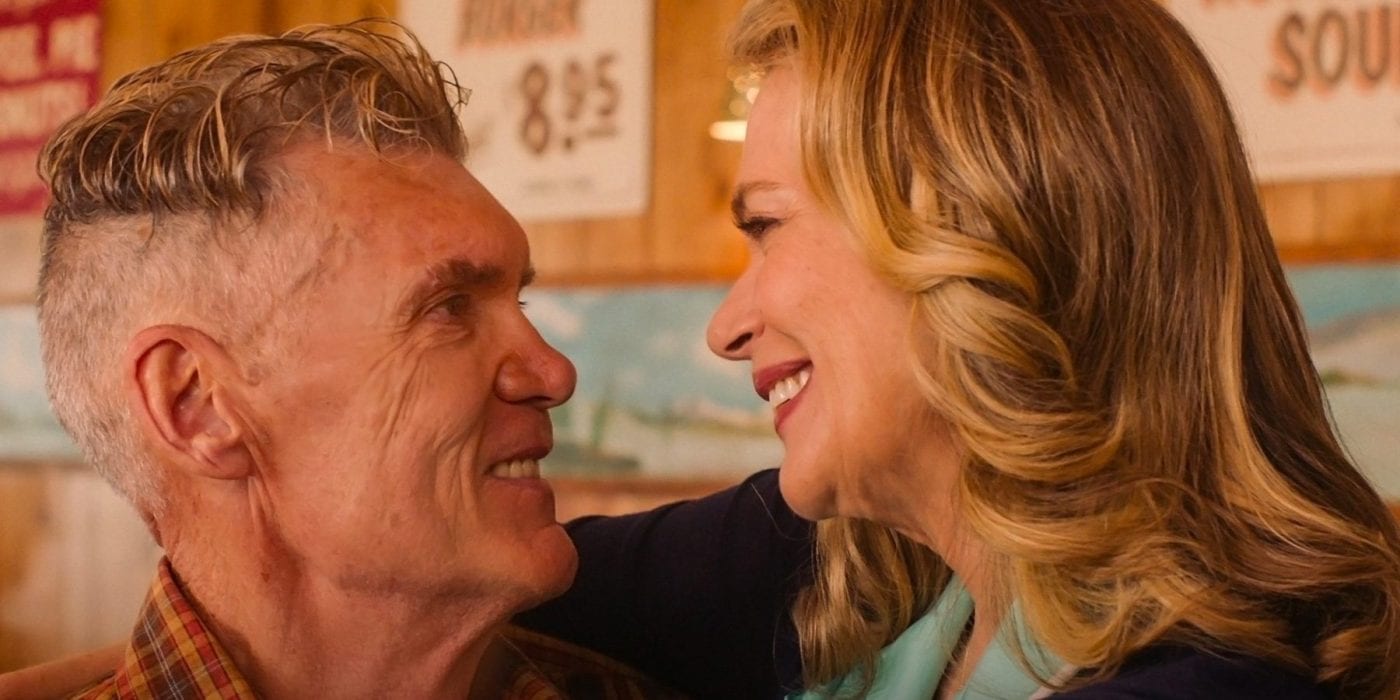 This is why our hearts are so broken today. Peggy Lipton made our dreams come true. As Norma, she brought joy in the saddest moments, balanced the darkness with her light and reminded us why we kept returning to Twin Peaks after all these years. She was a mother to us all—comforting and warm, our happy place. She paved the way for strong women who knew what they wanted and were determined to get it, no matter how long it took.

In 2003 Peggy was diagnosed with colon cancer after a routine check-up. She underwent surgery and chemotherapy to battle the disease. After 22 treatments she told her doctor she was not going to do anymore—she understood her body well enough to know that it was done. Peggy brought that self-determined streak—so evident during her arduous battle with a serious disease—to the characters she played. She was also admirably honest. Most women in the public eye won’t admit to bouts of anxiety; she freely did. In her younger years, she spoke with a stutter and had severe self-esteem issues. When asked about how she combated that, she said: “When I start getting negative, I realise I need to put grace and joy and self-appreciation in my life.”

Her death from cancer was announced Saturday 11th May by her daughters Kidada and Rashida Jones;

“She made her journey peacefully with her daughters and nieces by her side. We feel so lucky for every moment we spent with her.”

Peggy was the golden girl we had all wanted to be. But it was the vulnerability, combined with strength that lurked beneath the beauty and coolness, that made us all love her so much. She will forever be remembered as the Princess of Flower Power and the Queen of Twin Peaks.