Mental health has been an issue addressed in some of the most well known and most respected films in the history of cinema. I would bet, even as you are reading this, you’ve already had a couple of titles pop into your head. Some of these films address the issue more honestly than others. I will be looking specifically at the 2001 film A Beautiful Mind and examining why I feel the film, although a beautiful example of Hollywood magic and vehicle for much needed and much deserved attention to mental health, does a disservice to those who live with serious mental health conditions such as paranoid schizophrenia.

I recently re-watched A Beautiful Mind for the first time since it first premiered in 2001 and I went into it already planning on still hating it. In fact, I was dead set on not liking it before I even hit play. So you can imagine my intense ire when I found myself liking this film…a lot. After re-watching the film I was a mess. I was crying, I was laughing, heck I even stood up and clapped a few times. I was now convinced I had been wrong the entire time. A Beautiful Mind is a wonderful movie, I said to myself through my happy tears. Ron Howard hit every note perfectly. Akiva Goldsman’s adapted screenplay, it appeared, stayed true to Sylvia Nasar’s book of the same name, as Nasar has said the filmmakers “invented a narrative, that while far from a literal telling it stayed true to Nash’s spirit”. Russell Crowe and Jennifer Connelly delivered pitch-perfect performances with an amazing supporting cast that lists like a who’s who in Hollywood. People such as Judd Hirsch, Anthony Rapp, Christopher Plummer, Ed Harris, Adam Goldberg, and Josh Lucas. Even John Nash himself made a surprise appearance towards the end of the film.

After I had time to let the magic of Hollywood’s spell wear off it is the omissions of truths leading to the atypical manner in which they portrayed paranoid schizophrenia that began to disturb me most about this film. In the name of full disclosure I feel it is important to state that since I saw the film the eldest of my 2 paranoid schizophrenic brothers committed suicide and I spent over 10 of those 18 years since I first saw the film as a mental health professional, as I am sure this affects my views on many, many levels.

Now, as Nasar stated, the movie stayed true to the spirit of John Nash…the spirit, but not the facts. So let’s get some facts on schizophrenia. According to NAMI Iowa schizophrenia; 1) is a disease of the brain which affects a person’s ability to think, feel, and relate to the environment 2) affects 1.5 per cent of the general population. It is twice as common as Alzheimer disease, five times more common than MS, and 60 times more common Muscular Dystrophy 3) is not caused by bad parenting or a personal weakness. Rather it is a biological illness of the brain 4) is not a form of mental retardation. Mental retardation is a developmental disability present from birth that affects one’s intellectual capacity. On the other hand, schizophrenia is a mental illness typically having its onset in adolescence or early adulthood. And Ann Olsen Psy.D says in her article written for psychologytoday.com entitled Beautiful Myths and the Minds of Schizophrenics,  “The distribution of I.Q. scores in those who are schizophrenic are positively skewed as compared to that of those without schizophrenia. This means that there is a greater chance than the norm for schizophrenics to score as less intelligent on the distribution of the bell curve. The curve of the distribution for schizophrenics depicts a higher percentage of schizophrenics falling below normative intelligence.” 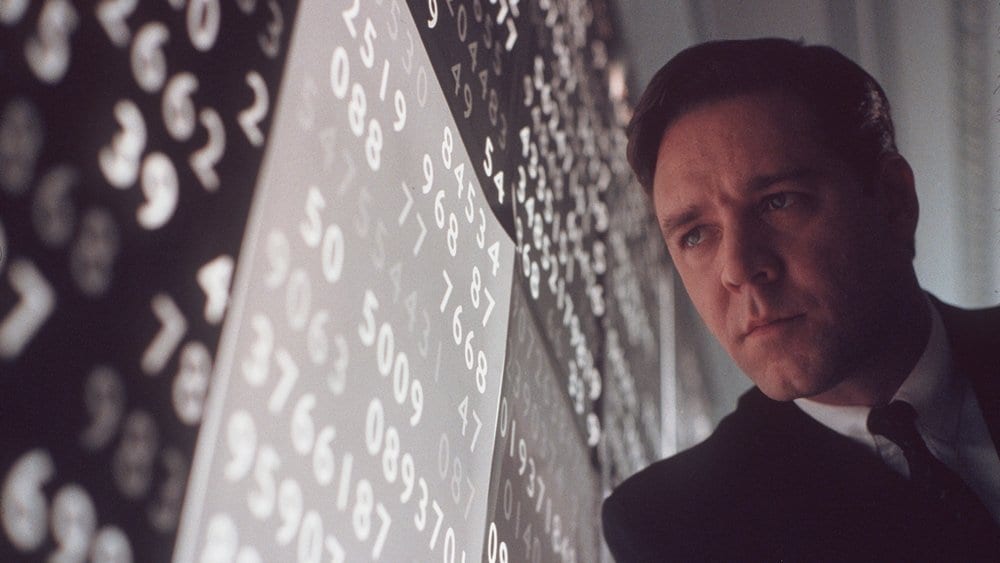 Right off the bat, we can see one of the biggest factors that make both the Hollywood version of John Nash and the real-life John Nash an atypical example of a person with schizophrenia is his immense intelligence and high I.Q. Both versions of John Nash were awarded the Nobel Memorial Prize in Economic Sciences (1994) for his “Nash Equilibrium” economic theory. However, in the film, Nash uses his Nobel Prize acceptance speech to pay tribute to his wife Alicia. When, in reality, Nash was not asked to give a Nobel lecture. He did, however, give a short speech at a small party in Princeton. Nasar’s synopsis from her book rang true to me because when I asked my youngest brother with schizophrenia to be a groomsman in my wedding he said he would be uncomfortable standing in front of so many people. Here is what Nasar had to say in her book:

“He was not inclined to give speeches, he said, but he had three things to say. First, he hoped that getting the Nobel would improve his credit rating because he really wanted a credit card. Second, he said that one is supposed to say that one is glad he is sharing the prize, but he wished he had won the whole thing because he really needed the money badly. Third, Nash said that he had won for game theory and that he felt that game theory was like string theory, a subject of great intrinsic intellectual interest that the world wishes to imagine can be of some utility. He said it with enough skepticism in his voice to make it funny.”

Another very much glossed over part of Nash’s life in the movie is his marriage to Alicia. In the movie, Nash uses his Nobel Prize acceptance speech to pay tribute to Alicia but as we just learned he did not give the speech presented in A Beautiful Mind. The real-life version of John Nash and Alicia Larde were married in February 1957 and their son, John Charles Martin Nash, was born May 20, 1959. According to Nasar, on the day after Christmas in 1962, Alicia filed for divorce. Her papers stated that Nash blamed her for twice committing him to a mental institution. He had moved into another room and refused to have sex with her for more than two years. By 1965, she hoped to marry another math professor, John Coleman Moore. Nash moved in with Alicia again in 1970, and it’s true that her patience and concern played a critical role in his recovery from schizophrenia. But she referred to him as her “boarder,” she writes, and “they lived essentially like two distantly related individuals under one roof” until he won the Nobel Prize, then they renewed their relationship. 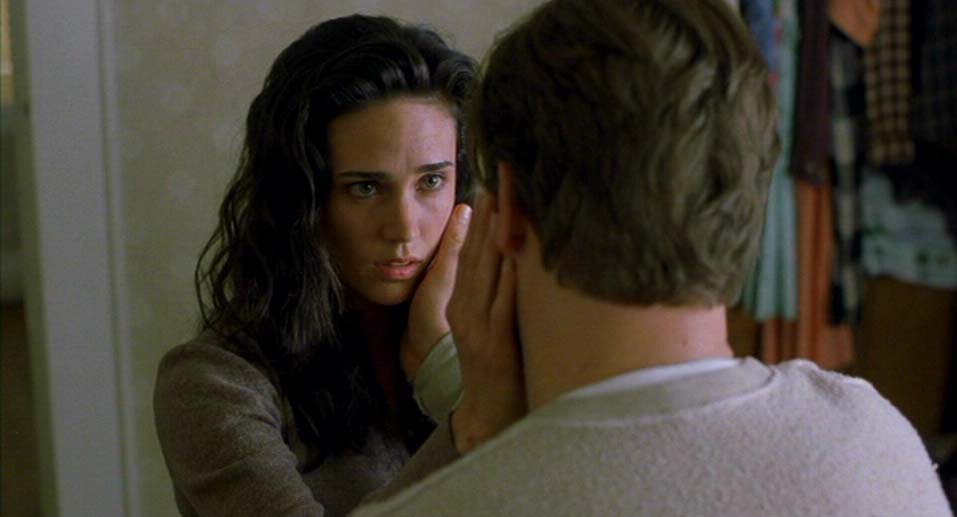 John Nash also fathered a son with a woman by the name of Eleanor Stier, a Boston nurse. According to Nasar, In 1953, John David Stier was born to Eleanor, Nash was 25 at the time. (Nash’s other son, who is depicted in the movie, is also named John, and who later developed schizophrenia) she says in her book “though single, Nash was unwilling to care for Eleanor or John, and John had to be placed in foster care for a time. In 1956, Eleanor was forced to hire a lawyer in order to get Nash to pay child support.”

Lastly, I would like to address Mr Nash’s refusal to take his medication and his hiding of this refusal, because although this worked for Nash in the film, in reality, this can be a quite dangerous thing to do without first consulting a physician. According to Web MD, there are several reasons a person may refuse to take their medication and it is important to understand these reasons, both for the person with the mental health and their loved ones.

“First, they may not realize that anything is wrong. Among people with schizophrenia, 50% may have anosognosia, a brain problem that makes them think they’re not ill. And if you’re not ill, why would you take medication? Secondly, they may not accept the diagnosis. Many people with schizophrenia get diagnosed when they’re young. Finding out that they have a serious mental illness can be hard to take in. Every time they take that medicine, it’s a reminder of something they don’t agree with. Thirdly, these are some of the harder psychiatric medications to take. Finding the right dosage or combination often takes time. Prescribing doctors may have to try three different brands before settling on something that works. In the meantime, your relative or partner may find the side effects tough to take. It can be a hard process to ride out. Finally, some people with schizophrenia stop taking medication when they feel better. But that can backfire. Cutting back on or stopping the medication too soon can cause your symptoms to come back. Most people with schizophrenia take what doctors call a maintenance medication to keep things stable”. 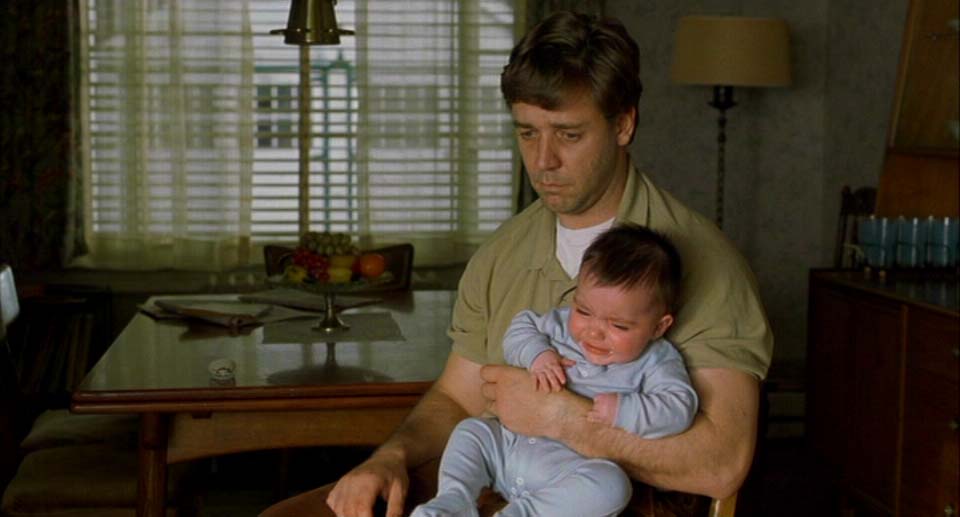 From my personal experience as both the sister of two brothers with paranoid schizophrenia—one who committed suicide while off of his prescribed medications, and one who struggles to this day with self medicating with illegal drugs and alcohol—as well as being a former mental health professional, I can say with a high degree of certainty and more facts than you would wish me to list as to why it is extremely dangerous to stop taking your psychiatric medications without the supervision of a licensed Doctor or Psychiatrist. I honestly cannot stress this enough.

Furthermore, John Nash, both the Hollywood version and the real John Nash, as we earlier learned has a much higher than average intelligence than the majority of individuals with schizophrenia which helped him to be able to rationalize his thoughts and understand his disease in a way that most people with schizophrenia, including both of my brothers, are/were able to do.

I truly thought A Beautiful Mind was a beautiful film. But it was a film. And like with any piece of art the artist changes things, rewrites things, omits things, and creates things to make it appealing to the proper audience through the proper medium which can and does make for beautiful art; beautiful art that can become dangerous when seen as anything more than beautiful art with a heavy dose of Hollywood magic.